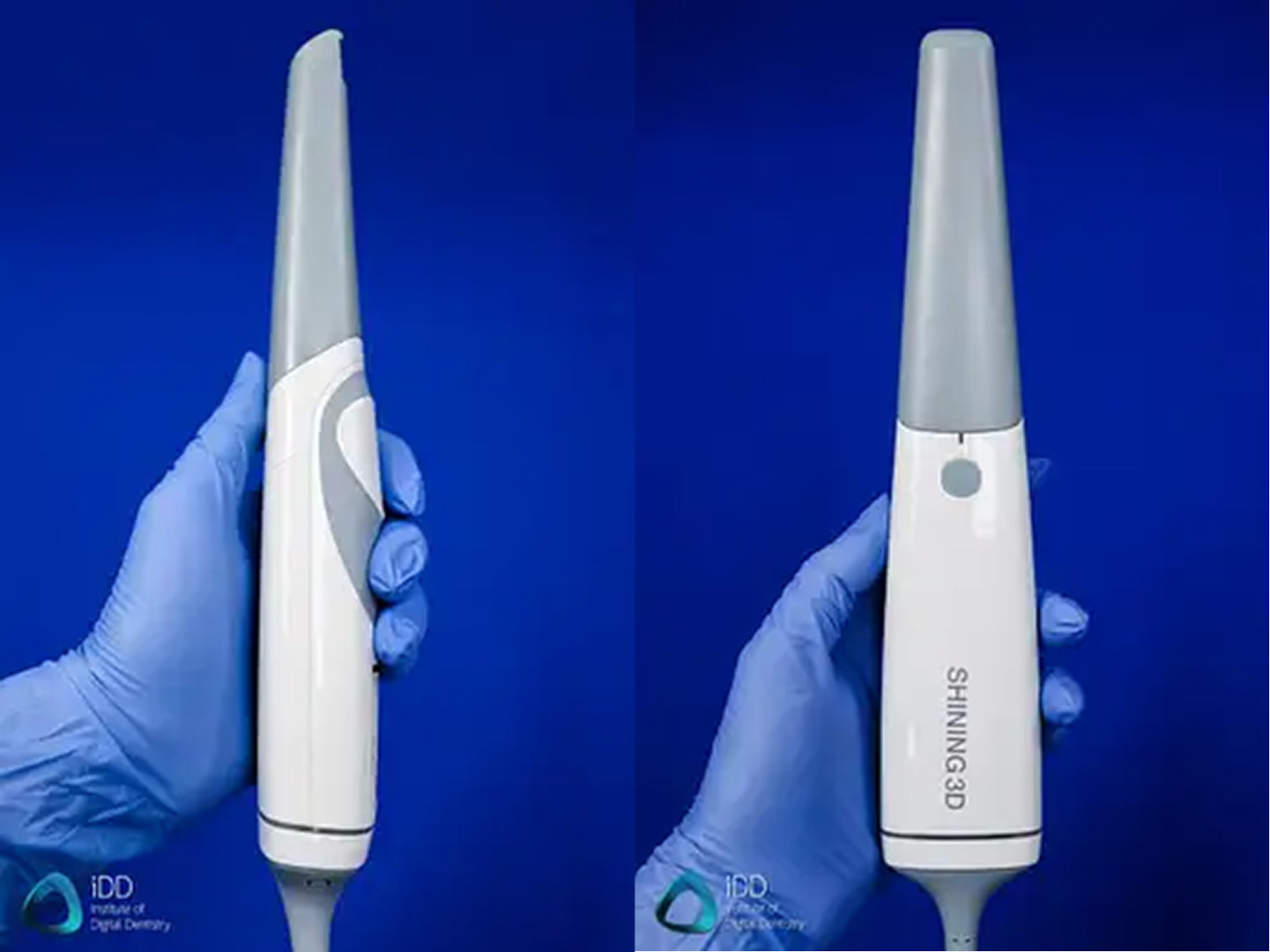 Figs. 1 & 2: Aoralscan 3 is one of the smallest scanners on the market.

Aoralscan 3 is a high-performance scanner. It is very fast and provides a smooth scanning experience. It can be considered one of the best Chinese scanners on the market. The scanning process is efficient, and the artificial intelligence (AI) is excellent.

This scanner has impressive scanning speeds, especially given its very low cost. Considering scanning speed alone, it competes with much more expensive scanners on the market, such as Medit i700, TRIOS and iTero. We achieved full-arch scans easily within 30–35 seconds.

It is equipped with intelligent algorithms to make the scanning process easier and faster. Soft tissue is removed automatically and accurately, and bite registrations are fast. The scanner quickly finds its place again when the scanning is paused and restarted.

There are no loading screens between each scanning stage during the scanning workflow, making the workflow fast and efficient. Very brief processing occurs when switching between jaw scans, but this is barely noticeable. Instead, the majority of the processing occurs after all scans have been completed. This final post-processing took about 3–5 minutes for most cases, which is about average across all scanners, on our high-performance laptop.

Aoralscan 3 is super-ergonomic and a huge improvement on the Aoralscan 2. It fits comfortably in the user’s hand and has a narrow scanning tip that makes it enjoyable to scan with.

The scanner has some excellent added benefits, such as a remote control function built into the scanner using a motion detector, similar to Medit i700 and TRIOS. The remote control feature is well executed in the software. This feature enables navigation of the software without touching the computer, and it is effortless. The user double-clicks the scanner button to progress through the workflow (jaw scans) or clicks and holds the button to access a pop-up menu with four options—“next”, “back”, “delete” or “view the model”—and choses the desired option by waving the scanner in one of four directions. 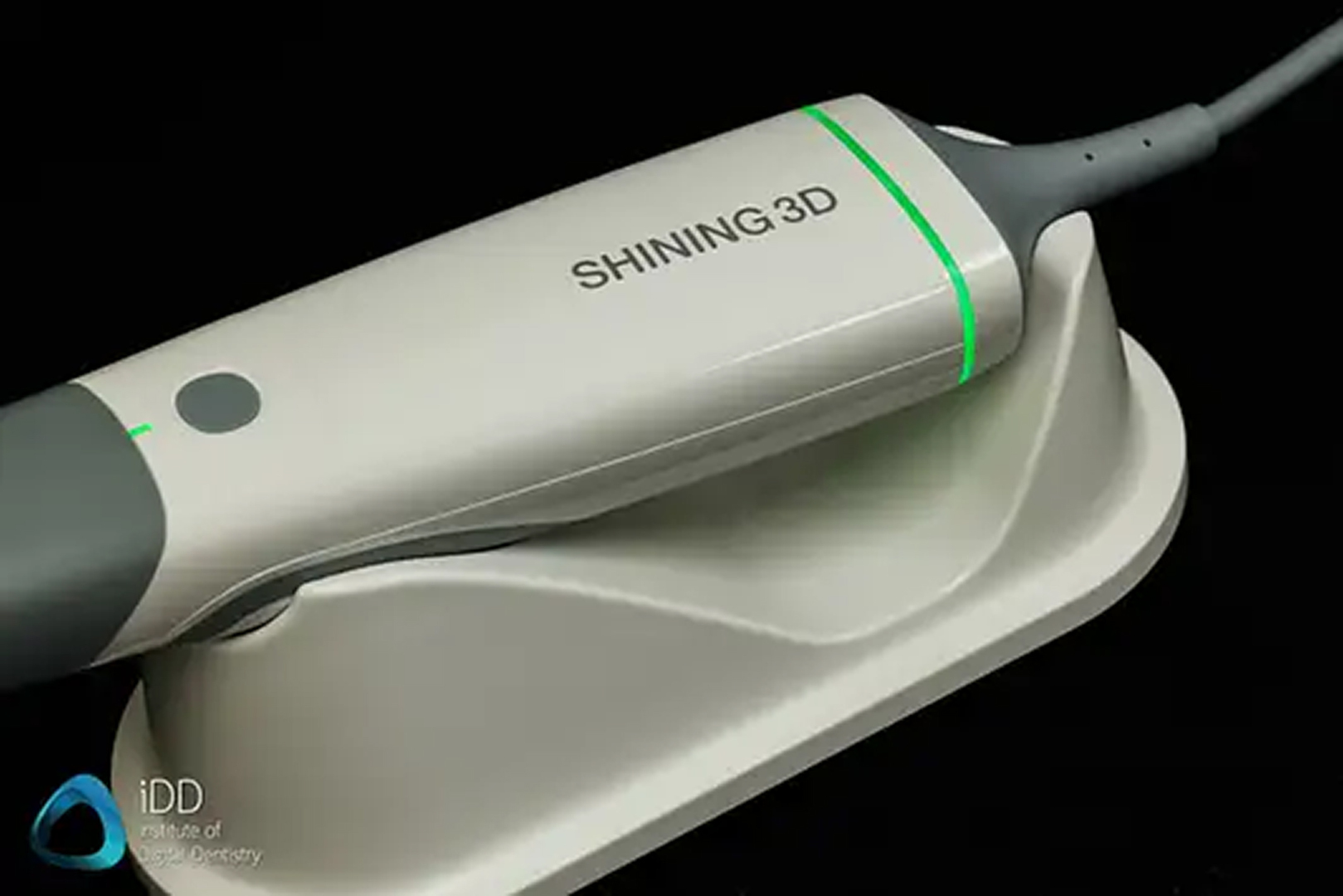 Fig. 3 & 4: The LED ring shows the scanning and connection status. 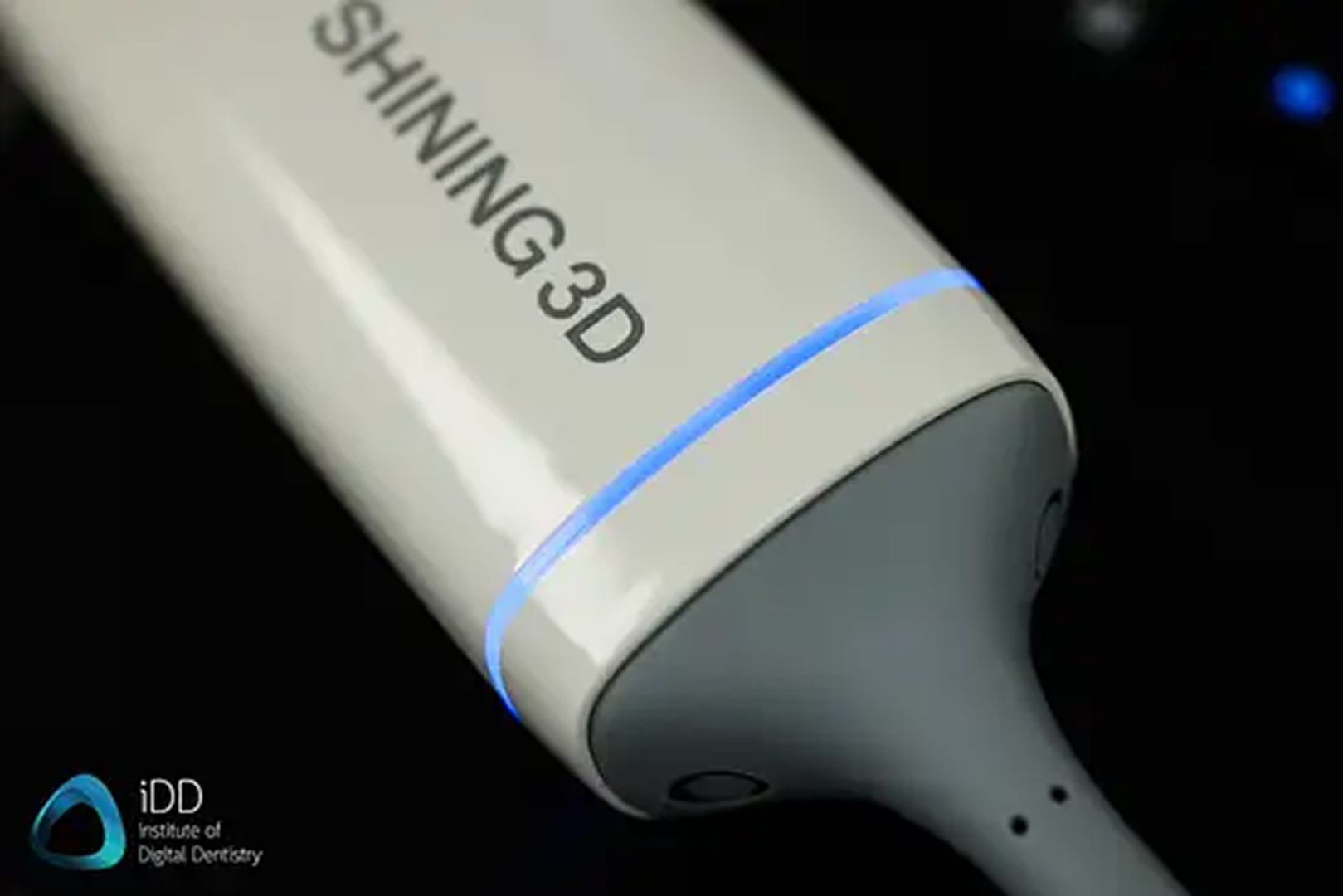 Aoralscan 3 handles full-arch scans very well. It has an impressive scanning speed, impressive AI and an inbuilt fan that prevents fogging and enables long periods of uninterrupted scanning. The scanner picks up when it is stopped quickly and is used with a similar scanning protocol to all other scanners.

Regarding accuracy, no research exists on Aoralscan 3, as is the case for most new scanners. The technology is simply outpacing research. I have personally used the scanner to fabricate crown and bridge restorations within my clinic with no accuracy problems. 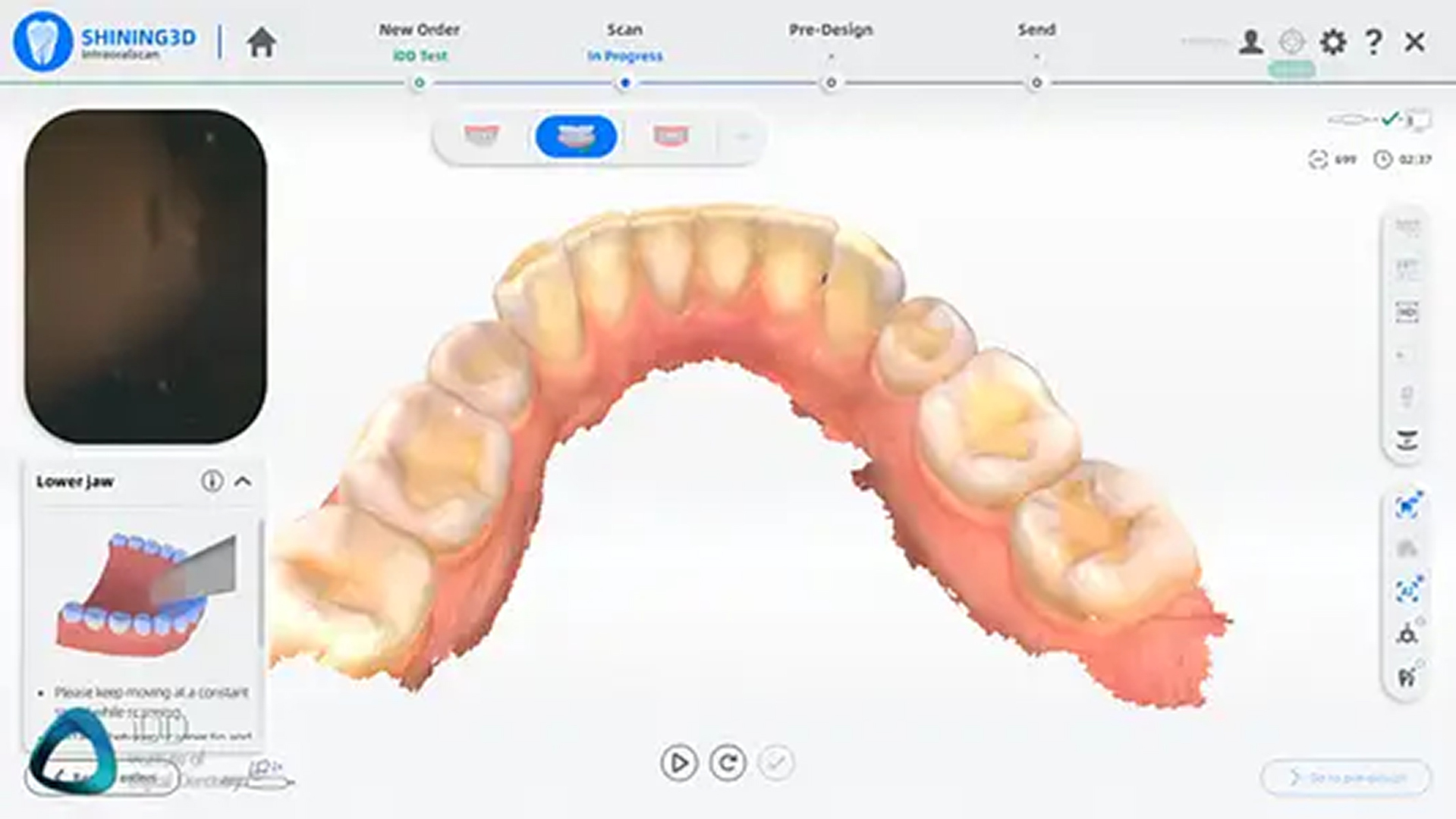 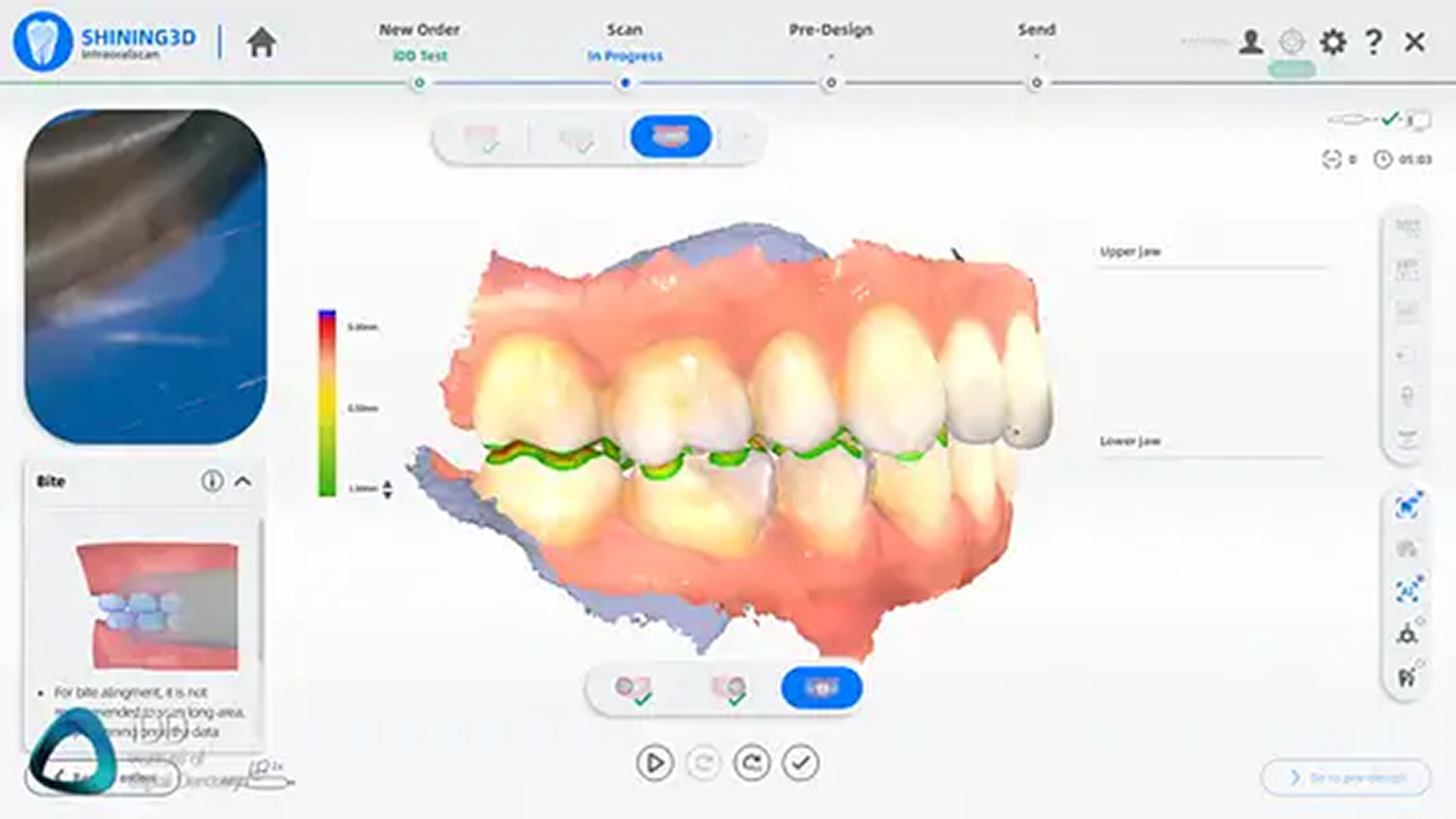 The institute tests all scanners on the market and compares scans of the same tooth preparation using different scanners. We could not see a significant deviation in accuracy when comparing scans taken using Aoralscan 3 to those taken with other IOSs and even a laboratory scanner (using Geomagic Control software).

However, there is a clear difference in the detail of the rendered colour scan. The Aoralscan 3 scans are a little less detailed. It is not the worst colour scan rendering we have seen, but it is also not the highest quality (Figs. 7–10). None of this colour data is used in the manufacture of a crown though. The colour rendering is just a nice way to see the scan in a more realistic way and see the gingiva and margins rather than in a single colour. 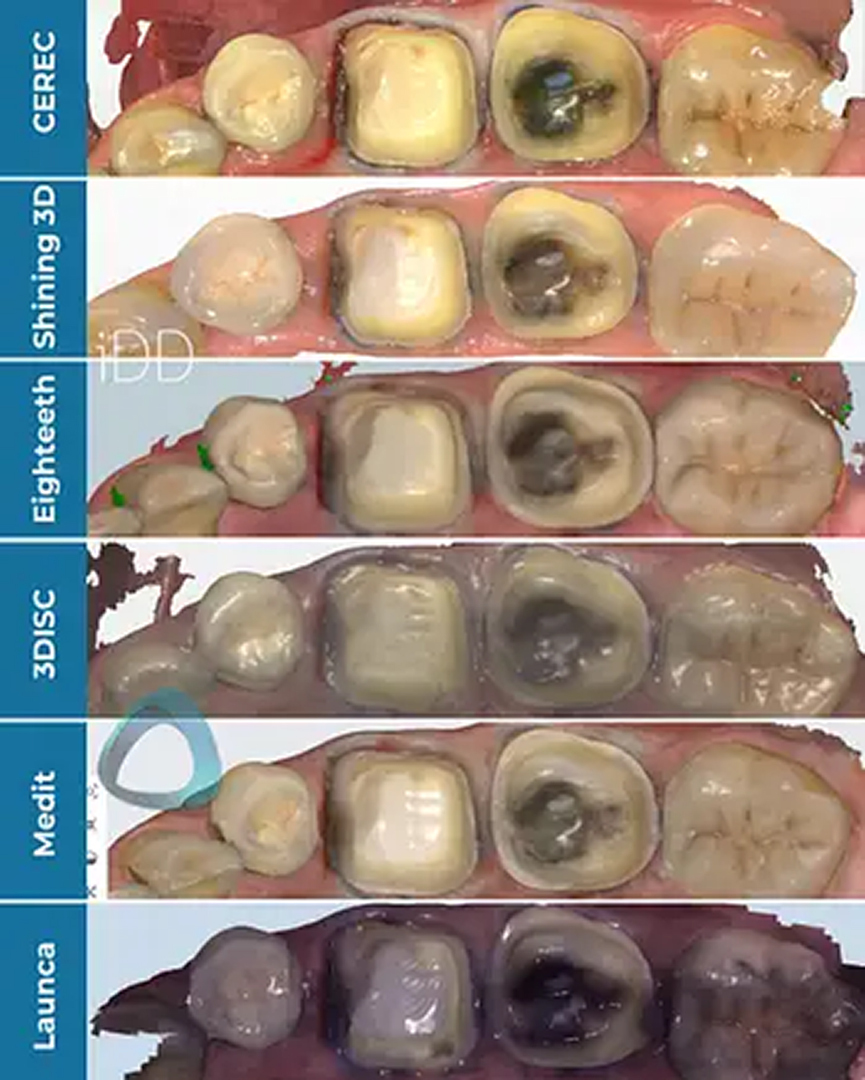 Fig. 7–9: The same preparations were scanned on the same day with six different scanners. 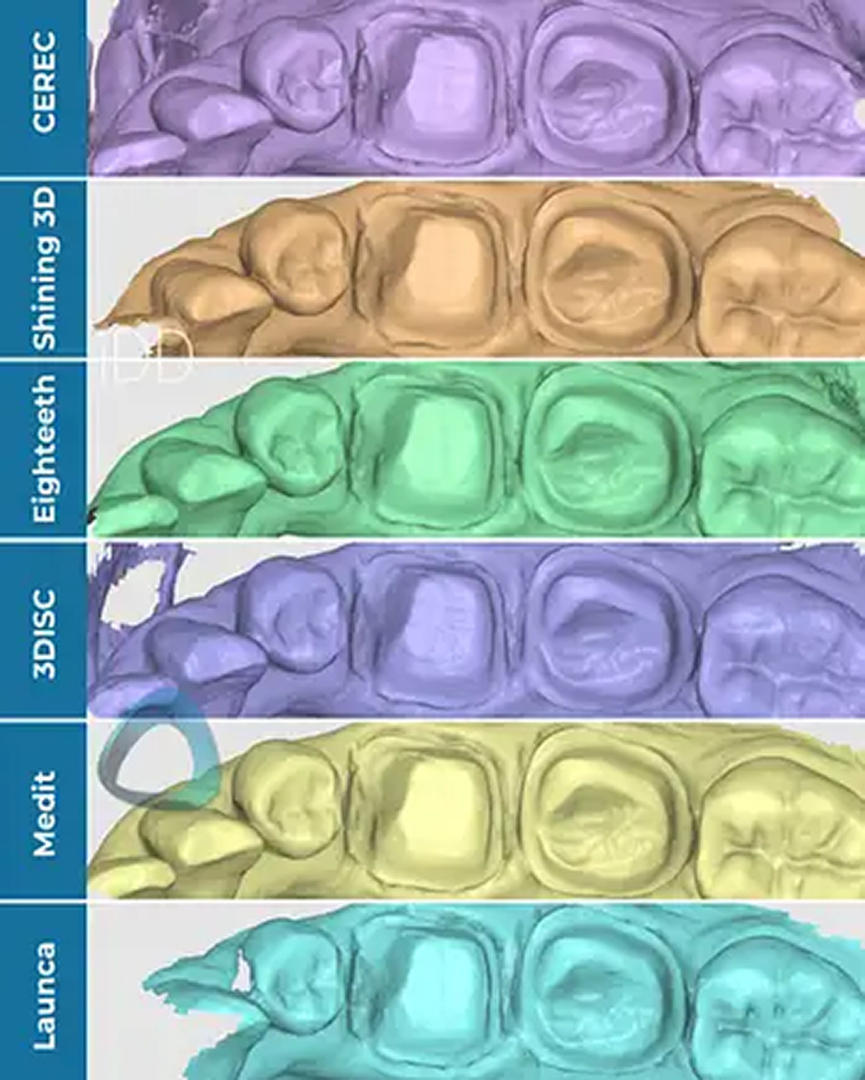 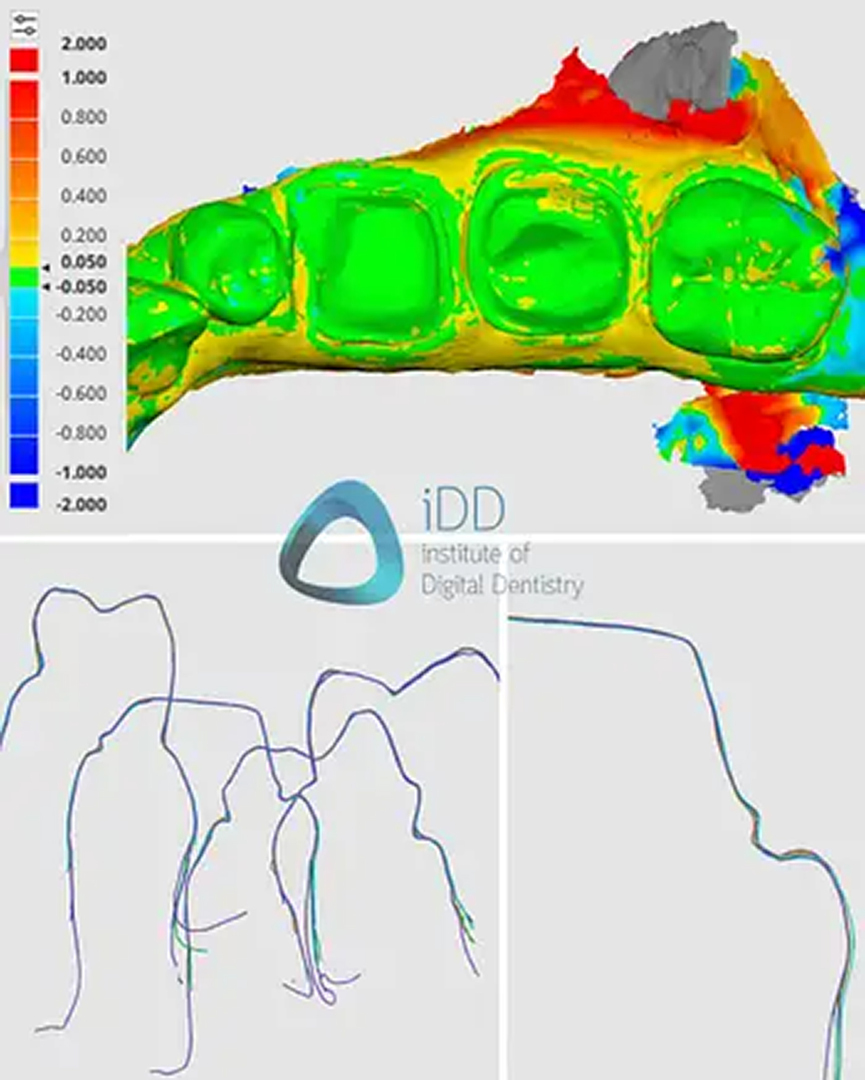 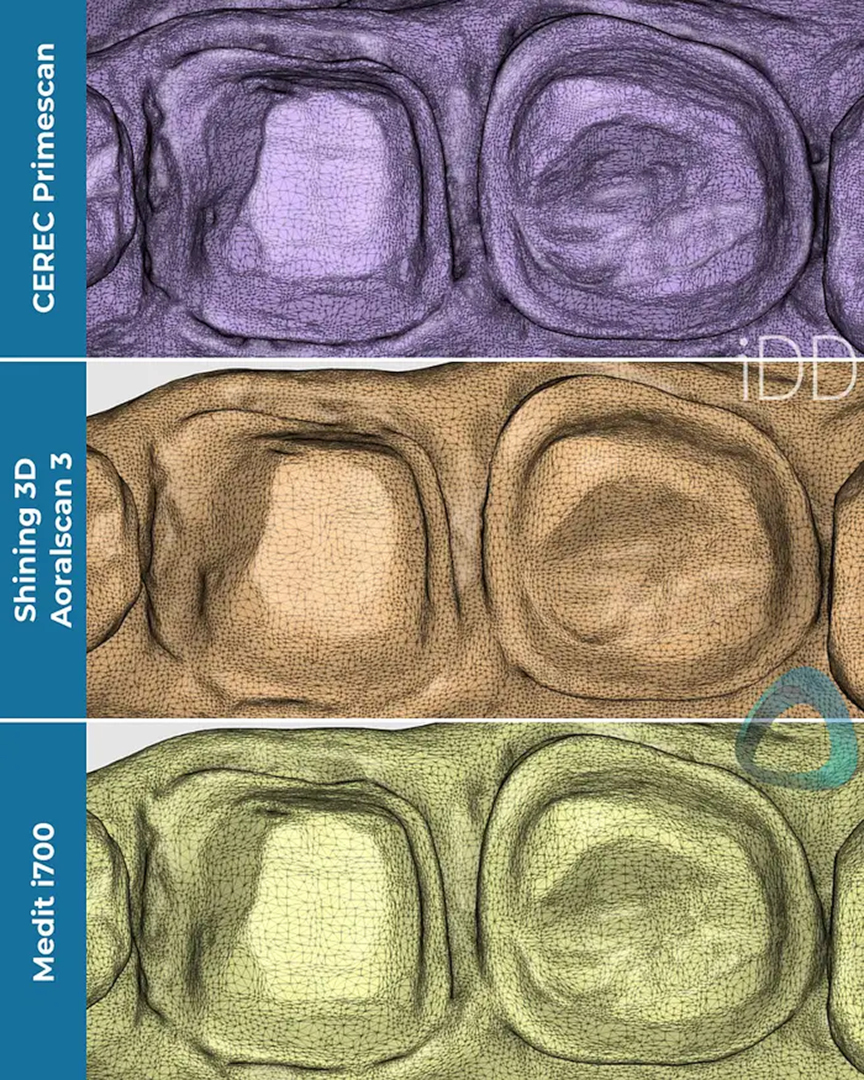 Fig. 10: Tessellated mesh with all the vertices of the scans compared. The CEREC Primescan and Medit i700 scans show detail in greater complexity, contributing to a better-rendered result in the colour scan.

The scanning image fabricated by the Aoralscan 3 software has a realistic but not lifelike appearance. The scan typically have quite high exposure, even when brightness calibration is carried out, and translucent areas (incisal edges) appear grey sometimes. After a refinement phase of the workflow, the scans are processed. After processing, some artefacts are taken care of by the software, and the final images look more realistic.

Overall Aoralscan 3 performs very well for various indications, including single crowns, implant scans, edentulous sites and deep preparations (Figs. 11 & 12). We tested full arches, quadrants, metals and edentulous areas, and it did a good job regardless. It also has a 22 mm scanning depth, which can be useful for scanning narrow or deep spaces.

One nice workflow feature we liked was that, as soon as the user finishes the bite registration (which is very quickly aligned by the software), the scanner automatically shows a heat map of the occlusion without having to click on a menu. This is very useful and is a great workflow improvement over other IOSs. 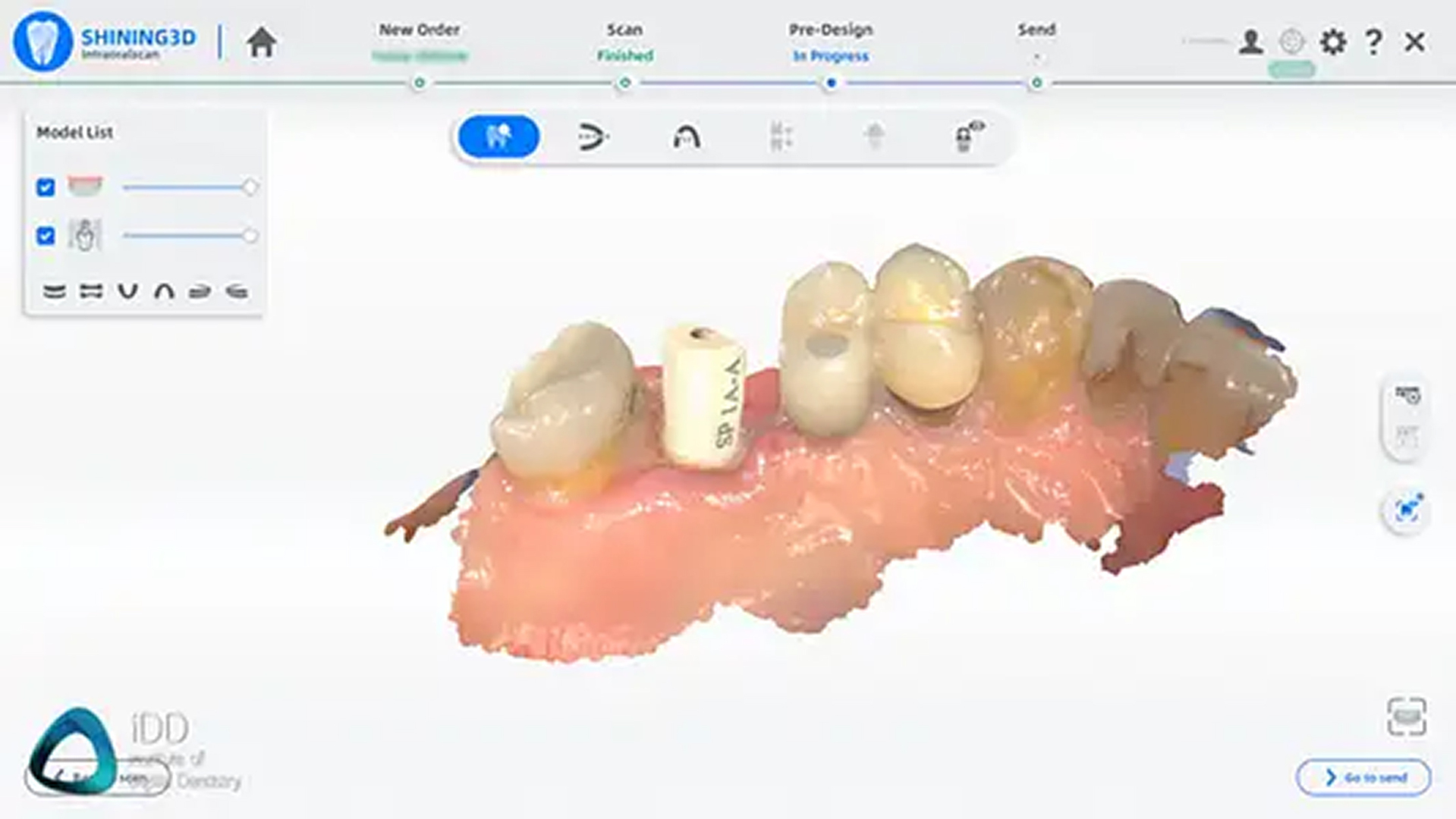 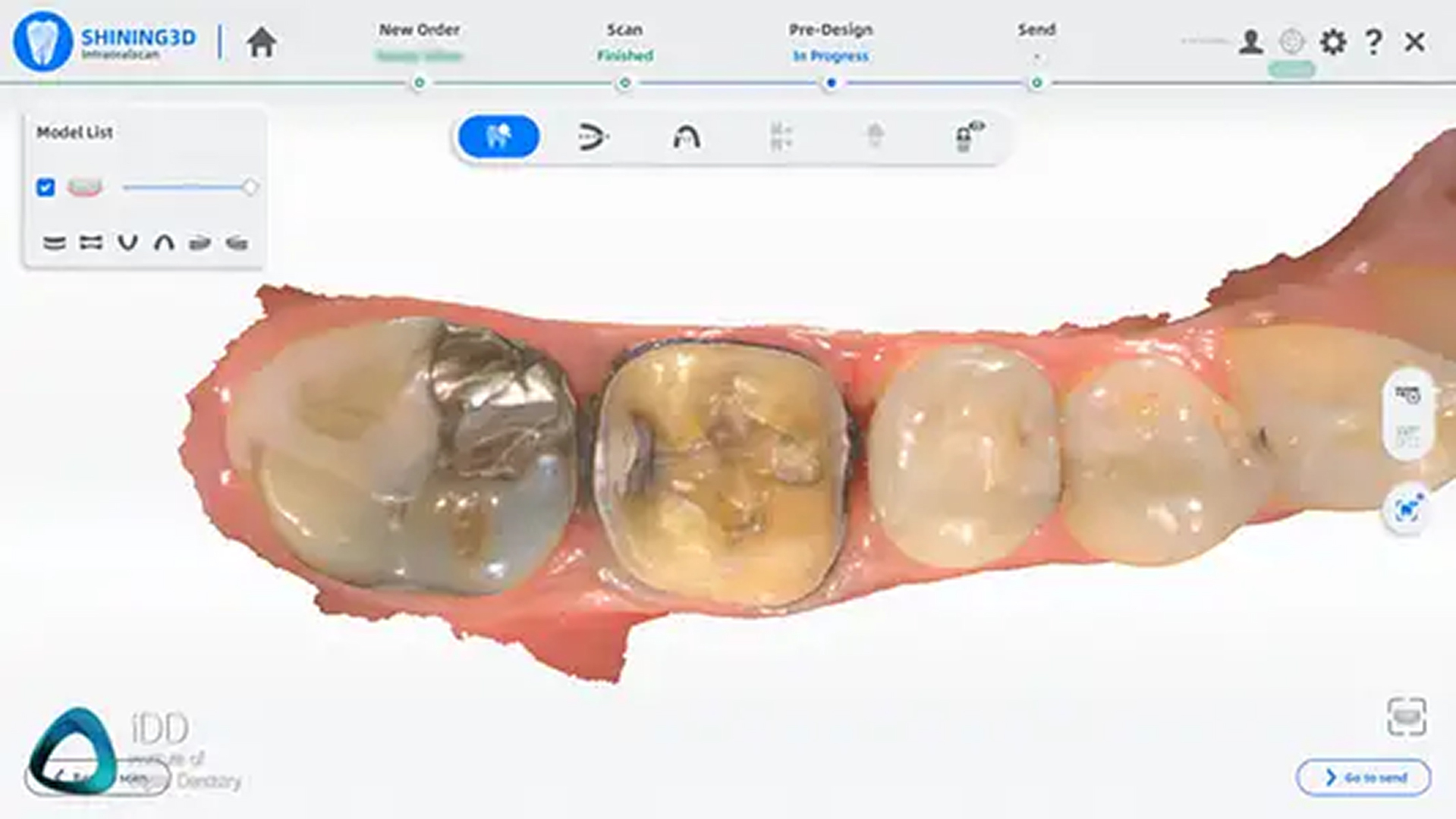 The software that runs Aoralscan 3 is called Dental Launcher. The program is installed by running the app on the USB flash drive with the scanner.

The Aoralscan 3 software is easily the best out of all Chinese scanners tested by the institute so far. Frankly, it is better than many scanners on the market. It is very impressive for an affordable IOS.

The software is modern-looking, easy to use, simplified and aesthetic and has many excellent features. The software is intuitive and efficient. It offers essential scanner software functions, such as analysing occlusion or reduction space, editing scans and removing any scanning data.

It also has extra features not commonly seen in other lowcost scanners, like undercut analysis, margin placement, scanning coordinate adjustment and direct exocad export (Figs. 13 & 14). All these features work well and are highly polished for the most part. 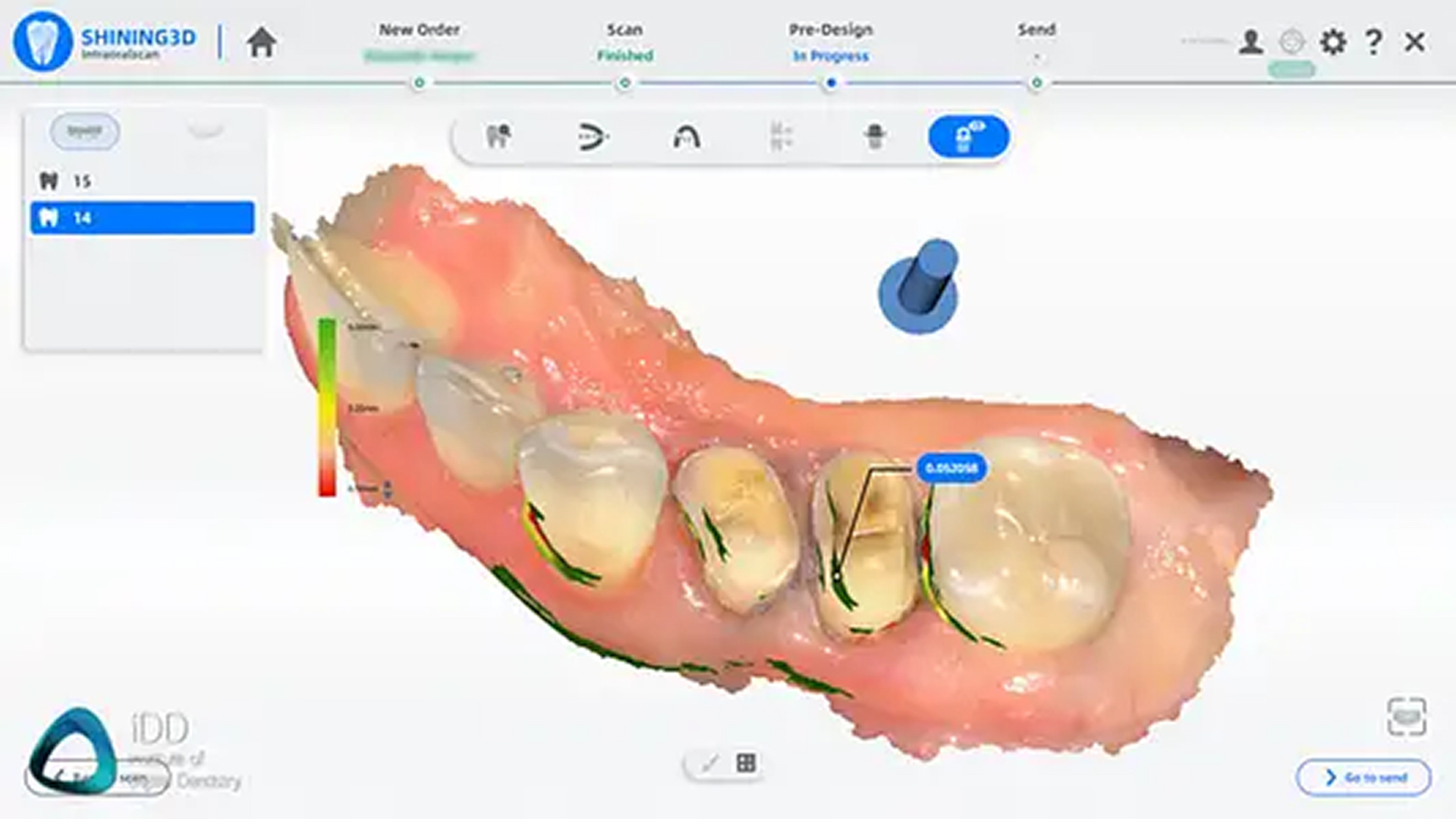 Fig. 13 & 14: A number of tools are included, such as undercut analysis and margin tools. 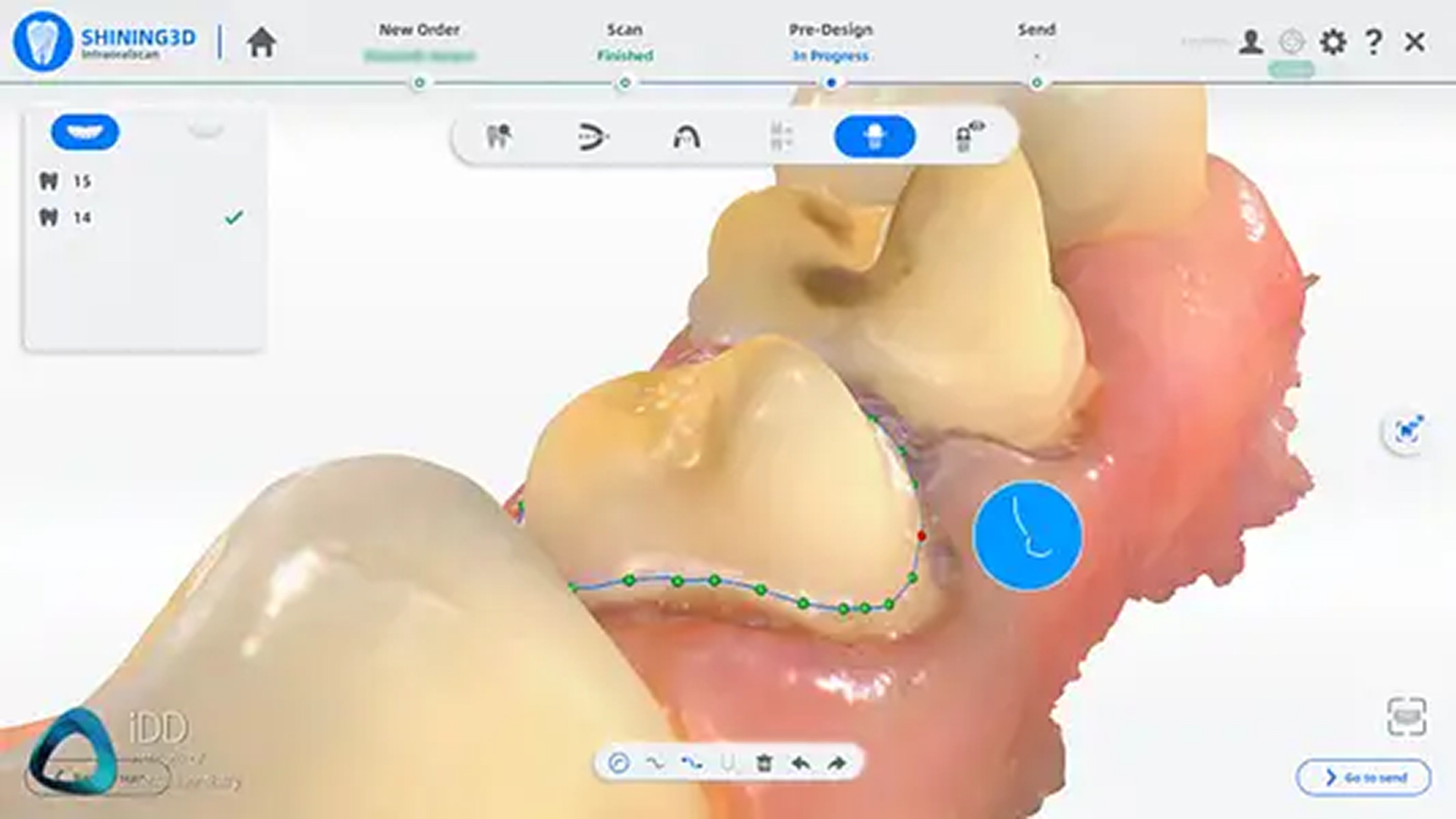 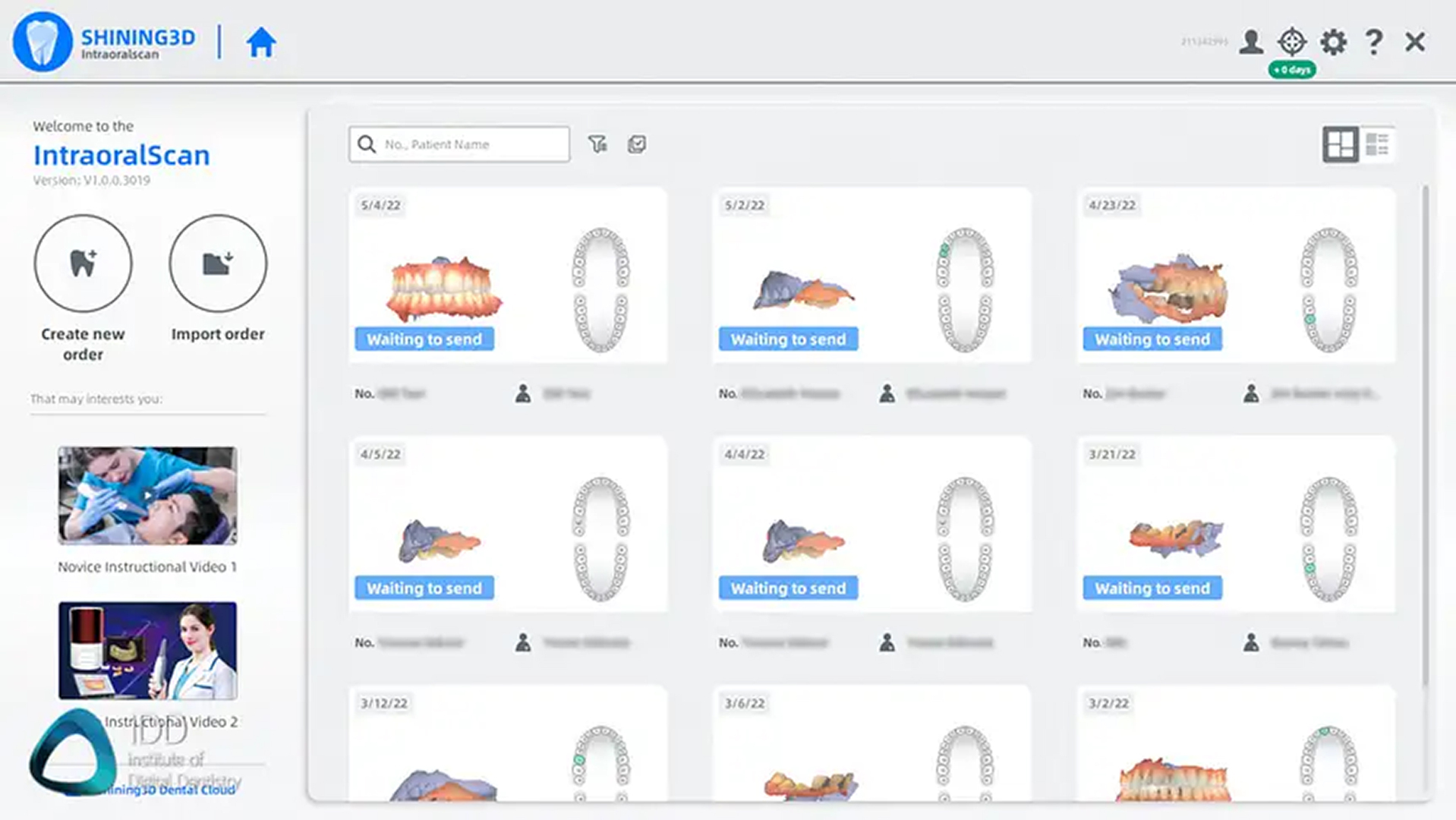 Fig. 15: Cases are presented in a unique and intuitive way.

As many already know, orthodontic simulators create an orthodontic alignment animation after the user has taken full-arch scans. Orthodontic simulation is a fantastic addition to the SHINING 3D software. I am surprised that such a low-cost scanner has this app, as most do not. In fact, most scanners double or triple the cost of Aoralscan 3 do not. The Carestream Dental, Medit, TRIOS and iTero scanners have such simulators.

Typically these simulators can be a little hit and miss, but the SHINING 3D version seems to do well. This version is like the Medit ortho simulator but easier to use, requiring just a few clicks and making the entire workflow intuitive. It does have fewer features, however.

The Aoralscan 3 ortho simulator is fantastic for what it is. It is a communication tool that works very well and is highly automated, providing accurate automatic tooth segmentation, which was done close to perfect every time we tested it (Figs. 16 & 17). I was most impressed by the tooth set-up carried out automatically as the AI aligned the teeth. The orthodontic simulator even picks up missing teeth correctly, and any refinements needed are done easily.

The orthodontic simulator is interactive, but it does not have fully fledged modification tools, because it is intended as a communication tool. The simulations look great and are a powerful motivation tool for patients interested in orthodontic treatment, including aligners—a great addition to the software. 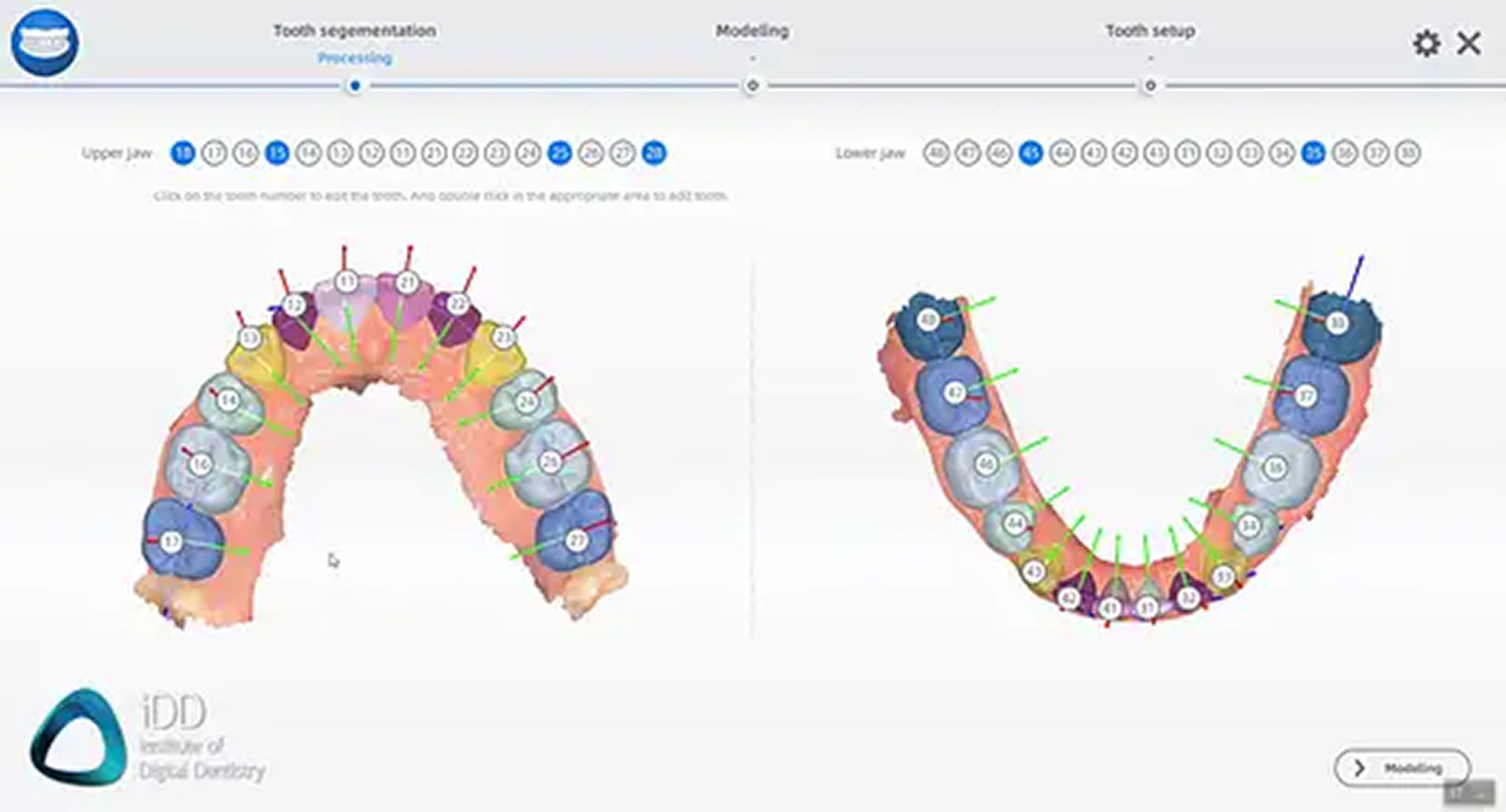 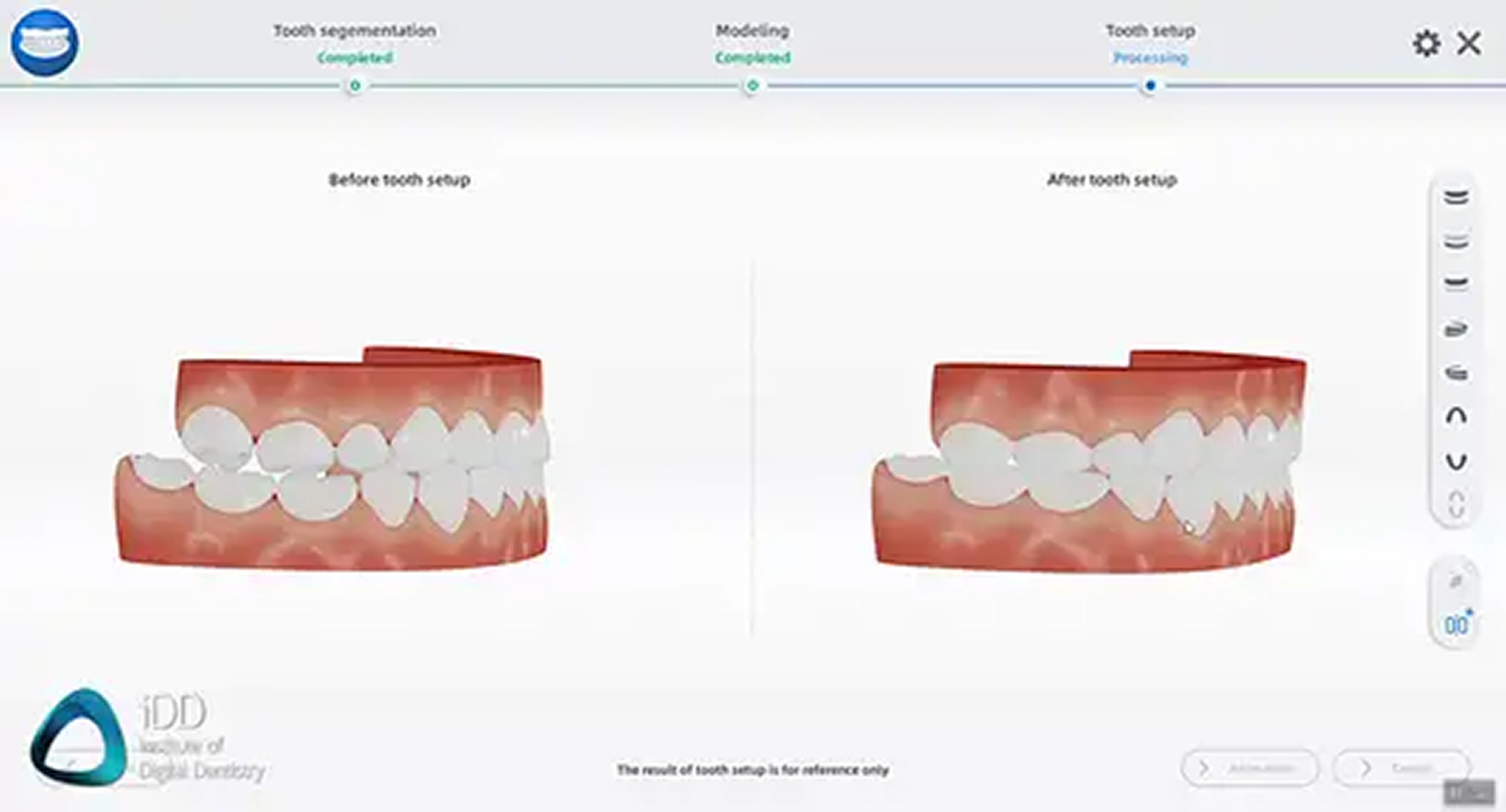 The Aoralscan 3 model builder app, which is called AccuDesign, is another excellent addition to the software (Figs. 18 & 19). It allows the user to quickly and easily design printable 3D models from the scans within a few clicks—fitting for a company that also sells 3D printers. These model files can be created from any scan and are ready for printing. This software is not unique to Aoralscan 3, as a model builder app comes with many scanners, such as Medit i700, iTero, TRIOS and those of Carestream Dental, but Aoralscan 3 is significantly more affordable than those scanners.

This model builder software is easy to use. Within two to three clicks, the user can have a perfectly printable model.

Typically, users have to employ other software, such as Meshmixer, to achieve this. With Aoralscan 3, it is all done within the software, within a few clicks.

SHINING 3D seems to have taken some inspiration from Medit, as it has developed software with the same strengths. The model building process is streamlined and provides several options for the bases. The user can easily choose the thickness and height and whether the model should be hollow or solid or have draining holes or not and add text, among other options.

Chinese scanners have caught up on scanning speed, but most do not compete on software. This is changing. The SHINING 3D software is missing only a smile design component. It is impressive to see these software apps done so well in a low-cost Chinese IOS. 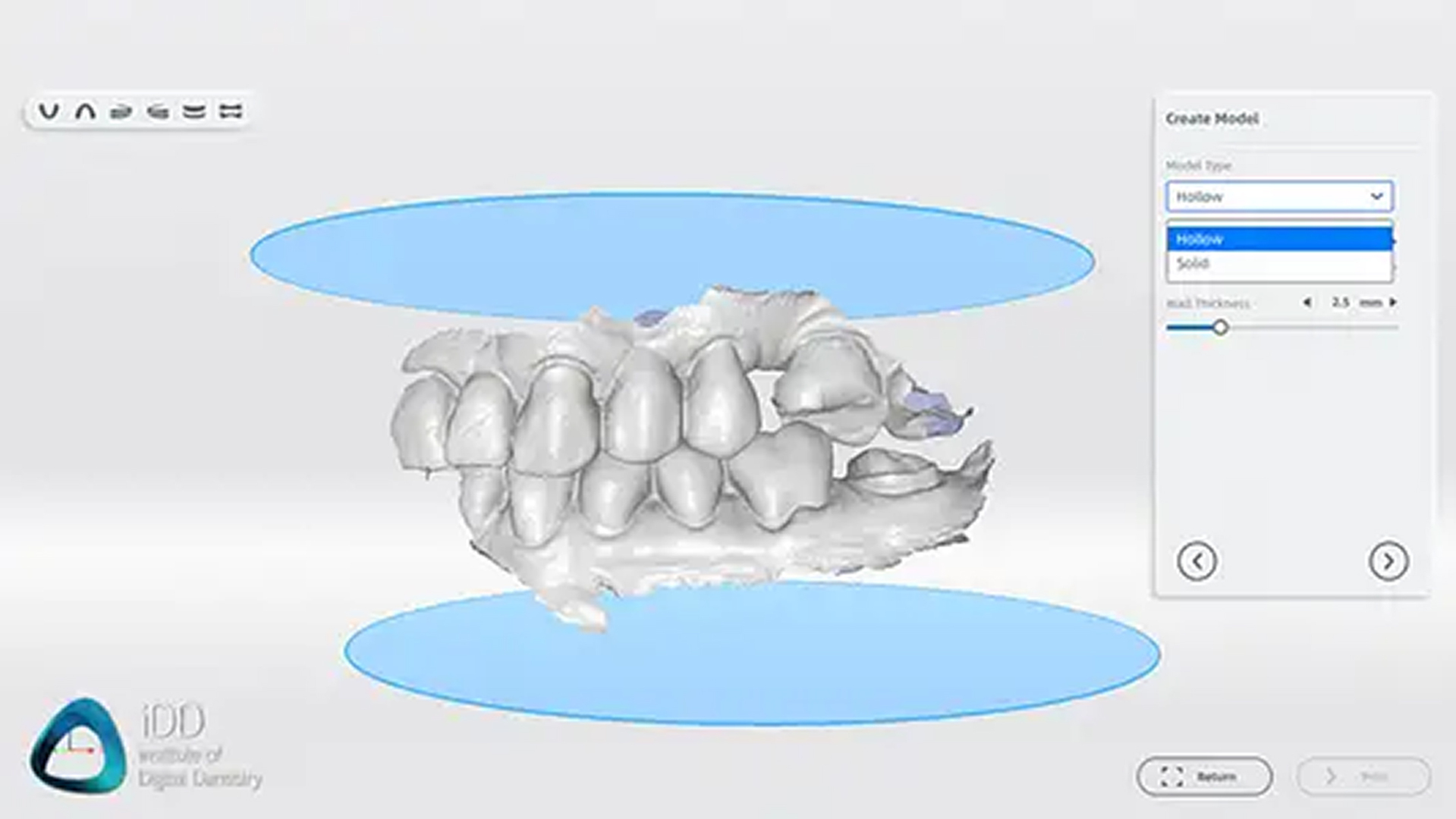 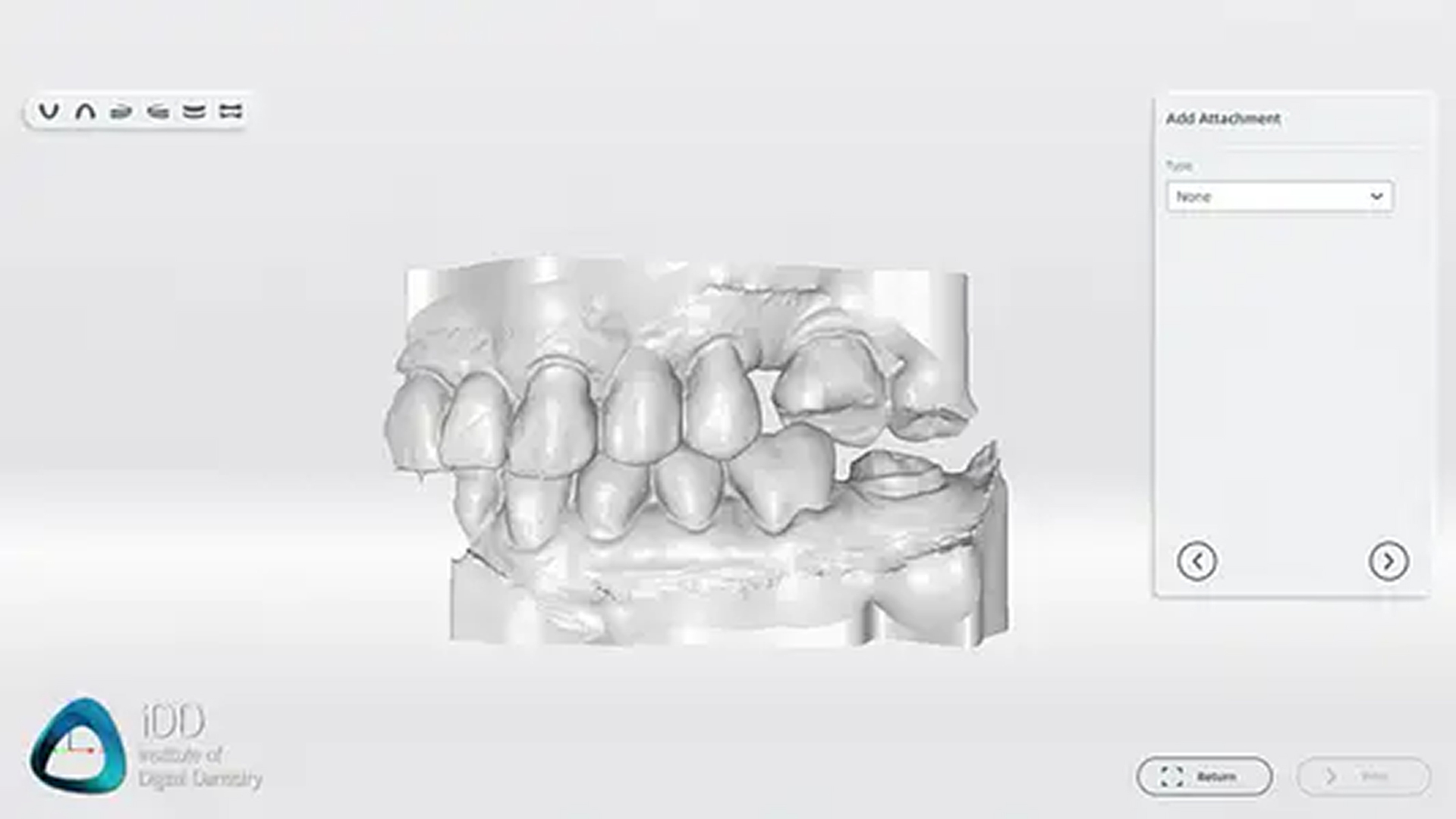 As with almost every scanner on the market these days, the Aoralscan software does very well at making the workflow straightforward. Ease of use comes from the software that supports the hardware. Overall the software has a level of polish not typically seen in Chinese scanners and is well thought out.

Everything works very well, from creating cases and sending them to the multiple scanner apps. When using the scanner daily, the workflow is intuitive (Fig. 20). It follows a simple step-by-step progression that is identical for almost every scanner on the market. Anyone familiar with typical intraoral scanning strategies will be able to use this scanner.

The software also presents several on-screen tips during the workflow to help the user learn to scan and perform the workflow correctly (Fig. 21). Overall, it is an excellent scanning experience, especially for beginners. 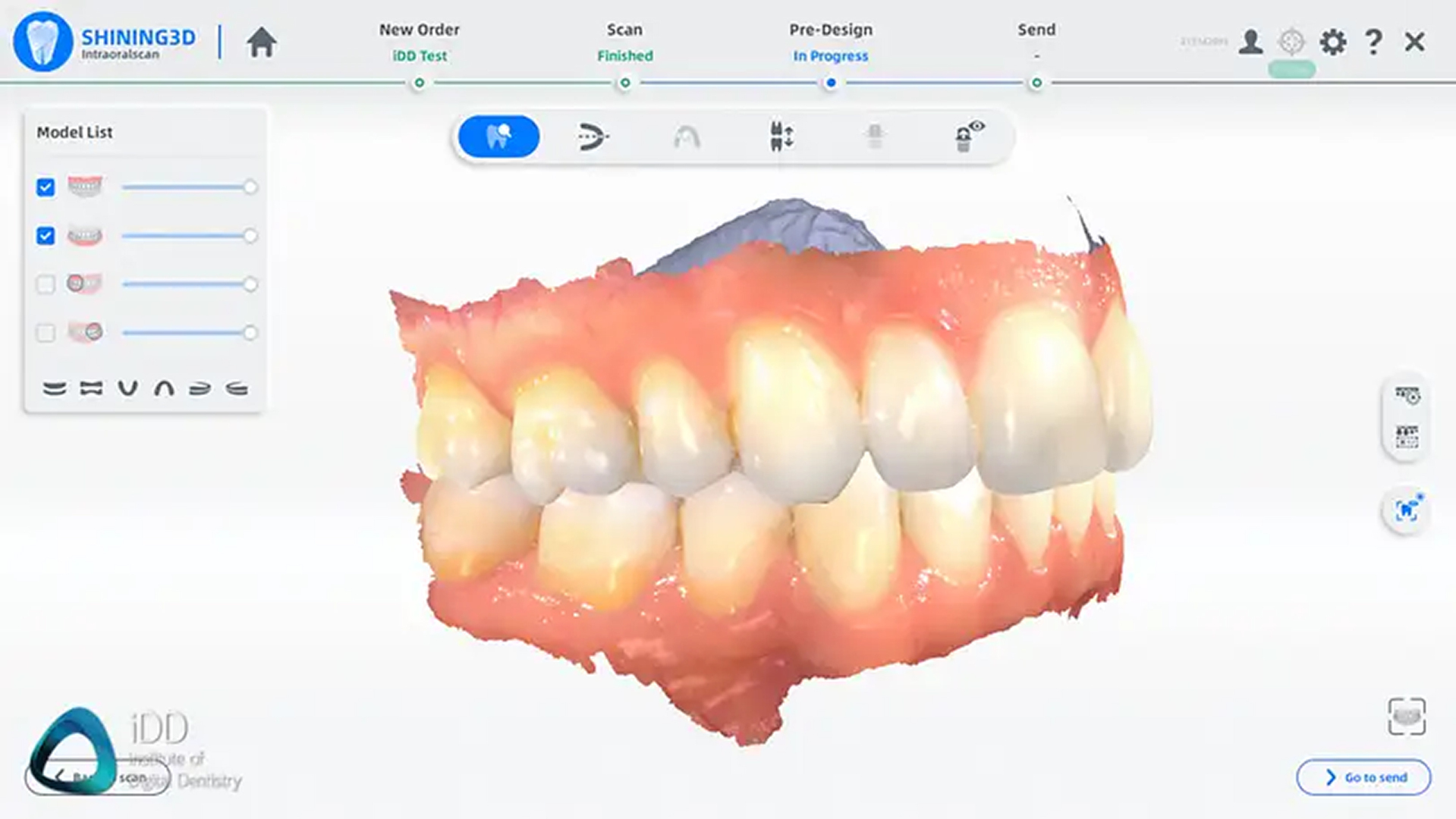 Fig. 20: The software is easy to use and has clear and intuitive buttons. 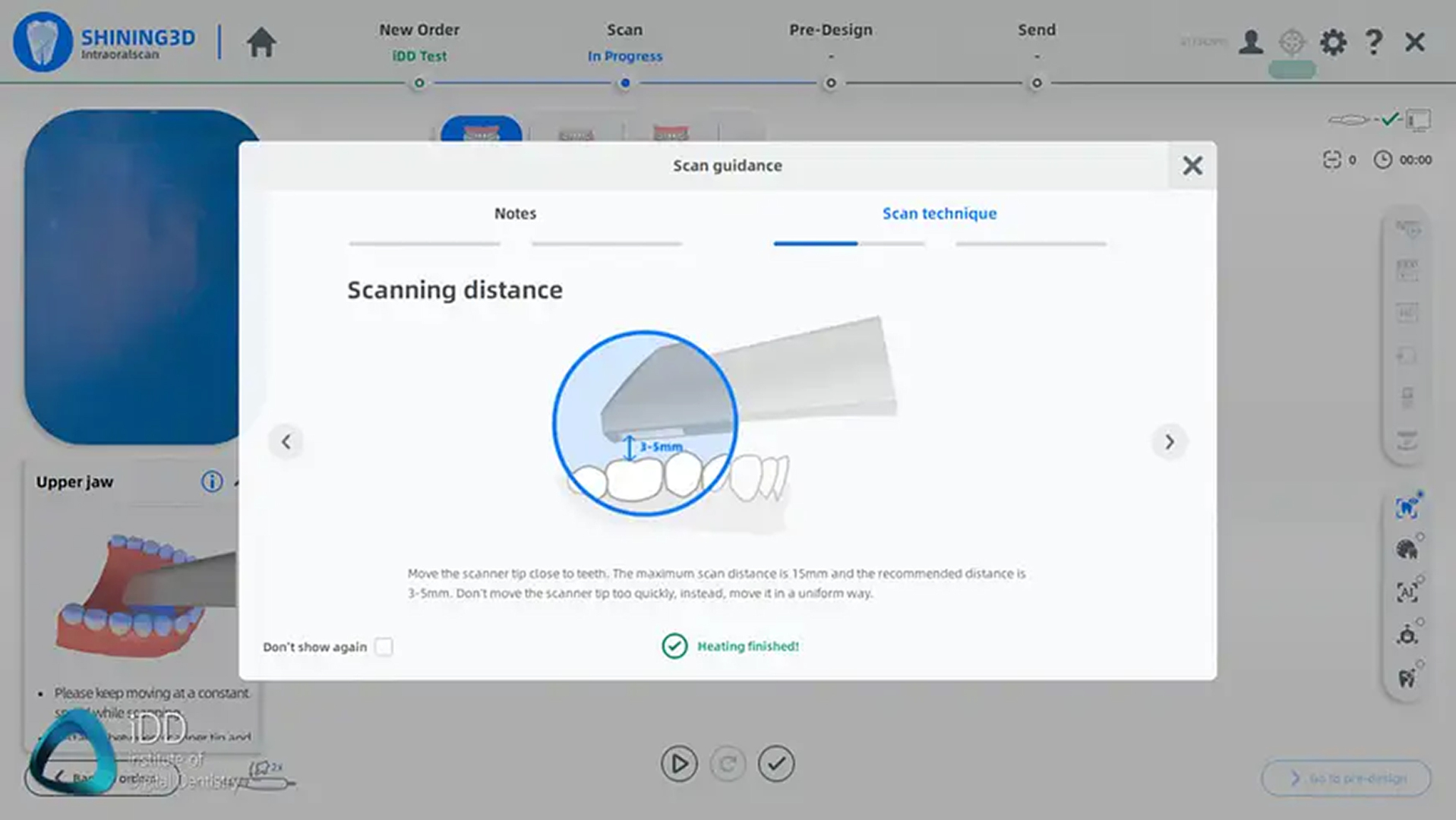 Fig. 21: Scanning tips and tricks pop up throughout the workflow. 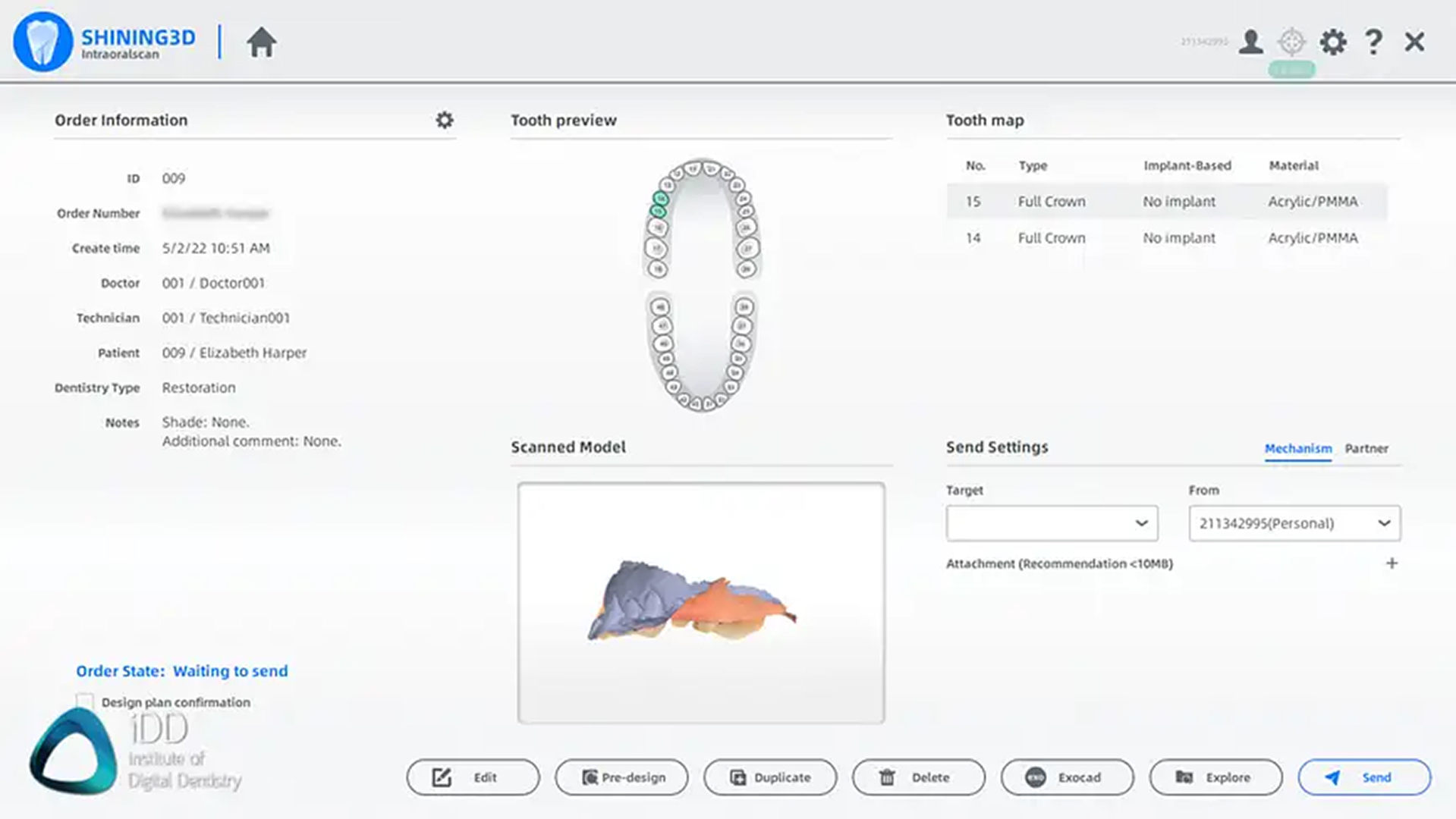 Fig. 22: Exporting is simple and easy to do after scanning.

Aoralscan 3 is an open-architecture scanner, and the software enables easy export of scans in different formats, including STL, PLY, OBJ and exocad file types. The user will primarily use STL, the most widely accepted scanning format across laboratories and software. One key distinction is that the STL file is not a colour file. Although the scanner scans in colour, the user designs on a monochrome model when exporting in STL and opening in design software.

PLY and OBJ files include colour details, and it is great to see these being offered as an export option. The software makes exporting scans straightforward from both the software and the cloud. Exporting of scans in different file types is done automatically once the case has been completed (Fig. 22). This is stored locally with several additional files.

Aoralscan 3 is one of the most affordable scanners. Its recommended retail price is US$10,999, but may vary slightly according to local tax policies and other factors. Prospective buyers are thus advised to check with their local distributor or reseller.

In summary, although Aoralscan 3 is an entry-level scanner, it is very impressive. The scanner as a whole has good production quality. It does not feel like a cheap product and is impressive for the cost. It is a very well-performing scanner with great software for under US$11,000.

For the full review, please visit instituteofdigitaldentistry.com. This article was published in digital—international magazine of digital dentistry vol. 3, issue 2/2022.