Why digitalisation in dentistry is now even more important than everUK dentists need peace of mind on PPE and COVID-19 complaintsJump in prescriptions by dentists during lockdown stokes fear of antibiotic resistanceInterview: Effects of COVID-19 on dentistry in Asia Pacific, Part 1Dental education and COVID-19: Study identifies challenges and opportunitiesHow to protect patients and personnel from COVID-19Mitigation methods currently in place are effective, study showsDental sales return, with caveatNew survey highlights dentists’ pessimism about the futureADA supports point-of-care COVID-19 testing by dentists
Visit microsite

The effects of changes in sex hormone levels on periodontal health need to be taken into account, particularly for female patients. (Image: wavebreakmedia/Shutterstock)

Changes in sex hormone levels are associated with the onset and progression of periodontal disease. Dr Ali Çekici, an associate professor at the department of periodontics of the faculty of dentistry at Istanbul University in Turkey, recently held a webinar on the topic, and his lecture generated significant interest from the international dental community, particularly in relation to periodontal problems experienced during pregnancy. In a conversation with Dental Tribune International, Dr Çekici addressed the importance of taking sex hormones into account when planning and providing periodontal care.

Dr Çekici, what are the specific periods in life during which sex hormone changes affect periodontal tissue?
Sex hormones play a crucial part in a person’s life in terms of growth, healing and host response to infections. It has long been known that sex hormones may have potential effects on oral tissue, mainly periodontal tissue such as gingiva and alveolar bone. There are certain periods in life when sex hormone levels increase or decrease physiologically. Since these changes are physiological, their effects on oral tissue should not be considered a pathology or a disease. Puberty, the menstrual cycle, pregnancy and menopause are the main episodes in life during which sex hormone levels change drastically. Also testosterone level changes in men may have effects on oral tissue. 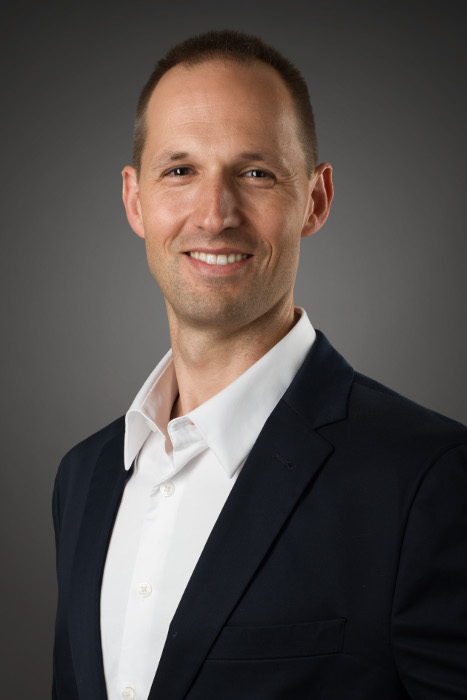 How do changes in sex hormone levels in different periods of life affect oral health?
Sex hormones have the ability to alter oral tissue balance in specific ways. One of these is changes to the oral microflora. For example, one of the well-known periodonto-pathogenic bacteria, Prevotella intermedia, can use oestrogen and progesterone as a growth factor. Also, the behaviour of different types of oral tissue cells changes owing to fluctuations in sex hormone levels. Epithelial cells, fibroblasts and immune system cells, especially, can act differently when there is an increase in oestrogen and progesterone levels.

Does every woman experience periodontal disease during her pregnancy?
It is very common for pregnant women to suffer from swelling of the gingivae and gingival bleeding during toothbrushing or even just while eating food. It is true that during pregnancy, owing to the tremendous increase in oestrogen and progesterone levels, an extraordinary response by gingival epithelial cells is likely to be seen. They overreact to dental biofilm bacteria and this causes the swelling. For more information on this, it is advisable to consult the European Federation of Periodontology’s (EFP’s) campaign website on oral health and pregnancy, which includes infographics, brochures, animations and a lot of information for both dental professionals and patients.

It is important to know that, if a woman’s oral health is good before pregnancy, the effects of sex hormone fluctuations on periodontal tissue will be minor. But if the woman already has ongoing inflammation of the periodontal tissue when she falls pregnant, then the consequences will be severe, potentially resulting in gingival enlargement and benign tumours of the gingivae (pyogenic granulomas).

Should periodontal treatment be planned according to the menstrual cycle?
Sex hormone level changes during the menstrual cycle have a constant physiological effect on the periodontal tissue. Some women may experience major discomfort during menstruation. Also the risk of aphthous ulcers increases during menstruation. Similar effects might be seen with use of oral contraceptive drugs. However, there is no evidence that we should avoid dental or periodontal treatment during the menstrual phase. It should always be kept in mind that, with a healthy oral cavity, the effects of hormonal fluctuations on periodontal health will be minimal.

Does alveolar bone healing change in postmenopausal women? How does hormone replacement therapy affect this healing period?
There are several studies that have attempted to link osteoporosis and alveolar bone loss to periodontal disease. What we can say is that during menopause a sudden drop in sex hormone levels is linked with the tendency to lose bone mass in time. Not every postmenopausal woman suffers from osteopenia or osteoporosis.

In the case of osteoporosis, the trabeculae of bone get thinner, and it is likely but not proved that alveolar bone loss might occur more easily in the presence of periodontal disease.

The healing of the bone during menopause is not significantly affected. It should be kept in mind, however, that in the case of osteoporosis, one of the treatment methods include the use of bisphosphonate drugs orally or intravenously, which will have drastic effects on the bone metabolism.

Dr Çekici’s webinar, titled “Sex hormones—do they have an effect on periodontal health?”, was part of the EFP Perio Sessions.

Your recent webinar on the impact of sex hormones on periodontal health was part of the EFP Perio Sessions series. What was it like to engage with other dental professionals on this topic?
Participating in the EFP Perio Sessions gave me an opportunity to share knowledge and thoughts with peers from over 55 countries. For me, it was really exciting to address such a diverse crowd from all over the world, especially at a time when people were being affected severely by the SARS-CoV-2 pandemic. In my webinar, the topic of periodontal problems during pregnancy received a lot of attention and raised many questions. It was definitely a great experience for me and I sincerely hope that it was for attendees as well.

The EFP Perio Sessions is a new initiative—what can you tell us about it?
I was the sixth guest speaker chosen by the EFP to participate in this series of live webinars. It is open to all dental professionals and focuses on emerging issues in periodontics and implant dentistry. The EFP will resume the programme after October, and this is a first-class opportunity for dental clinicians, scientists and students to complete or update their training.

Thank you for the interview.

Editorial note: Dr Ali Çekici received his dental degree and PhD from Istanbul University in 2000 and 2007, respectively, and completed his postdoctoral research at the Forsyth Institute in Boston in the US in 2012. He has been a board member of the Turkish Society of Periodontology since 2014 and is the EuroPerio10 ambassador for Turkey.

The EFP’s campaign on oral health and pregnancy can be accessed here: www.efp.org/gum-disease-general-health/oral-health-pregnancy/

COLOGNE, Germany: Trade fairs are all about face-to-face contact. The organisers of the International Dental Show (IDS) are confident that next year’s event will be able to take place, and they have revealed the basic principles behind a host of measures that they say will make networking and personal interaction at the event as safe and successful as possible.

LEIPZIG, Germany: No international tourism means no dental tourism, but what does that mean for the patients and dentist who rely on it? When borders began to close around the world in March owing to the SARS-CoV-2 pandemic, tens of thousands of dental patients had their treatment abroad either cancelled or postponed. As borders begin to reopen, those travelling for medical treatments are being welcomed with open arms.

NEW YORK, U.S.: At the age of 93, Bernard Weissman, president of Dentatus, passed away on April 9. He was renowned as an inventor of dental products, instruments and techniques whose focus was always the development of affordable solutions that would benefit both dentists and patients.

Webinar to showcase how to arrive at the correct working length

The accurate measurement of canal length during root canal therapy can be a challenge at times. In an upcoming webinar on Thursday, 16 April, Dr Nicola Grande will tackle exactly this difficulty. Prior to his online lecture, Grande spoke to Dental Tribune International about the details of his upcoming webinar.