The moderators of the EuroPerio Series’ kick-off event. From left: Prof. David Herrera, Prof. Nicola West and Prof. Phoebus Madianos. West could not join the session in Copenhagen owing to travel restrictions in the UK. (Image: EFP)

COPENHAGEN, Denmark: Amid the global pandemic, the European Federation of Periodontology (EFP) decided to defer the EuroPerio10 congress, which had originally been planned to take place this month. On 5 June, the EFP launched a series of online scientific sessions that will be held over the next months to bridge the gap until the next in-person event in 2022. Overall, almost 4,000 people from over 110 countries worldwide have registered for the series to date. 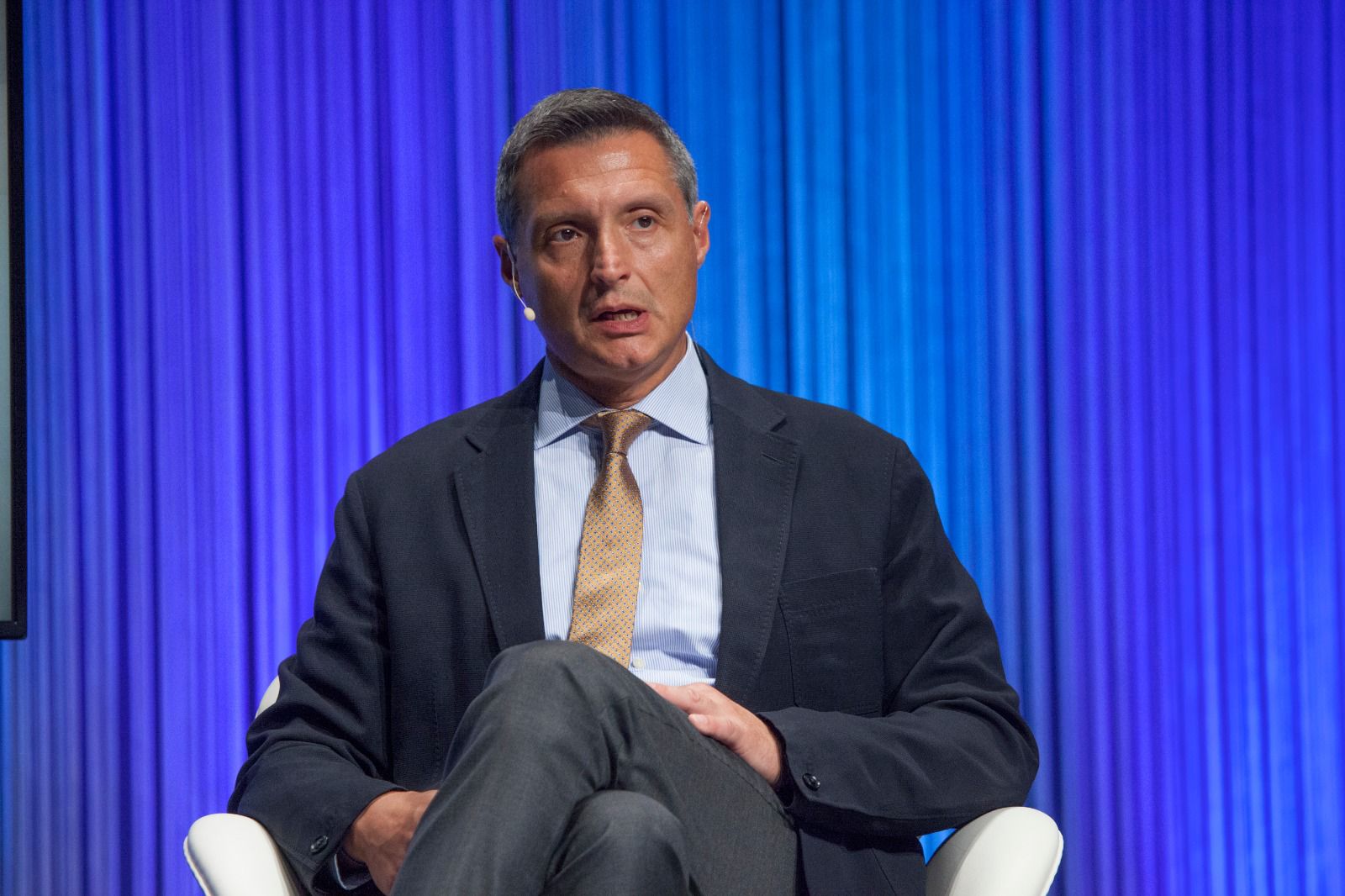 In his welcome speech, Prof. Phoebus Madianos said that postponing EuroPerio10 by one year was a wise decision and that the series of online events will provide attendees with a taste of the event, which will be held in June 2022. (Image: EFP)

Hosted by Prof. Phoebus Madianos, EuroPerio10 committee chairman; Prof. David Herrera, EuroPerio10 scientific chair; and Prof. Nicola West, EuroPerio10 treasurer and EFP secretary general, the first session of the EuroPerio Series was streamed live from the Bella Center in Copenhagen, the venue for EuroPerio10. Over a period of 5 hours, six distinguished experts presented and discussed clinical cases focusing on mucogingival surgery around teeth and implants under the title “Mucogingival surgery—from Amsterdam to Copenhagen”. Using an interactive poll tool, the audience had the opportunity to vote for likely treatment options after each speaker had outlined the specific problems of the respective case. Afterwards, each case was discussed in depth by the panel, after which the speaker rejoined the debate to explain his or her actual treatment approach.

“This kick-off event of the EuroPerio Series somehow managed to sum up the reasons why EuroPerio10 will be the most relevant and important congress for all dental professionals next year,” Madianos said about the first session. “Being true to the EuroPerio legacy, it was well organised, highly educational, fresh, innovative, and scientifically relevant to the different members of the dental team,” he added. 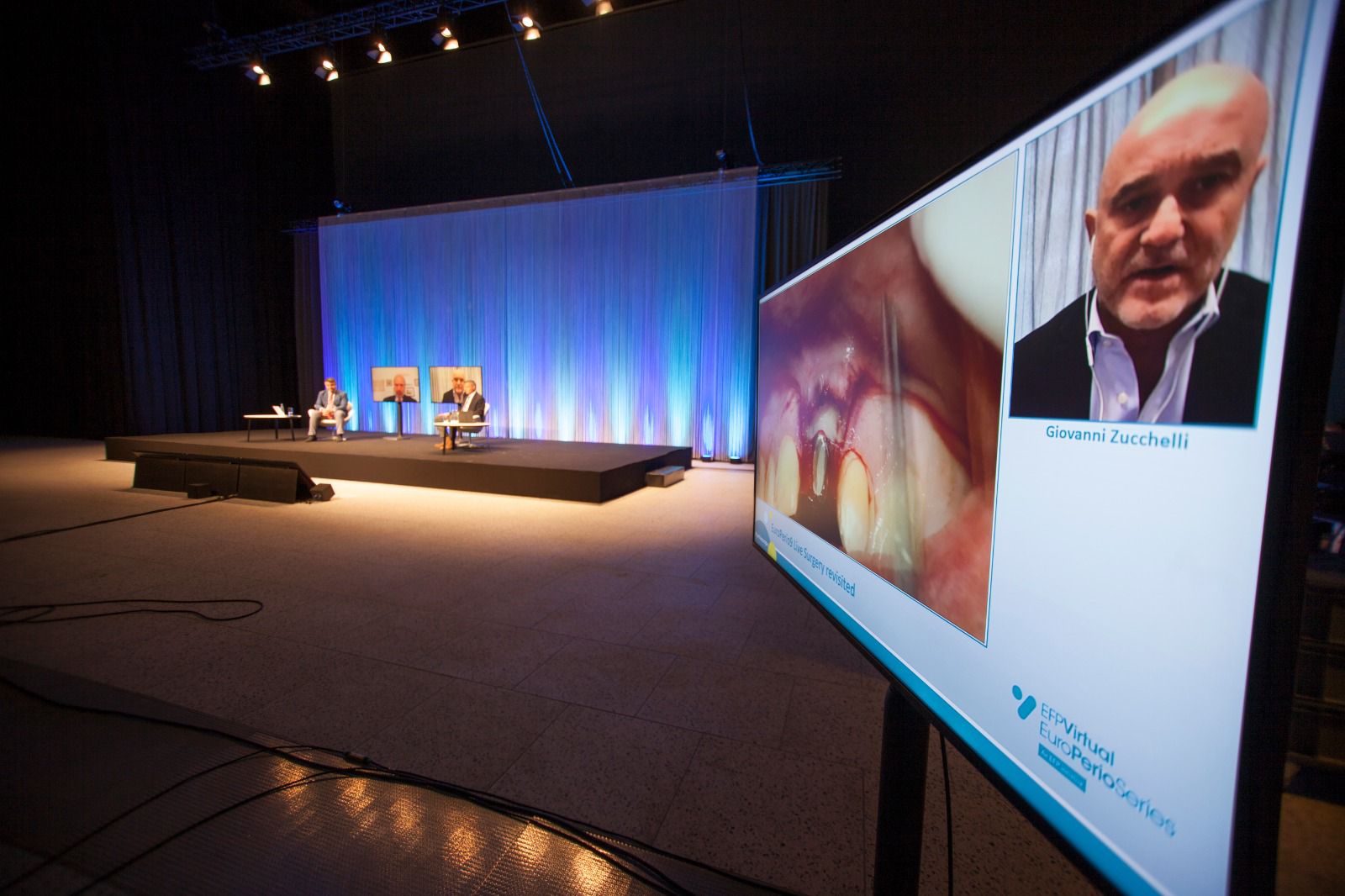 Prof. Giovanni Zucchelli from Italy presented a recap of the periodontal and peri-implant surgery that he performed live during EuroPerio9 in Amsterdam in 2018. It was streamed live at the congress at the time. (Image: EFP)

From 13 September 2021 to March 2022, a new session of the EuroPerio Series will be held online on the second Monday of every month from 6 p.m. to 8 p.m. CEST. The sessions will focus “on exciting topics which should keep everybody updated about the latest advances in clinical practice and research, and offer a foretaste of what is to come at EuroPerio10 in Copenhagen from 15 to 18 June 2022,” Madianos said. Topics will include bone regeneration, periodontal disease and systemic disease, innovations in the surgical management of peri-implant disease, as well as new concepts and approaches in periodontal regeneration. Further information can be found at www.efp.org/europerio-series/.

COPENHAGEN, Denmark: After closely monitoring the COVID-19 situation, the European Federation of Periodontology (EFP) has decided to reschedule the ...

BRUSSELS, Belgium: The European Federation of Periodontology (EFP) has announced that the tenth edition of its triennial congress, EuroPerio, will be held ...

Prof. Lior Shapira was elected president of the European Federation of Periodontology (EFP) in March, and he promptly outlined his vision for a return to ...

HELSINKI, Finland: Planmeca’s world-leading range of dental equipment is growing with the addition of a new patient chair. Planmeca Pro50 chair is a ...

CHICAGO, US: The American Dental Association (ADA) has announced the launch of a unique programme designed to connect dentists having mental health ...

WELLINGTON, New Zealand: Oral healthcare campaigners in New Zealand are celebrating an increase in the special needs dental grant and a broadening of the ...