Home/Articles
Henry Schein at work in his pharmacy, circa 1932. (Image: Henry Schein)

MELVILLE, N.Y., US: Just over 90 years ago, the shop bell of a humble storefront pharmacy in Queens rang for the very first time. The year was 1932 and the young Columbia University graduate behind the counter was Henry Schein. Nine decades later, a very different bell was rung by Stanley M. Bergman, chairman and CEO of the global healthcare company that grew out of Schein’s successful business venture. As the company marks 90 years of service to healthcare professionals, its top executives spoke to Dental Tribune International (DTI) about success, supporting customers and the future of oral care.

“Today, we are excited to celebrate the bold step Henry Schein took in 1932 to establish our company at a time of great economic turmoil. And what better way to do so than by joining the exceptional team at Nasdaq to ring the opening bell,” Bergman said as he opened trading at the stock exchange on 13 September this year. With a jubilant Team Schein visible on the Nasdaq tower, Bergman thanked the company’s customers, supplier partners, shareholders, and Team Schein for being part of the outstanding journey, adding: “Our best years are yet to come.” 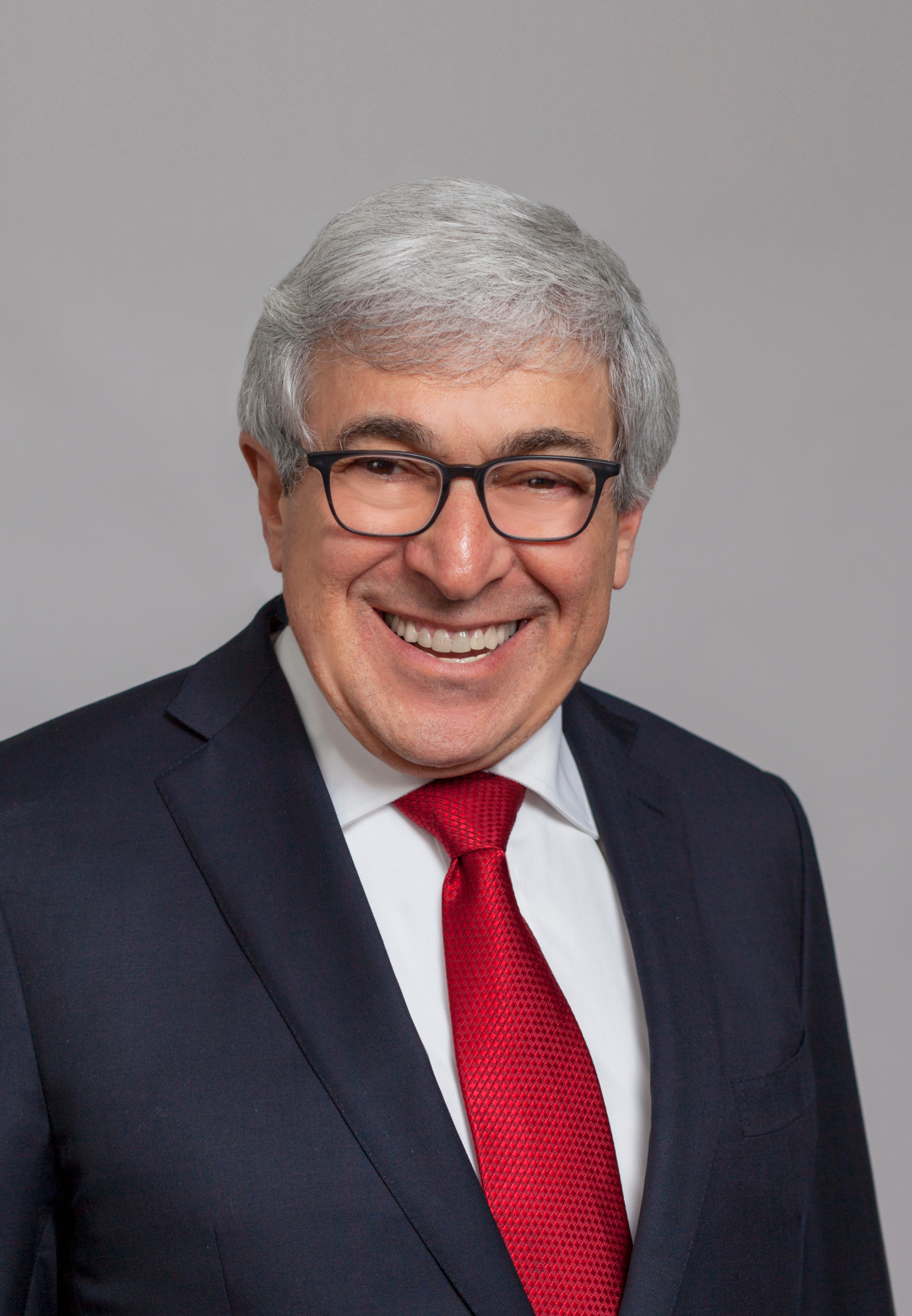 From one pharmacy to One Schein

And what a journey it has been! Henry Schein was founded by Henry and Esther Schein during the Great Depression, and the entrepreneurial couple made bold moves that helped them stand out from their competitors, such as fulfilling mail order prescriptions as early as 1935 and introducing private-label dental, medical, and veterinary products in the 1940s. Henry Schein shifted its focus to office-based practitioners in the 1950s, topped US$1 million in sales in 1959 and introduced the first Henry Schein catalogue in 1962. In the ensuing decades, the company expanded its business exponentially and developed an ever-increasing focus on new technologies in oral care, philanthropy, and social responsibility. To pick out just a few of the company’s most recent accolades, Henry Schein was this year named one of the world’s most admired companies for the 21st consecutive year and has been one of the world’s most ethical companies since 2012. Its global dental sales alone reached US$1.80 billion (€1.75 billion) in the third quarter of this year, and total net sales at the company for the three-month period eclipsed US$3.0 billion.

But how does one measure success at Henry Schein nowadays? According to Bergman, who has been CEO of the company since 1989, it is about far more than yearly growth. He told DTI: “Our mission is to provide our customers with innovative, integrated healthcare solutions and to serve as the dental professional’s trusted adviser. We want to support dental practitioners in the delivery of the best-quality patient care and at the same time to help enhance their practice management efficiency. Customers’ success is our success, and that is how we measure our performance.”

Understanding the goals and needs of customers is crucial for supporting their success. With this objective in focus, Henry Schein works as One Schein throughout its comprehensive portfolio. “This means cooperating as one team across borders, businesses and specifications, no matter whether it is endodontics, orthodontics, implantology, digitalisation, practice management software or our private-label products,” Bergman explained. Another example of Henry Schein’s team approach is its network of service technicians in Europe, the largest such team in the region, which exchanges best practices for the ultimate benefit of customers.

Lessons from the past and social responsibility

The SARS-CoV-2 pandemic and a difficult operating environment have made the past (nearly) three years challenging for all healthcare companies. However, according to Michael Ettinger, executive vice president and chief operating officer at Henry Schein, lessons from the company’s past have shown the importance of helping customers during difficult times.

“Over the past 90 years, the company has continuously grown through a steady process of reinvention to remain at the forefront of market changes. In doing so, we help our customers to successfully navigate through a constantly changing healthcare arena and to provide efficient high-quality patient care,” Ettinger explained, adding: “We deeply believe that ‘doing well by doing good’ is part of our DNA.”

“Customers’ success is our success, and that is how we measure our performance.” – Stanley Bergman, CEO, Henry Schein

Henry Schein’s efforts to increase access to care for those in need has led to a number of public–private partnerships. One example is the Wearing is Caring initiative, which was established in partnership with the UPS Foundation and in alignment with guidance from the World Health Organization. “It aimed to raise awareness of healthcare disparities in underserved communities during the pandemic and of the need for social distancing and the importance of wearing face coverings to help reduce the spread of SARS-CoV-2,” Ettinger said.

According to Allison Neale, vice president of public policy at Henry Schein, the company has always been driven by a strong sense of purpose and dedication when it comes to supporting customers in times of crisis. She said: “Even before the COVID-19 pandemic, we were deeply committed to improving the resilience of global supply chains as an important means of serving our customers and contributing to a healthier world.”

Neale highlighted two recent key initiatives through which the company has contributed. As co-founder of the Pandemic Supply Chain Network—an initiative that was formed after the 2014 Ebola outbreak in West Africa—Henry Schein had the opportunity to work with leaders from all sectors of society towards the aim of increasing pandemic preparedness and response. Through its long-time global corporate social responsibility programmes, Henry Schein Cares and the Henry Schein Cares Foundation, the company also works with non-governmental organisations and healthcare professionals to expand global access to healthcare and promote a healthier tomorrow for people and the planet. “We help to build capacity to empower healthcare professionals, advance wellness and prevention, promote the integration of oral health and overall health, and work closely through public–private partnerships to build innovative models of emergency preparedness and response,” Neale explained.

Braced for the future of oral care

A key driver of Henry Schein’s success has been the company’s support for innovation in the dental industry. Dr Bruce Lieberthal, vice president and chief innovation officer at Henry Schein, told DTI that the company expects the importance of digital technologies to increase.

Dr Lieberthal said, “Digital technology is and will remain an important part of dental innovations. We continuously see rapid technological advances that are being incorporated in dentistry.” He also said that he expects artificial intelligence to play an increasingly important role, particularly in clinical detection and decision support, and that other advancements aimed at patients will improve preventive care. He explained: “Another example of innovation in dentistry involves electric toothbrushes with sensors that can send data to an app, and thanks to integrated automation, an individual’s oral hygiene can be reported and analysed and merged with his or her electronic dental record. Knowledge gained from the data can improve the patient’s oral health and, more importantly, overall systemic health.” 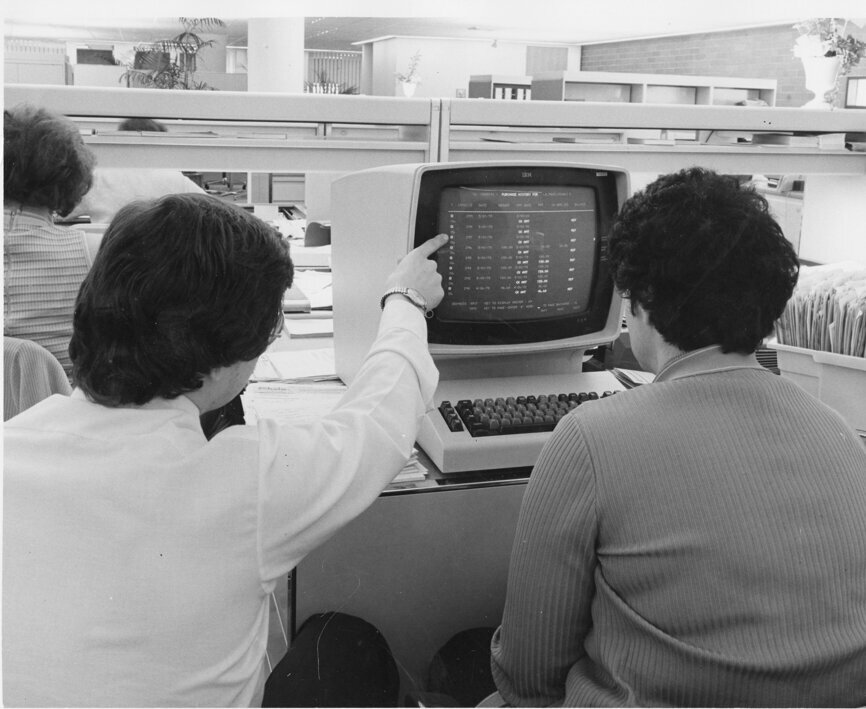 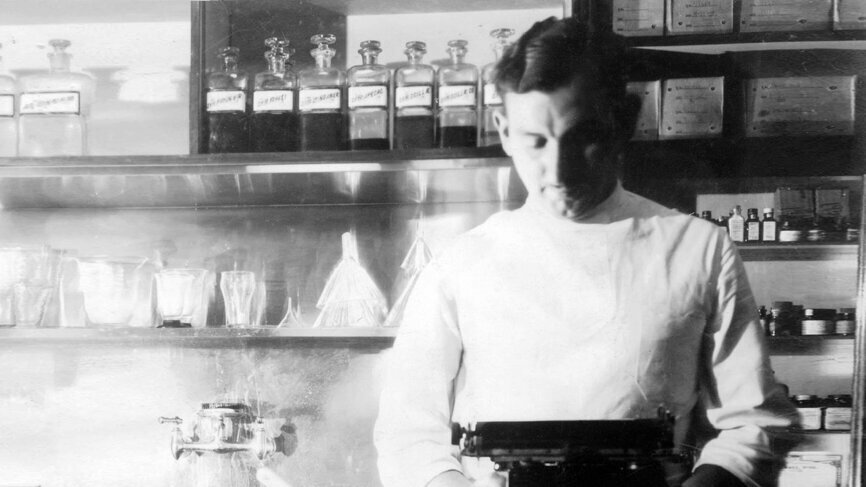 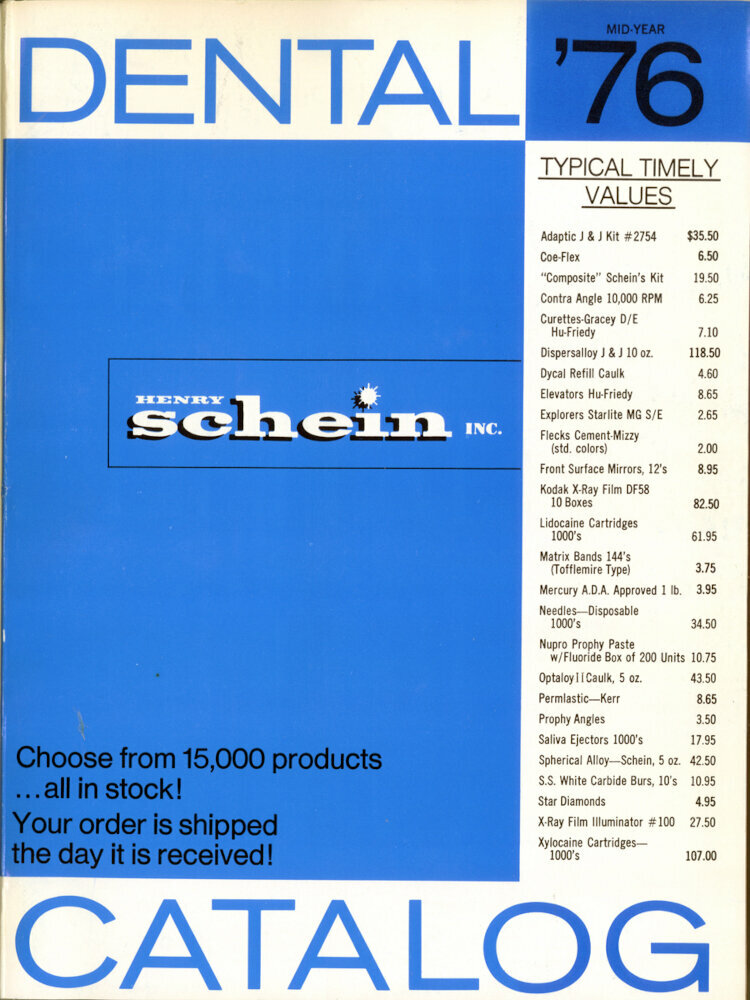 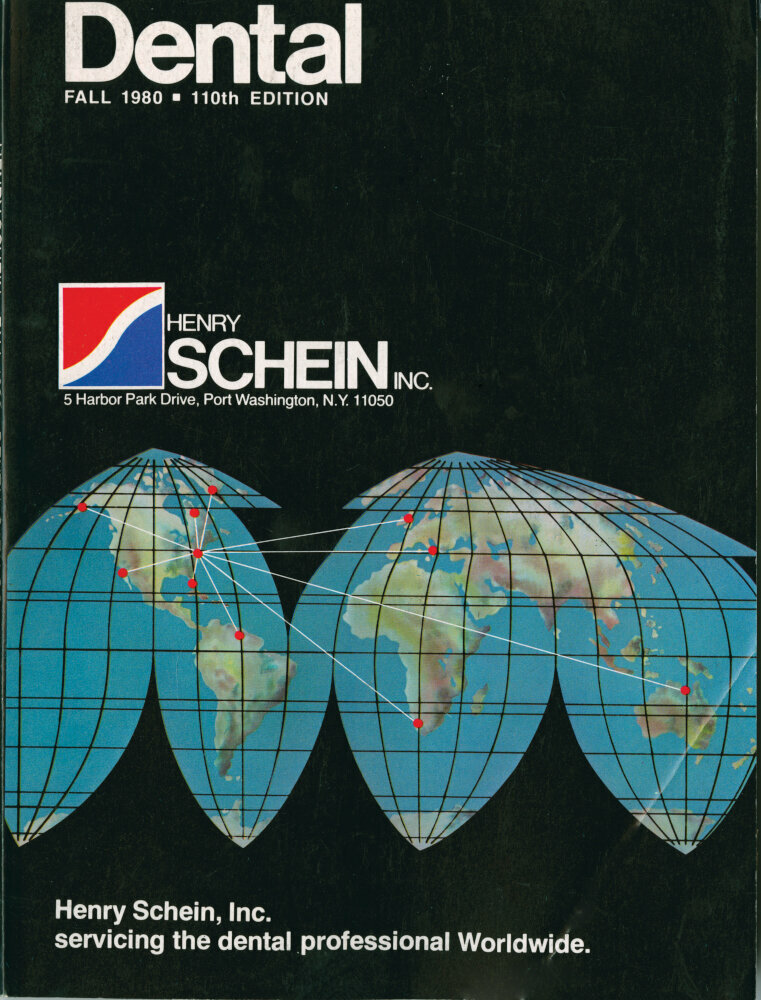 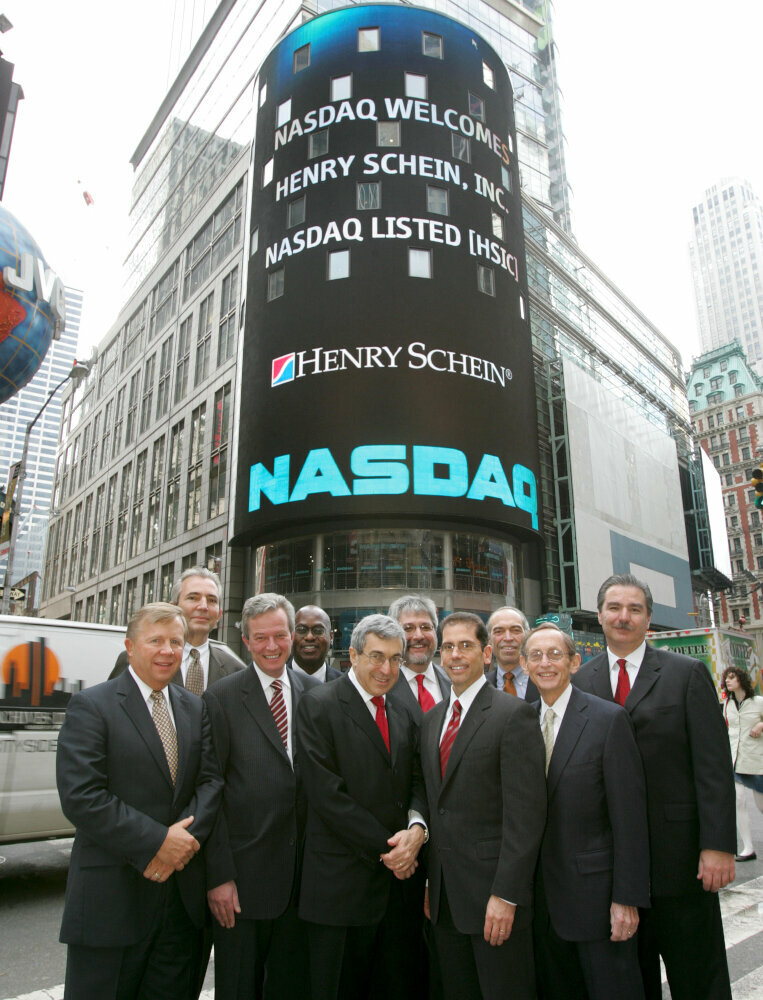 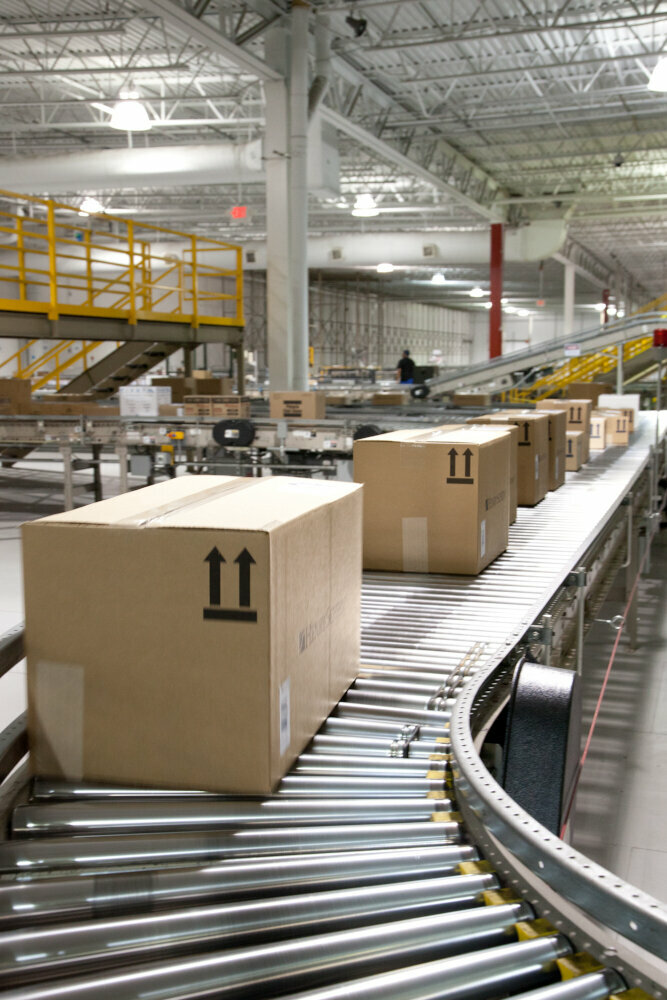