SINGAPORE: The countdown to the International Dental Show (IDS) 2023 has begun, and the organisers have set the bar high by stating that the forthcoming IDS will return to its pre-pandemic form and size. IDS 2023 is set to take place on 14–18 March next year in the western German city of Cologne.

IDS 2023 will be the 40th instalment of the event, and it will mark 100 years since the establishment of the trade fair in 1923. The organisers commented on the forthcoming event during a press conference on 8 October in Singapore, where co-organiser Koelnmesse was holding IDS’s sister event, the International Dental Exhibition and Meeting (IDEM). 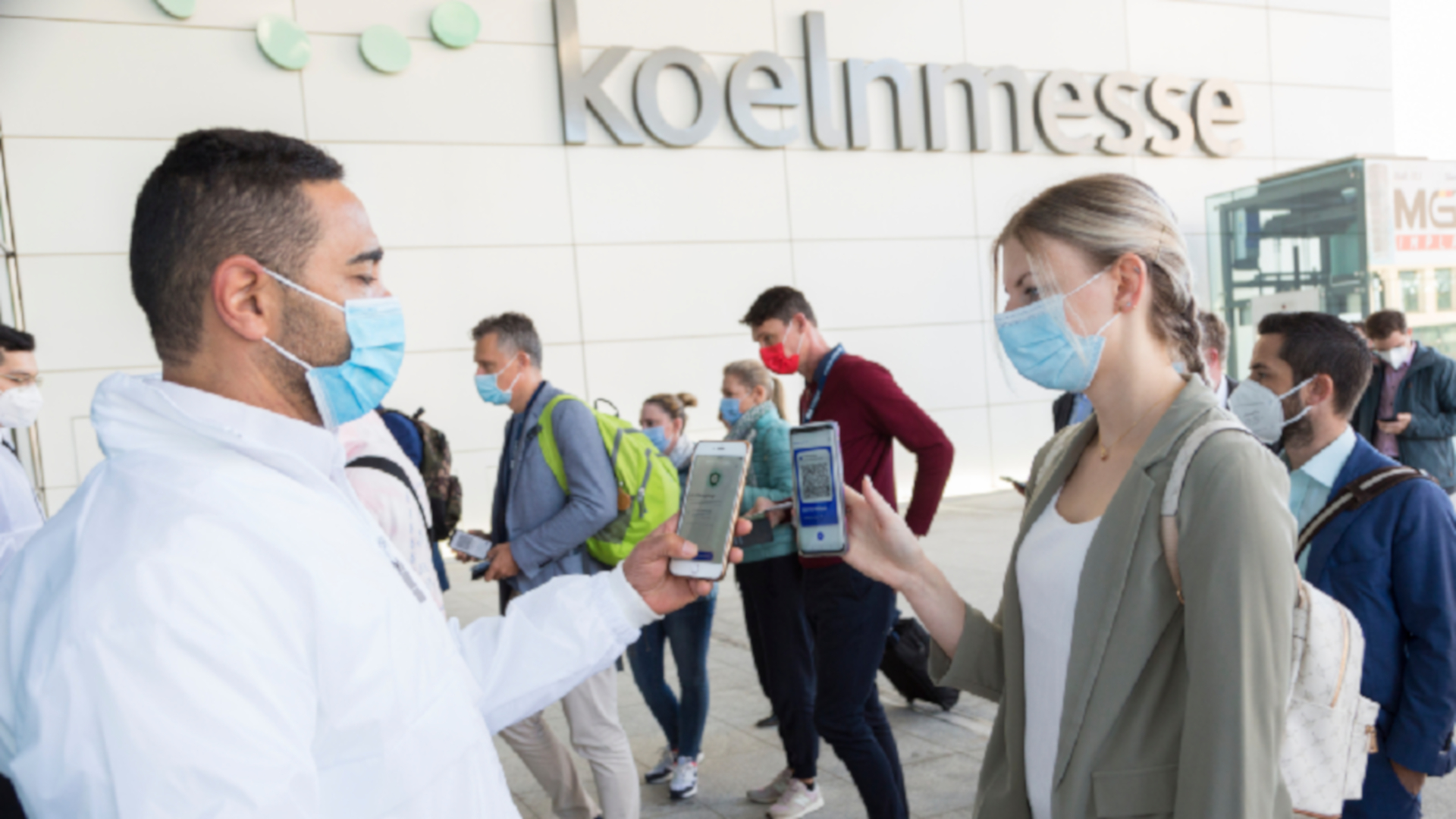 Organisers say that IDS 2023 will be a hybrid event and they expect it to operate under “normal” conditions with the same hygiene concept that was used at IDS 2021. (Image: Koelnmesse/IDS)

Dr Markus Heibach of the Association of the German Dental Industry (VDDI) opened the press conference by explaining that the dental industry in Germany and abroad had recovered well during the first half of this year, despite economic fallout from the war in Ukraine. “Overall, there are very positive signals, both domestically and also abroad across all areas,” Dr Heibach explained. He added: “In particular, we see an increased demand for high-quality restorations, for ‘high-end’ dentistry.” Dr Heibach drew a connection between the pandemic and an increased awareness of oral health and general appearance, stating: “Clearly, the constant preoccupation with health issues has reminded many people of the value of personal health and quality of life.”

The exhibition floors at IDEM were open as Markus Oster, vice president for trade fair management at Koelnmesse, took to the podium. According to Oster, his experiences with IDEM 2022 were significant for the forthcoming 40th IDS. Oster said: “Although the pandemic situation has not yet been overcome, I associate this trip and developments in general with the beginning of the post-corona era and a return to normality. I am also completely convinced that the IDS, as the world’s most important industry platform, will once again take place in the coming year with the dimensions we were last able to experience at the 2019 edition.”

Oster said that he expects IDS 2023 to operate under “normal” conditions with a proven hygiene concept in place. It will also be a hybrid event, offering remote participation through the virtual trade fair platform IDSconnect. Oster pointed out that the Koelnmesse trade fair grounds were reachable by more than 1,500 daily rail connections and that travel between Cologne and surrounding metropoles like Düsseldorf, Essen or Dortmund is free of charge for holders of a valid IDS ticket.

COLOGNE, Germany: The International Dental Show (IDS) will take place from 14 to 18 March next year, and more than 1,000 exhibitors have already registered...

share
save
advertisement
Interviews Fri. 2. December 2022
“Our community is a place where the clinician is not alone”