The MDP monomer: Where would we be without it?

The MDP monomer: Where would we be without it?

HATTERSHEIM AM MAIN, Germany: In 1976, Kuraray introduced its first adhesive monomer—the phosphate monomer Phenyl-P. Over the following years, the company’s commitment to research and development saw continued efforts to improve and refine this monomer’s molecular structure. Kuraray eventually achieved this goal by creating a molecule with greater capability to adhere to the tooth structure, low solubility and effectiveness in bonding to metal: the MDP monomer.

Developed and then patented by Kuraray in 1981, the MDP monomer remains, to this day, the leading functional monomer for reliable adhesion to various substrates including enamel and dentine. Research has repeatedly shown that products that utilise this monomer create long-term, durable and stable bonds to dental tissues, non-noble metals and zirconia ceramic. Simply put, it is hard to know where adhesive dentistry would be without the MDP monomer.

An unmatched level of purity 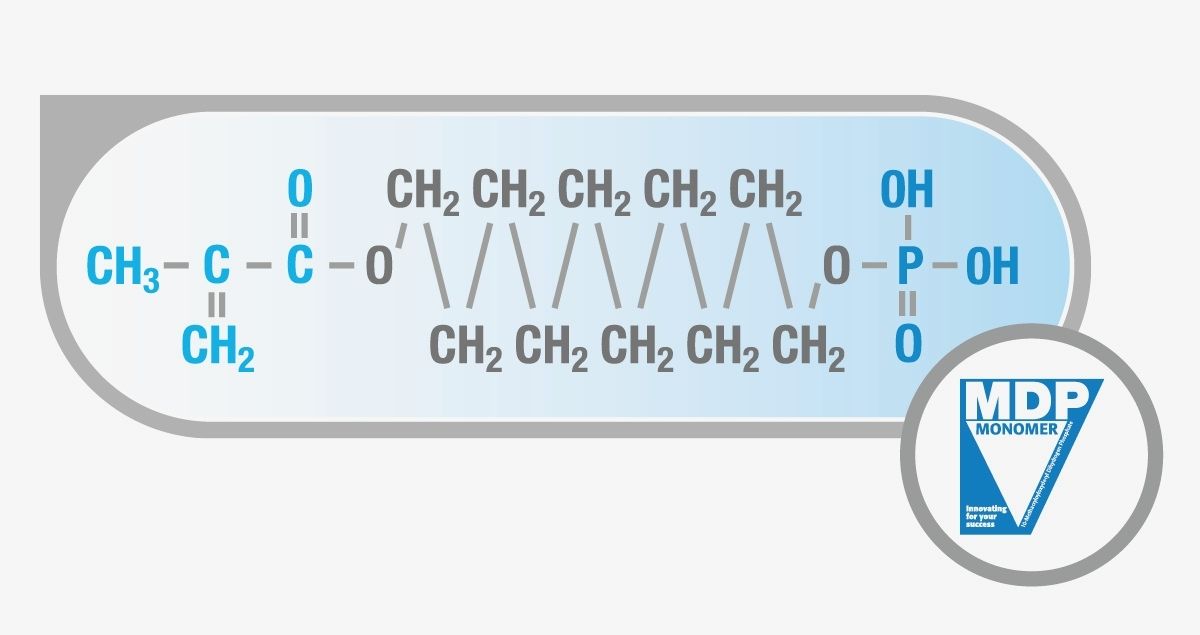 quality nature. The patent that Kuraray held on the monomer has expired, opening up the market for other manufacturers to synthesise their own MDP. However, a study conducted by Yoshihara et al.1 found that, of the three adhesive MDP monomers they examined, differences in purity levels were visible and affected the intensity of nano-layering and resultant bond strength. Unsurprisingly, the bond strength displayed by Kuraray Noritake’s original and highly pure MDP was the highest measured.

“It’s very clear that the MDP monomer is one of the most effective monomers available, given its primary chemical binding potential to hydroxyapatite,” Prof. Bart Van Meerbeek, a leading authority on dental bonding agents, said in an interview with Dental Tribune International.

“Essentially, a universal adhesive that contains a high concentration of very pure MDP monomer should perform the best,” he added, when asked about universal bonding systems.

A monomer with many applications

The first Kuraray product to use the MDP monomer was PANAVIA EX resin cement. Introduced in 1983, PANAVIA EX quickly became known as a facilitator of reliable adhesion, and the PANAVIA family of adhesive resin cements, including PANAVIA V5 and PANAVIA SA Cement Universal, still employs the MDP monomer to provide first-class bonding for dental professionals worldwide.

There have been more than 40 years of evidence, and the conclusion is clear: Kuraray Noritake Dental’s MDP monomer has changed dental bonding for the better.

Related Articles
News Fri. 31. January 2020
Interview: "The MDP monomer is one of the most effective monomers available"

As co-editor-in-chief of the Journal of Adhesive Dentistry, Prof. Bart Van Meerbeek is one of the most respected authorities on the topic of dental bonding ...

As the operator of his own dental practice in the German town of Laer and a member of the Digital Dental Academy in Berlin, Dr Hendrik Zellerhoff is clearly...

News Mon. 13. November 2017
“Clinicians will be very satisfied with the bonding agent’s performance”

Before universal adhesives were available, two major techniques were used: total-etching adhesives, which basically work with phosphoric acid etching on ...

Dentistry is currently experiencing an interesting evolution. While dentists are becoming increasingly specialised, the demand for products that can be used...

News Fri. 11. June 2021
Interview: “It all starts with the right dentine bonding agent”

Dr Max Andrup, a 2010 graduate of Umeå University, currently runs a private practice in the city of Hudiksvall in Sweden, where he maintains a passion for ...

News Sat. 18. November 2017
The KATANA Zirconia range at a glance

When it comes to the aesthetic performance of restorations in the anterior region, a key aspect to consider is translucency—the ability of the material to...

HATTERSHEIM AM MAIN, Germany: When cementing a restoration during the trial fitting stage, it’s quite common to have reduced bond strength due to surface ...

HATTERSHEIM AM MAIN, Germany: No matter how clean and sterile your dental practice is, contamination during the try-in stage of prosthetic restorations is ...

With over 30 years of experience as a dentist and researcher, Dr Paolo Baldissara of the University of Bologna in Italy could be forgiven for slowing down a...

How to select the best Zirconia for various clinical cases

If we ask dental patients what they expect from direct restoration treatment, they will most probably mention a quick procedure—as nobody wants to sit ...

HATTERSHEIM AM MAIN, Germany: Veneer treatment can be challenging. The aesthetic expectations of patients opting for veneers are extraordinarily high. It...