New Zealanders say no to legal cannabis, but does prohibition improve oral health?

Home/Articles
A referendum on the legalisation of recreational cannabis use in New Zealand showed that issues relating to public health concerns surrounding the drug are not black and white. (Image: Rikesh Attadip/Shutterstock)

WELLINGTON, New Zealand: Cannabis poses a threat to oral health, but most patients are reluctant to ask their dentists for advice about what largely remains an illegal drug. New Zealanders were asked to vote for or against the legalisation of recreational cannabis use in a historic referendum that was held concurrently with the country’s October general election. Most voted against legalisation in a closely fought contest that ultimately brought renewed focus to the public health risks associated with legalising, or not legalising, the widely used substance.

“Most Kiwis will use it in their lifetime,” said former New Zealand Prime Minister Helen Clark in a July live chat recording, titled “Cannabis referendum: the case for a ‘Yes’ vote”. “Let’s get real here. This is a widely used recreational drug that is less harmful to individual health than tobacco and alcohol,” Clark said, adding that users of the drug “know their teeth don’t fall out and their hair doesn’t go green”.

It seems that the majority of New Zealand voters disagreed with Clark because more than half (51.17%) of the total 2.88 million votes were cast against legalisation.

Clark had the highest profile of those who publicly campaigned for legalisation. Those backing it argued that the harmful effects of cannabis use could be better managed if the production, sale and use of the drug were regulated by the government, and if tax earnings from legal sales were used for the purposes of improving access to health services. Actor Sam Neill, who holds New Zealand citizenship, was quoted by local media as saying: “Let’s all get sensible and finally legalise marijuana, for heaven’s sake. Decriminalise it, regulate it, tax it.” Organisations and political parties that backed legalisation included the Helen Clark Foundation, the New Zealand Drug Foundation (NZ Drug Foundation) and the Green Party of Aotearoa New Zealand. 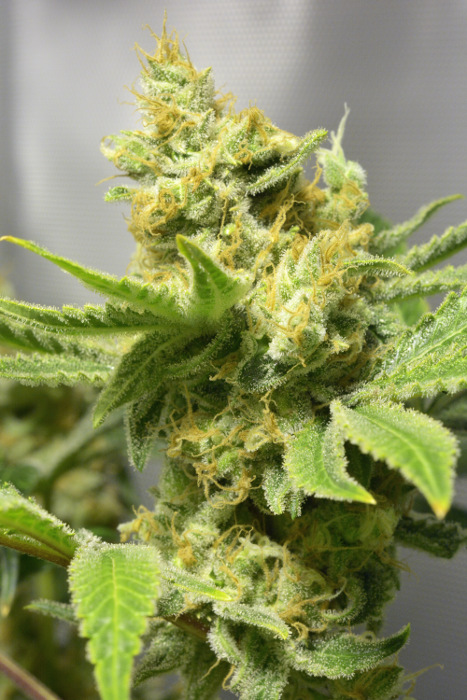 A 2010 UN study found that 17.9% of New Zealanders aged 15 to 45 used cannabis, and convictions for cannabis-related offences have been shown to disproportionately affect Maori. (Image: Don Goofy/CC BY 2.0 creativecommons.org)

Clark’s successor in the country’s highest office, former Prime Minister John Key, was vocal in his opposition to cannabis legalisation, as was Family First New Zealand and the Salvation Army. Those against legalisation argued that it would increase the negative effects that the drug has on physical and mental health, that it would result in increased use among youth, that the control of illegal drug markets by gangs would not be diminished—as those campaigning for legalisation argued—and that road and workplace accidents would increase. The New Zealand Medical Association (NZMA) confirmed its opposition to legalisation at an early stage of the campaign and its stance was seized upon by groups against legalisation. NZMA ultimately announced one week prior to the referendum that its position was in fact neutral after a backlash from doctors in the country who turned to the press with claims that the association had not consulted with members before speaking out against legalisation.

Had the vote gone in favour of those wanting legalisation of cannabis, New Zealand would have joined a growing list of territories that have legalised the recreational use of the drug—including Canada, Uruguay, Georgia, South Africa and 15 US states.

Canadian researchers reviewed the evidence relating to the effects of cannabis smoking on oral health in a January 2020 study. They found that smoking the drug was harmful to periodontal health, but that only sparse and inconsistent evidence could be found linking cannabis smoking with the onset of oral diseases such as dental caries, soft tissue lesions and oral cancers. They said that the literature suggested that cannabis smoking was an underlying risk factor for these diseases, however, and that use of the drug was observed to pose complications in dental care. Treatment planning and follow-up appointments for patients who smoked cannabis were identified as clinical challenges, as was obtaining an accurate patient history. The researchers also found evidence that consumption of the drug adversely affected clinical outcomes in treatments where adrenaline-containing local anaesthetics were used.

Recreational cannabis use was legalised on a federal level in Canada in 2018. In discussing the findings of the January study, the researchers wrote: “Based on this evidence, and in the context of the new reality of legalised cannabis in Canada, dental professionals should be alert to possible oral and general health consequences of cannabis smoking that they may encounter in their practice.” They said that awareness of the various forms and modes of consumption of the drug would help to inform optimal dental care.

In the US, recreational cannabis use is legal in 15 states and in the District of Columbia, but illegal at the federal level. The American Dental Association provides information on the oral health effects of cannabis on its website, where it notes that legal cannabis products are increasingly available in edible and other novelty forms that do not require users to smoke the drug. 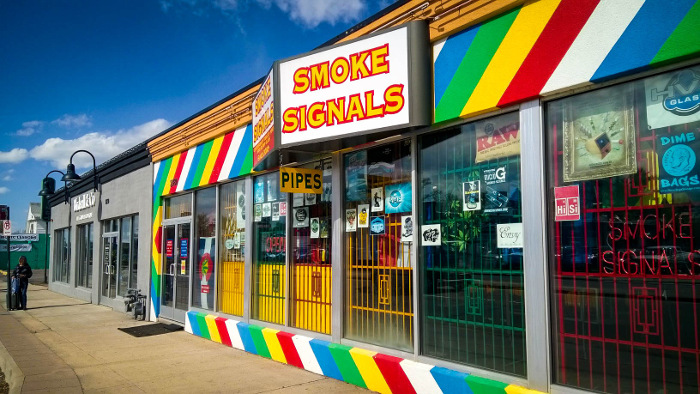 A wide range of cannabis and cannabis-containing products can be purchased over the counter at retail locations across North America. (Image: Mr. Blue MauMau/CC BY 2.0 creativecommons.org)

The argument for legalisation

Dr Stephen Graham, medical director at WellSouth, a primary health network in Dunedin in New Zealand, told Radio New Zealand (RNZ) in October that he supported legalisation because it would lessen the anxiety that prevents some users from getting help for cannabis abuse. He said that doctors need their patients to be more honest about cannabis habits. “I don’t think we know if people are being open with us about it,” Graham said.

Dr Nina Sawicki—who supported legalisation and cancelled her membership to the NZMA because of its initial stance on the referendum—told RNZ: “It’s hard enough with a legal substance, but with an illegal substance I think patients are often anxious and frightened to tell their doctor about how much they’re using.”

Kali Mercier, policy and advocacy manager at the NZ Drug Foundation, told DTI that legalising the recreational use of cannabis would help to strike a balance in the public health approach. “The purpose of the cannabis legalisation bill proposed by the New Zealand government was to promote public health outcomes. The idea is simple—legalising means you can put controls around a substance that is currently not subject to any regulations. That gives you the ability to regulate products to ensure that public health issues, including oral health care, can be considered in the choice of products, health warnings, packaging and so on.”

She explained that the idea was similar to existing regulations that the country applies to another drug that is damaging to oral health: nicotine. “The way we regulate tobacco in New Zealand is a good example. We put high prices on tobacco, make sure it is sold only to adults, do not allow any advertising and have health warnings on every packet. As a result, tobacco use has halved over the past 20 years in New Zealand. Meanwhile, cannabis use has doubled. Prohibition means less control, not more, with worse public health outcomes as a result,” she claimed.

Mercier said that harm reduction strategies, which have been increasingly recognised in public health policies as helping to reduce the harmful effects of drugs such as nicotine and alcohol, also apply to cannabis. “Harm reduction is a well-recognised public health measure,” she explained. “For example, with alcohol we have public campaigns recommending that people drink a glass of water after each alcoholic drink. We can tell people how many drinks they can have without becoming too impaired to drive, and we can make alcohol companies put standard drink measures on every product. We can use pricing to control how much young people drink and what types of products people favour. The same would be true for cannabis if we legalised it; we could control prices, packaging, portion size and—this one is important—potency. We can recommend that people do not use cannabis with tobacco, and we can steer them towards low-potency, non-smokable products such as oils and tinctures. Unfortunately, harm reduction is much harder to achieve in an illicit market.”

COPENHAGEN, Denmark: In a recent study, researchers examined the dentate status and the frequency of preventive dental visits of Danish adults over a period...

CHICAGO, U.S.: For a number of years, dentists throughout America have been working to improve access to oral health care for those in underserved regions. ...

OTAGO, New Zealand: Dental care in New Zealand is among the most expensive in the world, leading many residents to delay dental check-ups or avoid them ...

INDIANAPOLIS, U.S.: With the goal of improving oral health for better overall physical and emotional health, Regenstrief Institute and the Indiana ...

Prof. Nagihan Bostanci is head of Internationalisation in Dentistry and professor of Inflammation Research (Periodontics) in the Department of Dental ...

NEW YORK, U.S.: The effects of dementia on a person’s oral health can be severe, with research showing that even individuals with mild dementia are at ...

News Mon. 12. November 2018
Editorial: To live a healthy life, you do not have to go to extremes

GOTHENBURG, Sweden: In his book The Nordic Guide to Living 10 Years Longer, Dr Bertil Marklund, a general medical practitioner and an adjunct professor at ...