Home/Articles
News
New strains of the SARS-CoV-2 virus that emerged in the UK and South Africa in 2020 are behind substantial second waves of local infections and have spread outside of the countries through international travel. (Image: Lightspring/Shutterstock)

LEIPZIG, Germany: New variants of the SARS-CoV-2 virus that emerged in the UK and South Africa in 2020 show higher transmissibility. And whereas they are thought not to result in more serious disease or increased morbidity, a leading US expert on public health policy has emphasised that the higher rates of infection resulting from the new strains will mean more deaths. Scientists are scrambling to understand the new variants, and they are concerned that the mutations present in the South African strain may pose complications for the efficacy of vaccines and polymerase chain reaction (PCR) testing.

The higher rates of transmissibility shown by the new variants have led to them quickly becoming dominant over other strains of the virus. First Minister of Scotland Nicola Sturgeon said on 6 January that the UK strain, known as B.1.1.7, was responsible for around half of all new cases of SARS-CoV-2 infection in Scotland and that the number was rising. The new variant that emerged in South Africa, known as B.1.351, quickly became dominant in the areas of the country most affected by the pandemic and is thought to be behind a surge in new infections that has surpassed the previous peak in daily cases recorded in July.

The variant B.1.1.7 has been circulating in the UK since September and is thought to have begun thriving in autumn when SARS-CoV-2 cases spiked in Kent in south-western England. It has since been identified in at least 45 countries, and a number of these have recorded local transmission. According to tracking website cov-lineages.org, local transmission of B.1.1.7 outside of the UK had been reported in the following countries by 8 January: the US, Denmark, Canada, France, Germany, Ireland, Israel, Italy, the Netherlands, Portugal, Spain, Switzerland, Philippines, Romania and Slovakia. A 12 January report by the Brussels Times said that the UK strain was circulating in Belgium.

Like the B.1.1.7 strain in the UK, the B.1.351 variant is behind a substantial second wave of infections in South Africa and has spread outside of the country through international travel. So far, the variant has been identified by laboratories and researchers in the UK, Finland, Germany, Australia, Switzerland, Japan, South Korea, Botswana and Zambia. In the latter country, it is reported to have become the dominant strain.

The UK and South African variants share a mutation known as N501Y, which alters the receptor-binding domain of the spike protein of the virus where it binds to host cells, making it more transmissible. A December study by UK researchers, which has not been peer reviewed, found that that the UK variant is around 56% more transmissible than previous variants of SARS-CoV-2. A subsequent non-peer-reviewed UK study found a “small but statistically significant shift towards under 20s being more affected” by B.1.1.7 compared with other known variants. It remains unclear how much more transmissible the South African variant is in comparison with other known strains of SARS-CoV-2, but researchers are currently more concerned about the potential of the B.1.351 strain to evade vaccines. 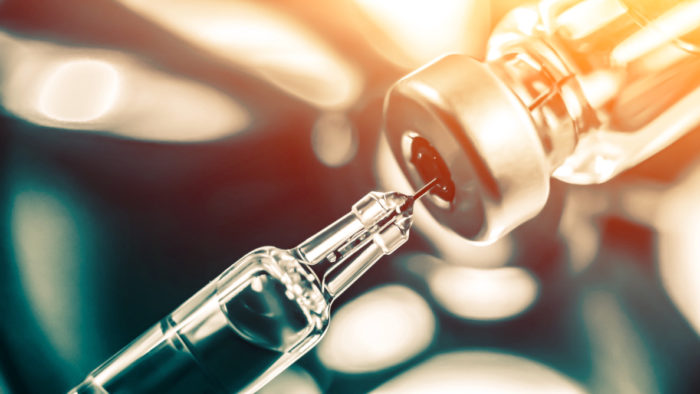 Scientists are concerned that a strain of SARS-CoV-2 that has emerged in South Africa may have the potential to evade current vaccines. (Image Numstocker/Shutterstock)

Will current vaccines work against new variants of the virus?

Scientists are worried that the B.1.351 strain may be resistant to currently available vaccines and that it may also result in difficulties identifying positive cases of SARS-CoV-2 through PCR testing.

In January, Science Media Centre published responses from scientists to questions from journalists about the B.1.351 strain. Additional mutations found in the variant were shown to be of concern. Dr Julian W. Tang, honorary associate professor and clinical virologist at the University of Leicester, explained that B.1.351 differs from B.1.1.7 in a number of ways which may lessen the effectiveness of vaccines. He explained: “Both variants share the N501Y mutation in the viral S gene which lies in the receptor binding domain (RBD)—where the virus binds to the host cell—and where vaccine-induced antibodies bind to the virus. But the South African variant has two more mutations— E484K and K417N—in this RBD region that are absent in the UK variant. These two additional mutations may interfere more with vaccine effectiveness in the South African variant than in the UK variant.”

Tang said: “This does not mean that the existing COVID-19 vaccines will not work at all, just that the antibodies induced by the current vaccines may not bind and neutralise the South African variant as well as it would the other circulating viruses—including the UK variant.”

“Both variants share the N501Y mutation in the viral S gene which lies in the receptor binding domain (RBD)—where the virus binds to the host cell—and where vaccine-induced antibodies bind to the virus”
– Dr Julian W. Tang, University of Leicester

Dr Simon Clarke, associate professor in cellular microbiology at the University of Reading, commented: “While [the B.1.351 variant] is more infectious, it currently remains unclear whether it causes a more severe form of the disease. Moreover, the South African variant is a more difficult virus to track as it lacks some mutations in the spike found in the Kent virus which make it easily detectable by the PCR test used by the [UK National Health Service].”

The Telegraph reported that scientists are now scrambling to undertake research on the efficacy of current vaccines against the B.1.351 strain and are investigating whether the strain poses an increased risk of infection for people who have already been infected with another SARS-CoV-2 strain.

Researchers in the US—where local transmission of B.1.1.7 has been identified in a number of states—found in a January study that immune responses generated by currently available vaccines or previous SARS-CoV-2 infections are unlikely to be evaded by the strain. “Our data suggest that the mutations seen in the B.1.1.7 strain of SARS-CoV-2 would not result in loss of dominant antibody responses to linear spike glycoprotein and nucleoprotein epitopes in the vast majority of our cohort’s COVID patients,” read the study, which has not been peer reviewed.

Presently, dental associations in the UK and South Africa have not provided updated guidance to members concerning the new strains, and dental clinics remain open in the two countries. In a statement praising the decision to include dentists in the first phase of the UK’s national vaccination strategy, Dr Raj Rattan, dental director at Dental Protection, said that the B.1.1.7 strain increased the risk of transmission in dental settings. “The new COVID-19 variant, which is 70% more transmissible, poses a greater threat than ever before,” he said.

According to Dr Ashish Jha, dean of the Brown School of Public Health, an increased infection rate will result in significantly more deaths from the virus. Jha said in a statement in January that the B.1.1.7 variant is “significantly more contagious than previous variants”, and he made reference to a December study by UK researchers that estimated that the variant was 40–70% more infectious than other strains. Jha wrote: “We should expect, without further action, that as the [B.1.1.7] strain takes hold, we will see an additional ten million infections in the US between now and end of February and during that time, we could easily see an additional 100,000 to 150,000 deaths.

Mathias Kuepper is the managing director of Koelnmesse and has been helping to organise IDEM Singapore, which is South East Asia’s leading dental show, ...