Home/Articles
Though local exhaust ventilation systems are primarily used in industrial settings, a team of UK researchers has found them to also be effective in controlling the dispersion of airborne droplets in a dental context. (Image: Roman Zaiets/Shutterstock)

NEWCASTLE, UK: One of the main ways in which SARS-CoV-2 is communicated is through airborne respiratory droplets—droplets that can be dispersed as a result of dental procedures. In a new study, researchers from Newcastle University have examined the applicability of local exhaust ventilation (LEV) systems for controlling the dispersion of these droplets and aerosols and found that they could be quite valuable for this purpose. 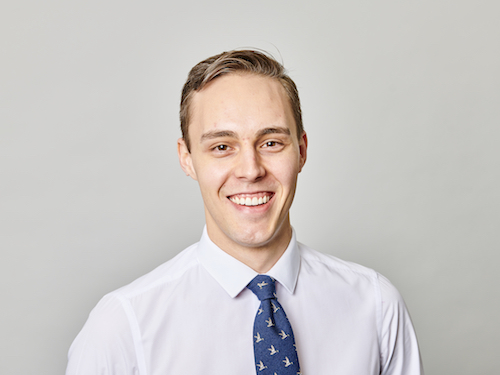 According to James Allison, lead author of the study and a clinical research fellow at the university’s School of Dental Sciences, LEV is often referred to as extra-oral scavenging or suction when used in dental settings. While such systems are employed in other industries to reduce exposure to airborne contaminants, their use is not currently commonplace in dentistry. To investigate the potential benefits of LEV systems in dentistry, Allison and a research group conducted a number of experiments on dental mannequins in both an open-plan dental clinic and a single surgical room.

Ten-minute crown preparations were conducted in the open-plan clinic using an air turbine handpiece, and full-mouth ultrasonic scaling was conducted over the same duration in the surgery. In both settings, fluorescein was added as a tracer to the instruments’ irrigation reservoirs and an LEV system with HEPA filters and a flow rate of 5,000 l/min was used.

“For me, the most interesting finding of our study was just how effective LEV is at capturing aerosols produced during dental procedures,” Allison told Dental Tribune International (DTI).

“We expected the device to have an effect, but the magnitude of this was quite surprising, particularly for droplets and aerosols produced during ultrasonic scaling. We think that this is because the tiny droplets in the aerosols produced by the scaler have less momentum than those from a dental drill, for example, and so are captured more easily by LEV,” he added.

Scope for wider LEV use in dentistry

As DTI has previously reported, a number of recent studies have discovered that the rate of SARS-CoV-2 transmission in dental settings has been lower than expected during the pandemic and that air purifiers could play a role in reducing transmission rates. One particular study conducted by researchers from the UK found that aerosol-generating procedures carried out in mechanically ventilated treatment rooms produced a low particle count that returned to the pre-existing level within 10 minutes of the procedure. LEV systems, meanwhile, were found to have a greater effect in non-mechanically ventilated environments and to reduce the spike in particle counts in mechanically ventilated rooms.

“We expected the [LEV] device to have an effect, but the magnitude of this was quite surprising” – James Allison, Newcastle University

According to Allison, there is “certainly a place” for LEV systems to be more widely used in a dental context. “In our experience, LEV systems are very unobtrusive for dentists to work with and for patients too,” he noted.

“They do take up a little bit of space and some units can be somewhat noisy, but in the context of making the dental environment safer for patients and staff this shouldn’t be too much of a barrier. The obvious scenario is during dental treatment where community prevalence rates of respiratory diseases are high, as we have seen in the COVID-19 pandemic, but also during seasonal outbreaks of diseases such as influenza and respiratory syncytial virus,” Allison concluded.

The study, titled “Local exhaust ventilation to control dental aerosols and droplets”, was published online on 10 November 2021 in the Journal of Dental Research.