Interview: “There are obvious advantages to leveraging the skills of a robotic system”

Home/Articles
Yomi, a robot-assisted surgical device, is the first and only platform of its kind to receive clearance from the FDA for use in dental implant surgery. (Image: Neocis)

As digital technologies become increasingly enmeshed in the everyday workflow of dental practices, dental education is changing to reflect their growing influence. One example of this is the recent announcement by the New York University College of Dentistry (NYU Dentistry) that it would be implementing Yomi, a robot-assisted surgical device developed by the health care startup Neocis, into its dental implant procedures. Dental Tribune International recently spoke with Dr. Alon Mozes, CEO and co-founder of Neocis, about the path toward Yomi’s creation and the benefits this system offers both dental students and practicing clinicians. 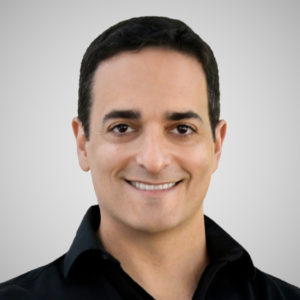 Dr. Mozes, thank you for taking the time to chat. How did the idea for Yomi initially come about? Your father is an experienced endodontist. Did this instill a desire in you to work in a dentistry-related capacity?
Funnily enough, I actually spent one afternoon when I was in high school at my father’s private practice while he was performing a procedure and drilling into a patient’s mouth. It wasn’t a great experience, and I decided then and there that I didn’t ever want my occupation to involve being stuck inside a dental office. So, my career path tended more toward engineering and computer science, and I quickly became really interested in computer graphics and special effects.

I began my career at Sportvision, the company that developed the yellow line you see during American football games on TV, and while there, I developed a baseball pitch tracker. It was great fun at Sportvision, but I wanted to make my way back to Miami and work on the medical side of things. I went back to the University of Miami for my PhD, which is where I connected with Mako Surgical, a very successful startup that was doing robotic surgery in the orthopedic area.

You worked at Mako Surgical as a software engineer, correct?
Yes, along with Juan Salcedo, the co-founder of Neocis, who was a design engineer at Mako. Working there gave us an in-depth understanding of robotic surgery, and we were looking to break into an interesting market. That was when I turned my attention back to dentistry. I started to investigate opportunities in the dental world and found that dental implants really stood out not only as a prime market opportunity but also, more importantly, as an excellent clinical match for the style of robotic surgery we wanted to develop at Neocis. 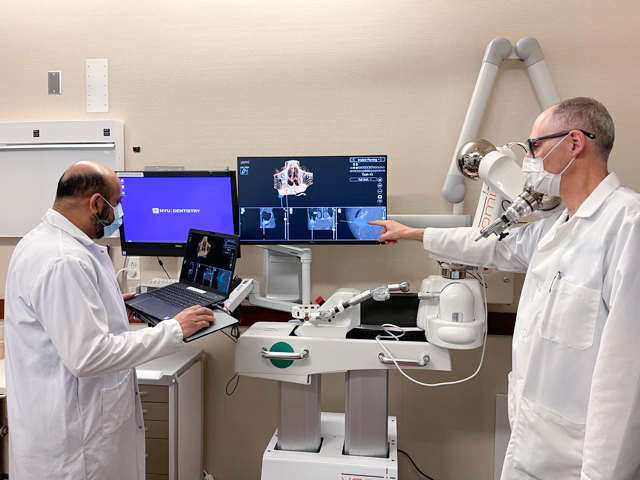 It’s just been announced that NYU Dentistry will be the third American dental school to integrate Yomi into its curriculum. What kind of benefits does Yomi specifically offer dental students?
The world of dentistry is becoming more and more digitally focused. You have preoperative digital technologies like CBCT scanners and intraoral scanners, whereas in a postoperative sense, there are devices like CAD/CAM milling machines that take the digital files and create prostheses from them. But there’s still a large gap when it comes to the surgical portion of dental procedures, a gap that needs to be addressed in order to fully digitize dental workflows.

This is where the Yomi platform comes in—it gives students an opportunity to conduct implant surgery in a digital way. And if students are able to access that kind of technology, it is going to give them a huge leg up, given that it’s the direction in which the industry is headed. Yomi can also act as a kind of democratizing technology where, if you plan the case ahead of time, the system is going to make sure the procedure goes exactly according to this plan. So, it really can provide dental students with tools to advance their skills.

“There’s still a large gap when it comes to the surgical portion of dental procedures, a gap that needs to be addressed in order to fully digitize dental workflows”

Turning toward clinical practice—what sort of issues does Yomi help to solve? Do practitioners need prior experience with implant navigation systems in order to use it successfully? 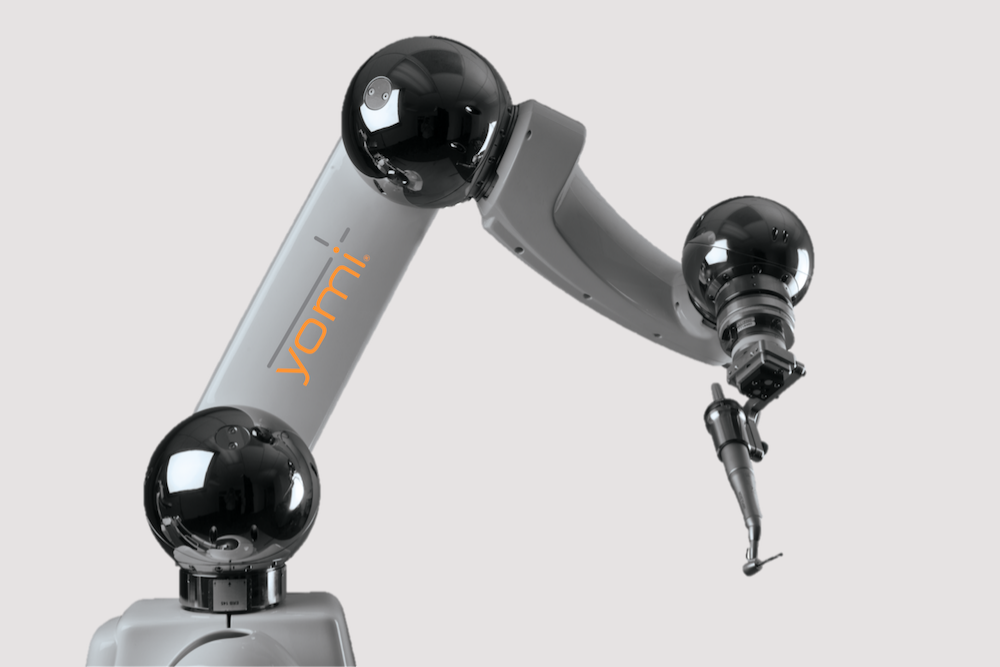 According to Mozes, Yomi is a “democratizing technology” that “can provide dental students with tools to advance their skills.” (Image: Neocis)

For novice implant surgeons or general dentists who don’t do that many implant cases, there are obvious advantages to leveraging the skills of a robotic system. But for even the most experienced dentists and oral surgeons, there’s an opportunity with Yomi to do cases that would otherwise be very challenging.

There may be cases where the practitioner wants to drill very close to the sinus without perforating it or drill close to a nerve. If he or she does this with a freehand technique, it often means making a large incision in the gingiva and opening the flap up to expose the bone. With Yomi, there’s the potential to conduct more flapless procedures, which are well documented as being less painful and even offering faster healing times for the patient.

We also recently received clearance from the U.S. Food and Drug Administration (FDA) for Yomi to be used in full-arch surgery. These are often very challenging cases, but they can potentially be sped up and made more efficient with the integration of Yomi.

What kind of training do you offer for Yomi users, and what kind of impact has COVID-19 had on this?
COVID-19 has certainly had an impact. Dental practices have become really good at handling the new challenges of the COVID-19 era and implementing the appropriate precautions, but it has still been very difficult for us to conduct training as we usually would. However, we’re moving toward a new normal now and are beginning to offer training again.

“Our goal is to make sure that the dentist is not only involved in the surgical planning and is using the software, but is also hands on when the time comes for the procedure itself”

We usually offer a two-day training program that trains not only the dentist but also the staff of the whole practice, so that everyone is engaged and the practice workflow is optimized. We then offer further support for, at minimum, the first ten to 20 cases performed with Yomi, ensuring that there’s no bumps along the way. To be honest, they get the hang of it very quickly, and that’s in large part owing to our years of experience in designing robotic systems and making them extremely user-friendly.

Yomi remains the first and only robot-assisted surgical device to receive clearance from the FDA to be used for dental implant surgery. Have you seen attitudes change in the American dental community toward such innovative systems since you first released Yomi?
There’s definitely been a good amount of growth so far, but we still feel that we’re just starting to scratch the surface in terms of Yomi’s potential. The typical questions that we’ve been asked since day one have concerned the role of the dentist in the procedure and whether or not Yomi will just do everything. Of course, that’s not the case. With a robot-assisted surgery system, our goal is to make sure that the dentist is not only involved in the surgical planning and is using the software, but is also hands on when the time comes for the procedure itself.

This approach provides comfort not only for the dentist but also for the patients, and it’s helped us make sure that skeptics out there really understand our approach, how safe it is, and just how many advantages Yomi can bring to clinical procedures.

Do you have any plans at Neocis to expand Yomi’s capabilities, either in a dental capacity or for other areas of health care?
There’s definitely a great deal of scope for expansion. We’ve developed the Yomi platform and fine-tuned it for dental implant surgery initially, and as I mentioned, we’ve now received clearance for it to be used in a range of cases from single implant cases in the esthetic zone through to complex full-arch cases.

We see this as a great start. Once Yomi is installed in dental practices, there are really many opportunities for it to be used in areas adjacent to the actual implant procedure. We’re helping dentists plan their cases, and we can add artificial intelligence and machine learning to help this preoperative stage go better and faster. We’re also continuing to address more complex surgeries such as orthognathic surgery, whereas tooth preparation for a crown, for example, is also something that can leverage this kind of technology. There’s a real opportunity for robotic assistance and automation in these areas, and we believe that Yomi’s usefulness can continue to be expanded far beyond dental implants.