Home/Articles
Two of the most acute problems experienced by major dental companies during the third quarter were shrinking consumer confidence and foreign exchange headwinds owing to a strengthening of the US dollar. (Image: Pop Paul-Catalin/Shutterstock)

LEIPZIG, Germany: The cascading effects of Russia’s invasion of Ukraine have hobbled global pandemic recovery. Third-quarter reports from the largest dental companies show that patients are thinking twice about some elective treatments and that clinicians are investing less in dental equipment. A strong performance by the Straumann Group helped dentistry through its third-quarter review, however, and milestones such as 14 million Invisalign patients and 90 years at Henry Schein remind us that it is a marathon, not a sprint.

Sales in Germany were the largest contributor to Straumann’s performance in EMEA, and those in Australia, Taiwan and Japan offset a growth slowdown in China and shored up earnings in the Asia Pacific region. In Latin America, powerhouse Brazil provided Straumann with robust demand, followed by Mexico, Columbia and Peru.

In the three-month period, Straumann launched the Neodent ZI implant system in Brazil, had its ClearCorrect clear aligner system approved by regulators in China and refocused its European direct-to-consumer clear aligner portfolio under the DrSmile brand.

Bill of US$1.2 billion brings Dentsply Sirona to a loss

Dentsply Sirona’s third-quarter results provided the first detailed look at the company’s operations in 2022 and followed an internal investigation that prevented it from filing reports for the first and second quarters this year. Net sales at the company during the third quarter decreased by 8.9% to US$947 million, and organic sales decreased by 0.7%. Foreign exchange pushbacks hampered the company’s total sales by 8.2%. Dentsply Sirona incurred a significant non-cash charge of just under US$1.2 billion for goodwill impairment, leading to an operating loss of US$1.2 billion.

Looking at the company’s regional performance, organic sales declined by 5.2% in the US, increased by 3.0% in Europe and remained flat in the rest of the world. Lower patient volumes in the US and China affected the company’s sales of dental consumables, and dental implant sales growth in the US and Europe was offset by a drop in implant sales in China. Dentsply Sirona’s new chief financial officer, Glenn Coleman, commented: “In China, we continue to see prolonged impacts from COVID-related shutdowns, which we accounted for in our prior outlook. Additionally, we are beginning to see the effects of volume-based procurement in China on our implants business. Over the long term, we believe [that] presents an opportunity for the business to increase volume, but in the near term the effects on pricing will be a headwind.”

“We are not satisfied with [our] third-quarter results; however, this quarter marks an important turning point as we enter our company’s next chapter,” Dentsply Sirona’s new CEO, Simon Campion, said in a press release, referring to a wide-ranging review of the company’s business.

Global dental sales at Henry Schein for the quarter amounted to US$1.8 billion, a year-on-year fall of 2.1% due largely to unfavourable foreign currency exchange rates that resulted from a strengthening of the US dollar. In local currencies, internal sales in North America were steady, and international internal sales increased by 3.3%, the company said in its earnings statement. 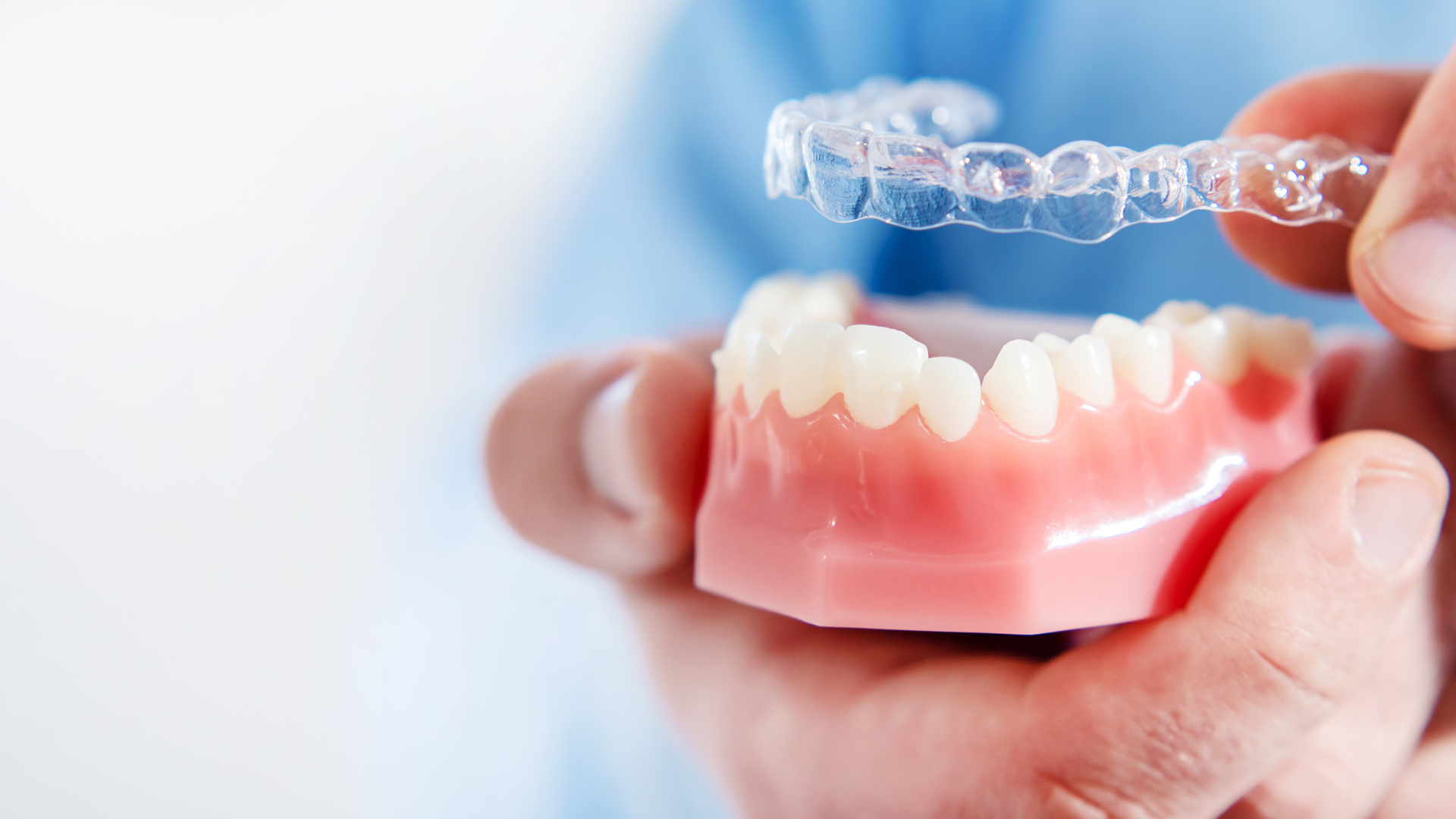 Align Technology CEO Joseph Hogan said that the number of adult clear aligner case starts in the third quarter had been volatile in the US, Europe and Asia. (Image: Alexandr Grant/Shutterstock)

Align’s revenue stream for the third quarter was affected by unfavourable foreign exchange rates, macroeconomic pressures and shrinking consumer confidence. The Invisalign manufacturer earned US$732.8 million from clear aligner sales—12.5% less than it did in the comparable quarter last year—and shipments of 577,200 clear aligner cases during the quarter represented an 11.9% year-on-year drop. Revenue from the company’s imaging systems and CAD/CAM services business—at US$157.5 million—was 11.7% lower than it was one year before.

Teen case starts totalled 200,000 during the three-month period—a 13% sequential increase and a near parity with the record 206,000 teen case starts in the third quarter last year. Regarding adult case starts, Hogan said that volatility in numbers had been seen in the US, Europe and Asia.

Hogan said: “[We] think teens are somewhat shielded—not completely but shielded from the economic environment because of the time window for treatment and parents who want to help their teens through that whole process.”

Reported sales at Envista totalled US$631.1 million for the third quarter—a year-on-year increase of 3.9%. According to Chief Financial Officer Howard Yu, earnings during the period were boosted by the company’s specialty products and technologies segment and offset by weaker performance in dental equipment and consumables.

Envista’s orthodontics business appears not to have suffered during the quarter from the downturn in orthodontic patient traffic. Envista earned more than twice as much from sales of Spark clear aligners than it did in the same quarter last year, and CEO Amir Aghdaei said that Envista’s traditional orthodontics business—including its new Damon Ultima brackets system—had also delivered growth.

Yu said that core sales growth in Western Europe increased by 9% during the quarter, but that sales in North America had been flat. A return to typical levels of oral care provision in Shanghai after COVID-19 lockdowns helped Envista’s sales in China to increase by 9.2%, and other emerging markets had delivered year-on-year sales growth of over 15% as they continued to recover from the effects of the pandemic.

Despite their varying performance, major dental companies agree that the fourth quarter this year will be a challenge. Aghdaei told analysts: “While private and group practices and [dental support organisations] remain excited about the promising outlook for dental, there is no doubt that the impact of inflation and potential for an economic slowdown, coupled with the various geopolitical risks around the world, including the conflict in Ukraine, continue to [weigh] heavily on clinicians’ minds.” He explained that robust patient volumes were not making dentists less cautious about their investments.

For its part, Dentsply Sirona expects to see a fall in elective procedures in the coming months—clear aligner treatment and implant therapy, specifically—owing to economic pressures on consumers in major markets that the company serves.

MELVILLE, N.Y., US: Just over 90 years ago, the shop bell of a humble storefront pharmacy in Queens rang for the very first time. The year was 1932 and the ...

SEATTLE, US: Amazon signed an agreement in July to acquire One Medical, a technology-centred primary healthcare provider that combines in-person, digital ...

HELSINKI, Finland/MALAGA, Spain: Finnish dental company Planmeca has announced its move into invisible orthodontics with the launch of HeySmile, a ...