Study indicates 16% of UK dental professionals may have had COVID-19Less than 1% of dentists in the U.S. affected by COVID-19, study findsSunshine vitamin D and COVID-19: Is there a correlation?Fallow time calculator launched after AGP reviewOrganisers of IDS determine new guidelines for 2021 eventPeriodontal status may play role in COVID-19 severityThe dental hygienist in times of COVID-19Survey shows UK periodontists feel let down by government and regulators during pandemicAEEDC Dubai postponed to summer 2021Millions of missed appointments: UK dentistry feels heat from COVID-19
Visit microsite
home / products

Back to products International 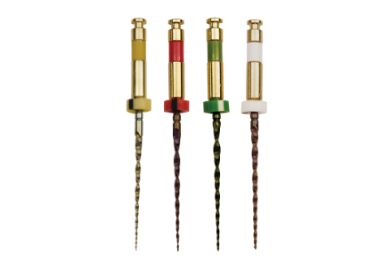 EdgeOne Fire is designed to shape root canals in a reciprocating motion.

EdgeOne Fire tests at twice the cyclic fatigue of competitive files, and is designed to shape canals in a reciprocating motion. EdgeOne Fire is available in three lengths: 21, 25, and 31 mm.

Debate on how to repair Ireland’s oral health continues

DUBLIN, Ireland: In the lead-up to the Irish general election on 8 February, the Irish Dental Association (IDA) has voiced concerns over the incumbent government’s National Oral Health Policy which was originally released in April 2019. Under the policy, it is planned to extend free dental care to include patients under 16. The IDA said the changes were unrealistic and that it would be advising its members to speak to patients about the issues before election day.

LEIPZIG, Germany: The idea of using a sheet of rubber to create a dry work environment for dental professionals goes back to the nineteenth century and can be attributed to Dr Sanford Christie Barnum. In the spring of 1864, the dentist from New York had the idea of making a hole in his protective napkin and placing it around his patient’s tooth. And just like that, the rubber dam was born. Now, over 150 years later, the use of rubber dams during endodontic procedures is considered common practice and is recommended by international associations and organisations. However, for various reasons, not all dental professionals performing endodontic treatment adhere to these standards. General dental practitioners seem to struggle with its use more than endodontists do. But why is this the case and what can be done to promote rubber dam tooth isolation?