DIY dentistry during the SARS-CoV-2 pandemic

DIY dentistry during the SARS-CoV-2 pandemic

For some unlucky dental patients, restrictions resulting from the SARS-CoV-2 pandemic have caused them to have to take matters into their own hands. (Image: Alexander_Safonov/Shutterstock)

LONDON, UK: As a result of the SARS-CoV-2 pandemic, dental practices across the world have been partially or completely shut down and routine dental check-ups largely postponed. For a few unlucky people, however, widespread lockdowns have left them unable to access dental services during oral emergencies, leaving them with a single viable option: do-it-yourself (DIY) dentistry.

When the severity of the coronavirus outbreak’s destabilising impact became apparent earlier this year, many national dental associations were relatively quick to react. By late March, dental practices in a number of countries, including Canada, Australia, the UK and the US, had been ordered to effectively close their doors to the general public owing to the potential for the spread of SARS-CoV-2 in such environments.

Though many of these countries have since eased health restrictions and begun to reopen dental practices for non-essential services, there are nevertheless a wide range of precautions now in place to limit the transmission of SARS-CoV-2 in healthcare settings. These precautions have resulted in vulnerable patient groups having to opt for such alternatives as teledentistry, and in recent weeks, numerous dentists and patients have come forward to share their experiences with at-home dentistry.

Patients taking matters into their own hands

“We have heard tales of people attempting to take their own teeth out,” Dr Catherine Tannahill, regional head of clinical dentistry at Portman Dental Care, recently told the BBC. “We’ve had people sticking crowns back on with superglue, then finding that they’ve stuck their lip to their tooth. We’ve had people bursting abscesses—none of this we would advise.”

Though Tannahill’s examples might seem extreme, there have been multiple reports of patients performing dental procedures on themselves owing to their inability to secure an appointment. Billy Taylor, a 33-year-old aircraft fitter, achieved a certain kind of notoriety in April when the story of him extracting his own infected tooth was widely published, and Debroy Parrington told the BBC that he experienced “immediate relief” after pulling a tooth out that had been giving him toothache. 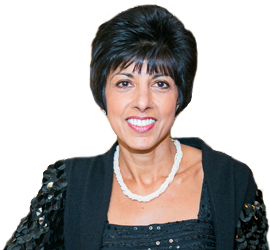 Dr Yasmin George has begun offering teledentistry services ever since her dental practice was forced to shut down owing to the SARS-CoV-2 pandemic. (Image: Yasmin George)

Dr Yasmin George, a Surrey-based dentist, told Dental Tribune International (DTI) that the abruptness with which dental services in the UK were shut down resulted in several of her practice’s patients missing out on pre-scheduled appointments for critical treatments such as denture fittings. As a result, she immediately turned to providing teledentistry services that, at times, included instructing patients and their family members on how to perform somewhat complex dental procedures.

“On the last day we were open, I just loaded up the car with gloves, masks and hand sanitisers and began distributing them to some of our patients who wouldn’t have access to these sorts of things,” George said to DTI.

She continued: “A couple of weeks into lockdown, one of my patients broke her tooth at the gingival level. If she’d been able to come in, I would have sealed it off with a bit of temporary filling material to prevent it from getting infected, but since she couldn’t see me, I had to instruct her husband on how to do it over the phone, with their daughter holding a camera so that I could follow along.”

“He ended up doing a fantastic job, but it was still a very stressful experience,” George concluded.

Despite her misgivings about the technology, George stated that she would certainly continue to offer teledentistry services in the future, particularly during the early pre-diagnostic stages of dental treatment. It is a sentiment that she shares with Dr Jalal Khan, the operator of a mobile dental surgery truck. In an interview with DTI last month, the Australia-based dentist said that he believed that the major use of teledentistry services was for triage purposes prior to an initial consultation rather than for diagnostic purposes.

Both George and Khan were, however, broadly opposed to the idea of dentist-guided DIY dentistry becoming a more common treatment option in the future. The American Dental Association (ADA) echoed its concerns in a response on the topic to DTI, stating: “Before any DIY dental treatment, it’s important that patients speak with their dentist about the potential risks and benefits. The ADA believes that, without the involvement of a licensed dentist, patients lose a very important quality control checkpoint—their dentist—to ensure all aspects of their treatment are performed and are progressing in the best interests of the patient.”

Whereas there might seem to be benefits to conducting DIY dentistry, particularly during these trying times, the truth of the matter remains: the best way for patients to take care of their oral health is under the guidance of a dental professional.

LEIPZIG, Germany: When widespread lockdowns began to be implemented in order to curb the SARS-CoV-2 pandemic, the number of unemployed people in many ...

LONDON, UK: One of the greatest challenges for the dental profession in returning to normal business is the inherent risk of SARS-CoV-2 transmission via ...

News Wed. 20. May 2020
Survey reveals how dentists are coping amid SARS-CoV-2 pandemic

CARY, N.C., U.S.: A recently released survey has investigated how dentists are managing their practices during the ongoing SARS-CoV-2 pandemic in the U.S. ...

At this point during the COVID-19 pandemic, many dental offices have begun to adapt to the current situation and resumed their day-to-day work. However, ...

News Thu. 9. April 2020
What Brazilian dentists are doing during the coronavirus pandemic

RIO DE JANEIRO, Brazil: By April 9, there had been more than 13,000 reported cases of COVID-19 in Brazil and 667 associated deaths, according to the World ...

EDMONTON, Alberta, Canada/NEW YORK, U.S.: As more and more countries ease their lockdown restrictions, an increasing number of workers are returning to ...

News Mon. 27. July 2020
Mental health in the dental profession during the COVID-19 pandemic

LEIPZIG, Germany: Even though millions of people suffer from anxiety and depression, according to the World Health Organization, psychiatric disorders often...

COLUMBUS, Ohio, U.S.: Researchers worldwide investigate COVID-19, and every week, new information about the illness is discovered or confirmed. A recent ...

BIETIGHEIM-BISSINGEN, Germany: Owing to the large number of patients seen in dental practices, there is always a danger of coming into contact with an ...

Mathias Kuepper is the managing director of Koelnmesse and has been helping to organise IDEM Singapore, which is South East Asia’s leading dental show, ...