It is estimated that more than 70,000 people have fled to Romania from Ukraine since the beginning of the Russian invasion. (Image: mady70/Shutterstock)

BUCHAREST, Romania: As Russia’s aggression against Ukraine has continued, humanitarian responses too have intensified, spreading to more and more countries. Now representatives of the Society of Esthetic Dentistry in Romania (SSER) have stepped up to organise various forms of assistance for Ukrainian refugees.

Since the outbreak of the war in Ukraine, thousands of Ukrainian citizens have been crossing the border with Romania every day. The representatives of SSER, together with members of its student organisation, SSER young, logistically supported by Trident dental clinic and MagnaPharm Romania, both in Bucharest, travelled on 4 March to the busiest border crossing point between Romania and Ukraine, near the town of Siret, to help Ukrainian refugees by distributing urgently needed gear, such as tents and sleeping bags, as well as clothes and oral hygiene products. 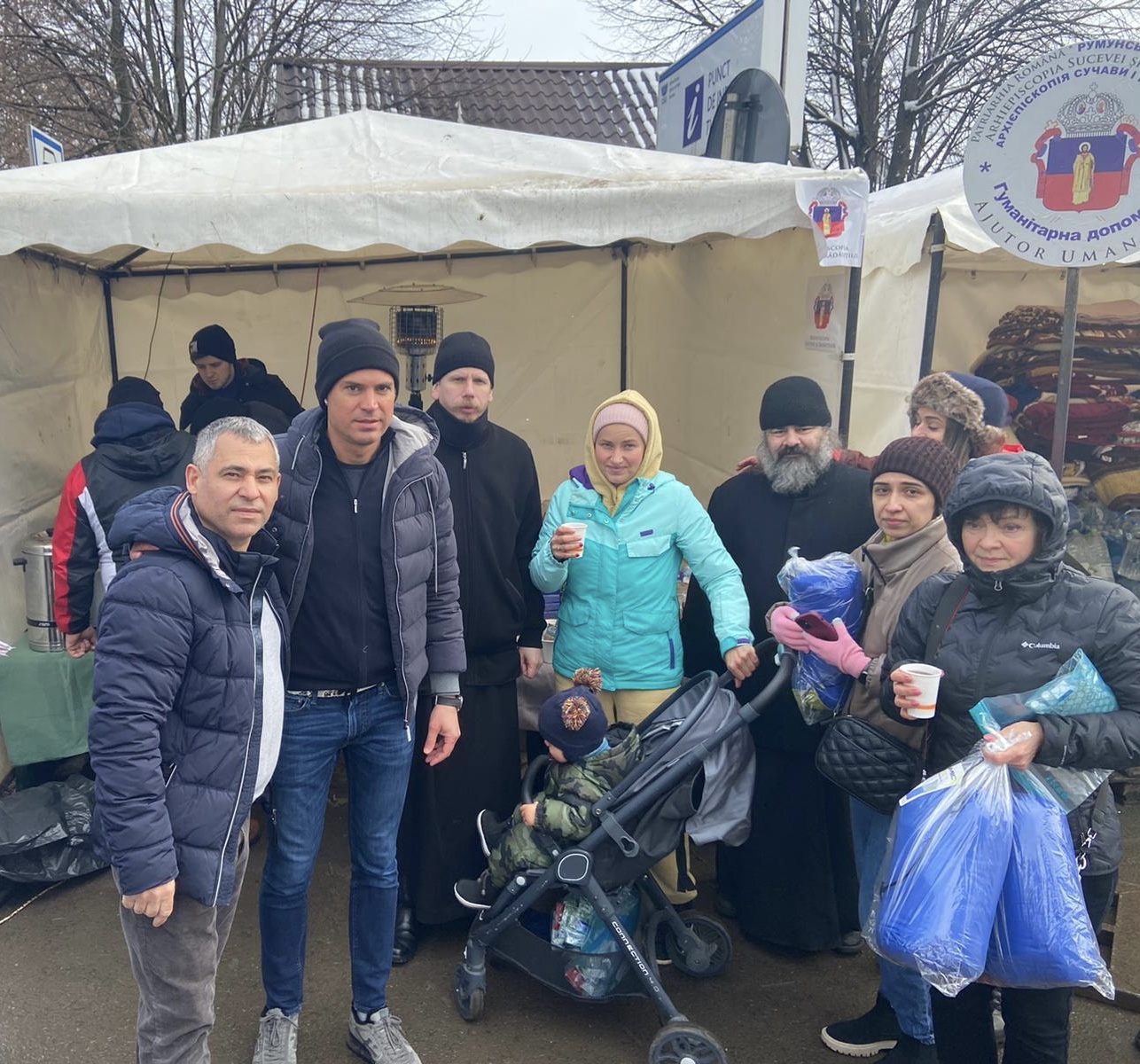 Dr Florin Lăzărescu (second to left) and his team travelled to the Romania–Ukraine border to bring supplies to refugees. (Image: SSER)

“I am amazed how our community has stood united and shown solidarity with those in need,” said Dr Florin Lăzărescu, associate director and dentist at Trident and corporate director of SSER. “Over the last seven days, we have seen demonstrations of empathy not seen in years. Hundreds and even thousands of people are offering help to refugees from Ukraine. Also, the authorities have acted effectively and are being very helpful. The Romanian border is wide open to all Ukrainians and so are our hearts. We will continue to help as long as needed, because unfortunately this is only the beginning of the major humanitarian crisis we will face. In coming weeks and months and maybe even longer, more people will need our help, and we need to be prepared for that.”

Through its branches in many cities in Romania, including Bucharest, Cluj-Napoca, Iași, Timișoara, Brașov and Galați, and through SSER members from all over the country, SSER aims to support other efforts to help Ukrainian refugees who have arrived in the country by offering free emergency dental services. Recently, a similar humanitarian initiative was launched in Poland.

ISTANBUL, Turkey: After hosting more than 76,000 visitors at the 2022 International Istanbul Dental Equipment and Materials Exhibition (IDEX Istanbul), the...

CHICAGO, USA: According to some reports, the Current Dental Terminology (CDT) codes may not be readily understood by dentists and other professionals ...

KYRENIA, Cyprus: On 13 and 14 March, the executive committee and members of the International Association of Dental Students (IADS) met in Kyrenia for its ...

SYDNEY, Australia: Though recent bouts of rain have brought some much-needed relief to areas of Australia battered by bush-fires in the past few months, ...

LOUGHBOROUGH, UK: Most of the UK population visit their dentist annually, and researchers from Loughborough University think that this primary care health ...

News Wed. 20. October 2021
Interview: The strength of a profession lies in coming together as a community

ISDH 2022 looks to “deliver a feeling of community”

After a three-year absence, the International Symposium on Dental Hygiene (ISDH) will take place at the Convention Centre Dublin in Ireland from 11 to 13 ...

The dental profession was hit hard by COVID-19, and there was great uncertainty about how to properly manage patient care at the start of the pandemic. Now ...

Kindness to oneself and self-love are concepts that are often spoken about in the context of looking after oneself and supporting personal well-being. ...

Traditionally, the more accurate methods of forming metal into the desired shapes have used subtractive manufacturing, which is the process of removing ...