FRANKFURT AM MAIN, Germany: From today, Dentsply Sirona will be marketing its new intra-oral scanner, Primescan. Just days before the international product launch, the company unveiled the high-precision scanner, and its newly developed acquisition centre, to an audience of press representatives and dentistry opinion leaders in Frankfurt. 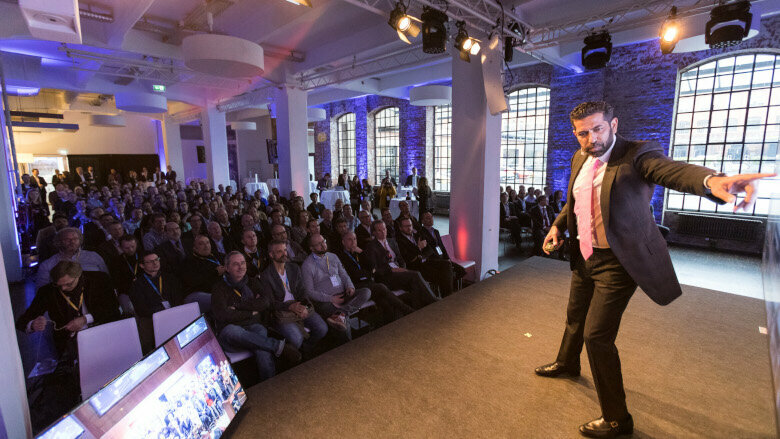 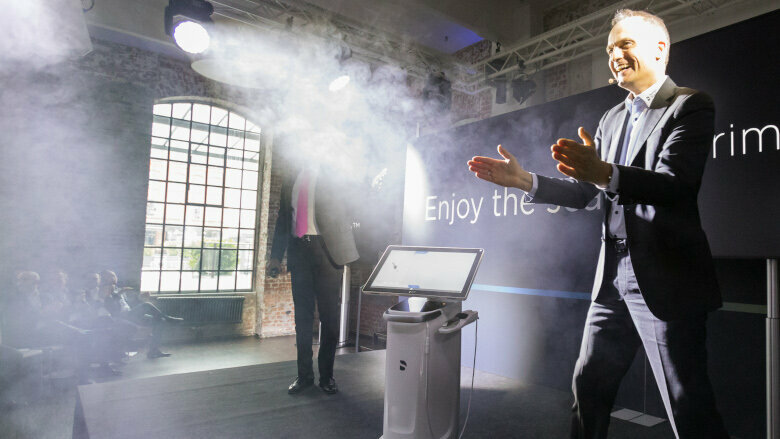 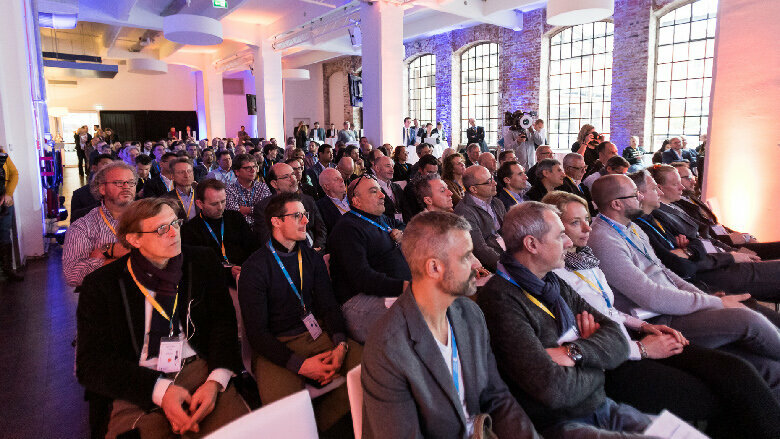 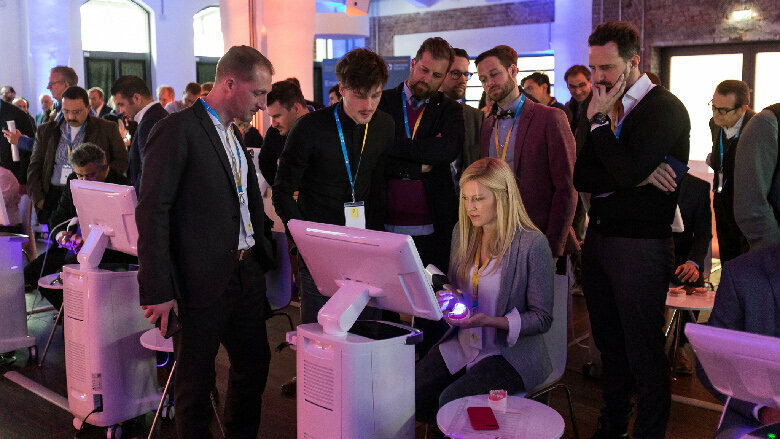 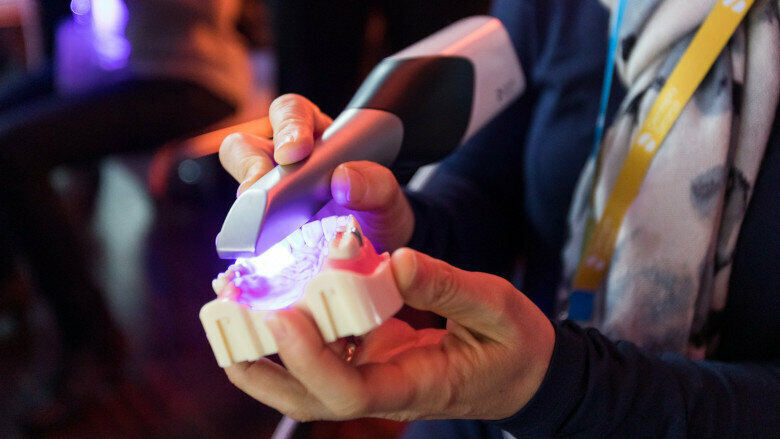 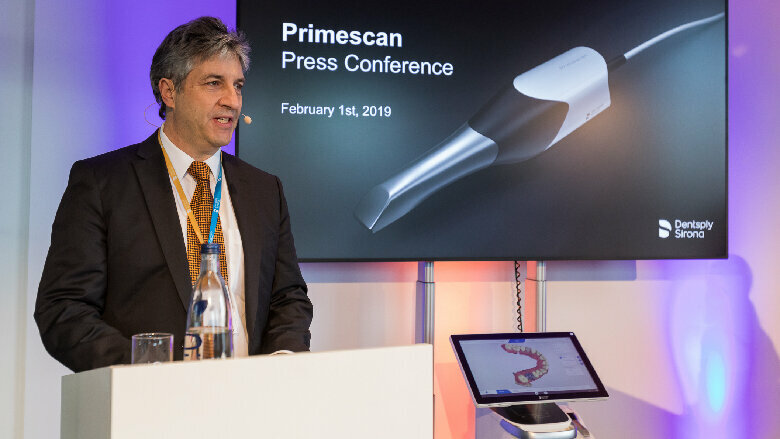 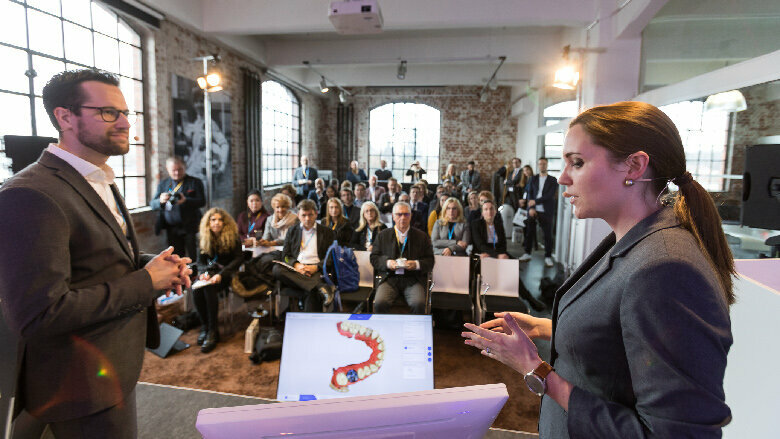 CAD/CAM specialist Dr Sameer Puri opened the event by introducing Dentsply Sirona’s new generation in intra-oral scanning technique. Puri said that the dental market is changing, practices are evolving and digital impressions now have an unmistakable place in dentistry. He said the new technology offered by Primescan means that practice owners no longer have an excuse for not incorporating CAD/CAM at their practices. “We can scan any tooth, any mouth, any surface with ease, and it works,” he stated.

Primescan’s high-precision smart pixel sensor captures high-resolution data and assesses the contrast in each pixel to consolidate more than 50,000 images per second for every 3-D image. This it does with speed: the entire maxilla can be captured in under 30 seconds and a full-arch scan can be done in less than 1 minute. The scanner’s lens completes more than ten movements per second to enable what the company calls the Dynamic Depth Scan, and intelligent processing filters compress the resulting one million 3-D data points so that models can be calculated faster. Primescan also makes it possible to scan deeper areas of up to 20 mm, which enables digital impressions for subgingival or deep preparations. Materials commonly used in dentistry can also be captured accurately, and information provided by Dentsply Sirona stated that implant specialists, for example, will appreciate the scanner’s impressions of edentulous arches or sites with implants, while orthodontists will value detailed rendering of soft tissue.

Members of the R & D team gave a demonstration of how Primescan performs: after a quick scan of the upper jaw of one of the team members, a 3-D model appeared on the acquisition centre’s touchscreen monitor. Pointing out the benefits offered by Primescan, Christian Schwarze, Global Product Manager of CEREC Scanning Hardware at Dentsply Sirona, remarked: “It’s about speed. Less than half a minute for the scan of an upper jaw; two and a half sweeps and no fancy scan protocols; and look at the result […] But it’s not just about speed and accuracy and ease of use,” he continued. “It’s also about peace of mind.” Primescan offers a versatile infection control processing range, according to Schwarze, and has been designed for accuracy and reliability, as well as for various digital workflows.

A nod to the increasing digitisation of dental practice, the launch of Primescan coincides with a push for increasingly simplified workflows and the generation and use of data in digital dentistry. Dr Alexander Völcker, Group Vice President of CAD/CAM and Orthodontics, summarised the motivation for developing Primescan. “CEREC Omnicam has a unique presence on the market and stands in thousands of practices. But we want more,” he said. “We want more workflows, we want to improve precision and we want to [scan] faster—in terms of patient convenience—and we want more reliability, to make sure that every time we scan we get the same result. And this is what we have achieved with Primescan.”

CHARLOTTE, N.C., US/BENSHEIM, Germany: Dentsply Sirona has announced its launch of DS Core, an open platform built on Google Cloud that integrates the ...

CHARLOTTE, N.C., US: Dentsply Sirona has announced that it has appointed Simon Campion as president and CEO. He will join the company’s board of directors...

SEOUL, South Korea: Even though intra-oral scanners have been around for more than three decades and their use in dental practice is increasing, few ...

News Wed. 13. March 2019
Inspired by your needs: Dentsply Sirona showcases Primescan and Surefil one at IDS

COLOGNE, Germany: Dentsply Sirona was one of the first companies to kick-start their IDS participation with a press conference on Tuesday. The market leader...

CHARLOTTE, N.C., US: Global dental industry leader Dentsply Sirona has announced that it will be taking a number of steps to improve digital workflows for ...

ORLANDO, Fla., U.S.: With SureSmile, the clinician starts with a digital impression, takes a 2-D or 3-D image, uploads patient photographs, approves the ...

BENSHEIM, Germany: Dentsply Sirona has appointed Dr Alexander Völcker as Group Vice President of CAD/CAM. Since starting at the company in 1990, Völcker ...

YORK, Pa., U.S.: Dentsply Sirona, manufacturer of professional dental products and technologies, has announced that three new board members have been ...