In 2020, China had around 1.4 billion cases of malocclusion, compared with approximately 245 million in the US, according to data cited by Angelalign Technology. (Image: Zay Nyi Nyi/Shuttertock)

BEIJING, China: When the largest Chinese clear aligner manufacturer floated shares on the Hong Kong stock exchange in June, it was obliged to make available to the public company and market information that previously had been difficult to obtain. Angelalign’s trading prospectus outlines the exceptional market growth that is forecast for orthodontic therapy in China by 2030, by which time the country is expected to have more clear aligner treatments per year than the US or Europe.

The primary source of market information that was included in Angelalign’s trading prospectus was taken from a commissioned report by the Hong Kong-based China Insights Consultancy (CIC).

The CIC report estimates that, by 2030, 9.5 million people in China will undergo some form of orthodontic treatment annually, surpassing estimated cases in the US (6.9 million), Europe (5.9 million) and the wider Asia Pacific region (5.7 million). The factors driving the growth in orthodontic treatment in the country are similar to those that have caused market growth in other countries—growing affluence, a heightened awareness of oral health and dental aesthetics, and an increasing number of dentists and hospitals providing orthodontic care, according to CIC. 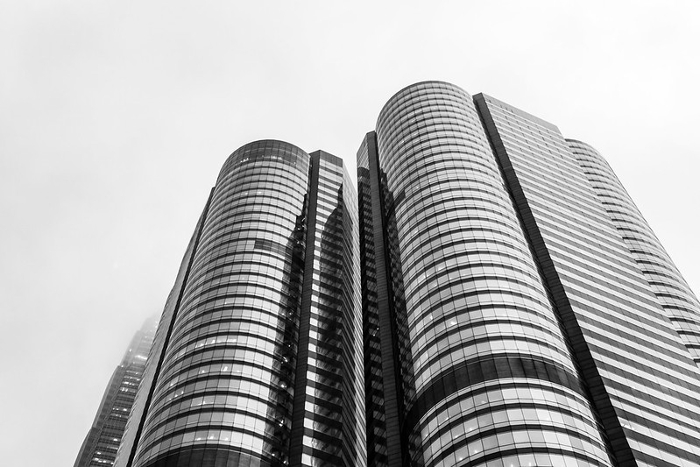 Angelalign Technology made its market debut on the Hong Kong stock exchange in June with an initial public offering of 16.8 million shares. (Image: See-ming Lee/CC BY 2.0, no changes)

The continued global increase in clear aligner cases is mainly driven by the popularisation of the therapy outside of the most established clear aligner markets—the US and Europe. Clear aligners first became available in China in 2010, and by 2019, the country was the second-largest market after the US. Most of this expansion has occurred in the last five years.

In 2015, retails sales of clear aligner trays in China were worth $0.2 billion, and this increased to $1.5 billion in 2020. During this period, the number of orthodontic treatments addressed using clear aligner therapy in China increased from 47,800 to 335,500. The CIC report estimates that a compound annual growth rate of 23.1% will propel the country’s clear aligner market to a retail value of $11.9 billion by 2030, by which time 3.8 million orthodontic treatments are expected to be addressed annually using clear aligner therapy. This estimate from the report would put China ahead of the US (3.7 million clear aligner treatments), Europe (1.9 million), the wider Asia Pacific region (1.7 million) and the rest of the world (0.8 million).

The traditional orthodontics market, however, is expected to endure and remain dominant in China. The value of retail sales of fixed appliances is currently estimated at $6.9 billion, compared with $2.0 billion from clear aligners. By 2030, it is estimated that sales of fixed appliances will generate $17.7 billion in sales and that clear aligner sales will generate $11.9 billion, the report states.

“[Among] the 3.1 million treated malocclusion cases in China in 2020, only 11.0% were addressed with clear aligners”

The prospectus said that an increased willingness to receive treatment for malocclusion was a driving force behind the growing popularity of clear aligner treatment, as were technological advancement in clear aligner therapy and the visualisation of treatment results using intra-oral scanning technology.

Angelalign is the largest competitor of Align Technology, based on the number of clear aligners that the company supplies. China accounted for 8% of Align technology’s total revenue in 2019 and was one of the company’s largest country markets.

A PDF copy of the Angelalign Technology prospectus can be accessed here.

BASEL, Switzerland/TIANJIN, China: The Straumann Group will be partnering with Tianjin ZhengLi Technology, whose clear aligner system has regulatory ...

ORANGE, Calif., U.S.: Western Dental & Orthodontics has launched a clear aligner system that will only be available at its chain of dental offices. The ...

SAN FRANCISCO, US: Advancements in 3D-scanning technology, thermoforming materials and 3D printing have paved the way for the clear aligner market to be ...

SYDNEY, Australia: An increasing number of Australians are wanting to repair malocclusion, and the demand for less intrusive and more cost-effective ...

BERLIN, Germany: The orthodontics start-up PlusDental has announced that it will add Spain to the growing list of European countries in which it offers its ...

News Thu. 31. January 2013
Aesthetics and function: Orthodontic–surgical collaboration as a key to success

Oral surgery is an important cornerstone in orthodontic treatment of malocclusions. Tooth movement is only possible to a limited extent and always depends ...

LONDON, UK: From 2 to 3 July, Align Technology presented its third Invisalign Scientific Symposium, which was held in a digital format for the second time ...

CHENNAI, India: The Indian Orthodontic Society (IOS) has submitted a complaint about direct-to-consumer (D2C) clear aligner therapy to the country’s ...