Home/Articles
News
Though IDS 2021 will look a lot different to this photo—taken during IDS 2019—event organisers are confident that both of the in-person and virtual components will prove to be a success. (Image: Koelnmesse)

LEIPZIG, Germany: Exactly six months from today, the 2021 International Dental Show (IDS) is slated to open. The 39th edition of the world’s leading dental trade fair was originally scheduled to take place from 10 to 13 March before the event organisers decided last December to postpone it to 22–25 September 2021. With clinically tested SARS-CoV-2 vaccines being rolled out across many countries, the prospects for IDS 2021 have now become a good deal rosier, leading the event organisers to declare that preparations are “going very well”.

“Despite the circumstances remaining challenging in some countries and regions, we are already recording a high number of registrations both domestically and internationally, with new registrations coming in every day,” Markus Oster, business unit manager of trade fair management at Koelnmesse, told DTI. 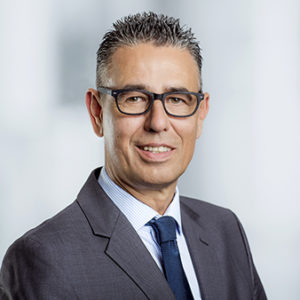 Oster highlighted the hybrid format of IDS 2021, which will be held in both in-person and virtual capacity for the first time this year. To do so, Koelnmesse and the Association of the German Dental Industry (VDDI)—the joint convenors of IDS—have developed a digital platform, IDSconnect, which they are currently “working tirelessly on”, according to Oster.

“In tandem with the physical exhibition, IDSconnect will offer information on products and system solutions and will enable the streaming of webinars, press conferences, events and one-to-one conversations with clients,” he noted. “This will facilitate a consistent international reach combined with a successful trade fair experience.”

Among scientific exhibition attendees, the demand for a digital platform such as IDSconnect is clear. A poll conducted by the scientific journal Nature of its readers found that 74% would like symposia to retain at least a virtual component once the pandemic is over. The primary benefits of virtual conferences, according to the poll’s results, are the greater accessibility they offer as well as the lesser carbon footprint—though 69% of respondents admitted that poor networking opportunities was the largest drawback of not physically attending said events.

Last October—when IDS 2021 was still scheduled to take place in March—Koelnmesse presented a prototype of its #B-SAFE4business Village, which showcased a new trade fair concept that aims to offer exhibitors and visitors a safe exhibition experience through extensive sanitation measures and a number of additional digital elements. Given the danger still presented by SARS-CoV-2, Oster confirmed that this hygiene concept would be in place come 22 September so that Koelnmesse and the VDDI can “guarantee the highest possible safety standards for exhibitors and visitors”.

“We are already recording a high number of registrations both domestically and internationally, with new registrations coming in every day”—Markus Oster, Koelnmesse

“The #B-SAFE4business concept will be adapted to government regulations in place at the time of the event,” Oster added.

Regardless, IDS 2021 will unfortunately still be missing at least one of its major exhibitors, Dentsply Sirona having announced in January that it, along with its brands VDW, MIS Implants Technologies and Zhermack, would not be in attendance at the rescheduled congress. 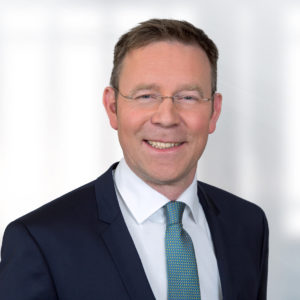 “This was a tough decision for us,” said Walter Petersohn, chief commercial officer at Dentsply Sirona, in a press release making the announcement.

“We respect the organisers’ efforts to make this show possible by moving the 39th IDS to September 2021. However, in order to prepare for such a major trade show, we need absolute planning certainty, which unfortunately does not exist at the moment in view of COVID-19,” he explained.

Furthermore, a preliminary list of exhibitors updated on 15 March did not include IDS stalwarts such as Nobel Biocare, KaVo Kerr, Henry Schein and Ivoclar Vivadent.

Rebounding from a dismal 2020

The importance of hosting a successful dental event that combines in-person and virtual elements is clear, particularly given the difficulties that faced this industry last year. As reported by the German business newspaper Handelsblatt, the mass cancellation of physical events saw Koelnmesse generate just €95 million in 2020—down from €400 million in 2019. It was far from the only such organisation to record losses of this scale, however, as the Association of the German Trade Fair Industry stated that overall trade fair business in Germany fell by approximately 70% during 2020.

As we look to slowly recover from the tumult of the COVID-19 pandemic, different associations are taking varying approaches to organising dental events in the months to come. The 2021 Seoul International Dental Exhibition & Scientific Congress is scheduled to physically take place in Seoul in South Korea from 4 to 6 June, whereas ADX Melbourne, the 2021 iteration of Australia’s largest dental exhibition, will feature both a virtual component and a physical symposium on 6–8 May akin to IDS 2021. The FDI World Dental Congress—which was to be held in the Australian city of Sydney between 26 and 29 September 2021—has, meanwhile, been shifted completely online for the first time.

In an interview last August, Mark Stephen Pace, chairman of the VDDI board, told DTI that he was “confident that IDS 2021 will become the decisive kick-off for a new start after the SARS-CoV-2 crisis”. Many in the dental industry are undoubtedly hopeful that this prediction will eventuate come September.

BRUSSELS, Belgium: On 1 December, dental professionals from around the world gathered for the launch of a new, virtual reality (VR) environment called ...

In an era where aesthetics and beauty dominate in advertisement, social media and many other aspects of our everyday lives, patients are actively involved ...

SOLNA, Sweden: Mounting evidence suggests that oral infections can affect the course and pathogenesis of systemic diseases and are an emerging challenge for...

share
save
advertisement
Related Articles
News Tue. 1. November 2022
“Like bacteria hitch-hiking on the fungi”—study shows how organisms “walk” across teeth

PHILADELPHIA, US: A research team from the University of Pennsylvania has found that, within hours of growth, groupings of bacteria were able to “leap” ...

PHILADELPHIA, Penn., US: A good oral hygiene routine requires manual dexterity and can be difficult for elderly people and people with disabilities. ...

SEATTLE, US: Current diagnostic tools measure the presence of caries, rather than assessing the risk of developing caries. Routine monitoring of the acid ...

LOUISVILLE, Ky., US: Researchers from the US have recently examined the role that oral microbes play in regulating antiviral responses in the oral cavity. ...