Home/Articles
Researchers have recently found that children who attend private schools or have a high family income are more susceptible to tooth wear compared with those from lower socio-economic areas. (Image: Olga Gorchichko/Shutterstock)

GOLD COAST, Australia: High socio-economic status has often been linked to improved health outcomes. However, according to a global study of 30 countries, affluence may also predispose people to oral conditions such as caries and tooth wear, since children who have a high family income enjoy increased access to sugary or acidic beverages such as soft drinks, energy drinks and packaged juices.

Dr Khaled Ahmed, internationalisation lead and senior lecturer in prosthodontics in the School of Medicine and Dentistry at Griffith University in Gold Coast, is the lead researcher of the study. He has a long-standing interest in tooth wear that originated in 2007, when he was undergoing postgraduate training at the School of Dental Sciences at Newcastle University in the UK. “That was my first attempt at a full-mouth rehabilitation of a severe tooth wear case. It took over 16 months to complete, but the pronounced transformation dentally and in the patient’s confidence and satisfaction with their appearance was both overwhelming and heart-warming,” he told Dental Tribune International. 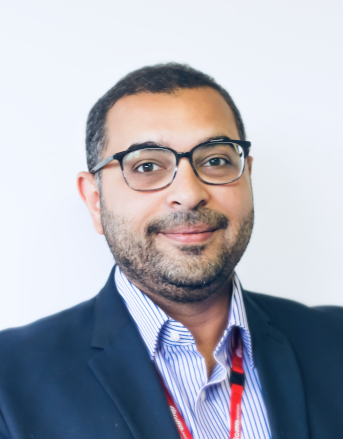 He later went on to select tooth wear as a research topic for his PhD while teaching at the University of Glasgow Dental School and was a member of one of the first research groups to use digital dentistry to clinically monitor tooth wear progression in patients. Nowadays, he remains curious about the topic and continues to research it. He explained: “My interest in tooth wear hasn’t waned over the years, and as a dental condition, it continues to intrigue me. It demonstrates how the impact of lifestyle factors like diet, affluence, underlying medical and mental health issues, oral hygiene practices, habits, hobbies, and occupations can be manifested dentally over many years.”

Socio-economic status and tooth wear: Is there a correlation?

In the study, Dr Ahmed and his fellow researchers from Griffith University and Singapore’s National Dental Research Institute sought to examine the link between socio-economic status and tooth wear in children and adults. In total, they analysed 65 studies that included 64,000 participants and found that children who attend private schools or have a high family income are more susceptible to tooth wear compared with those from lower socio-economic backgrounds. Additionally, they reported that increased access to soft drinks, energy drinks and packaged juices increased the risk of caries in affluent countries, predisposing their populations to higher erosive risk.

The study also found that adolescents whose parents had higher levels of education and wealth and who attended private schools showed a greater tooth wear prevalence, whereas adults who received higher education had a reduced risk of developing tooth wear.

Discussing the findings, Dr Ahmed noted that he found it fascinating how socio-economic status and affluence on a global scale can determine the risk of tooth wear based on age, be it childhood or adulthood. He explained that several studies have previously sought to investigate the link but that they had resulted in conflicting results.

Talking about the research, he commented: “Identifying these studies, synthesising and analysing them, then amalgamating the findings to discern a global link was a taxing task.” However, he noted that it was worthy of the effort as the study is the first definitive assertion of affluence as a risk factor in children from families with high socio-economic status, with the opposite true for adults. “When we embarked on this research project, we had an open-minded approach. Nonetheless, I had an inkling that this might be the result,” Dr Ahmed stated.

The impact of diet on children’s teeth

According to the researchers, there are three main recommendations that the study presents. First of all, regarding public policy initiatives, Dr Ahmed believes that the confirmed link between tooth wear and affluence supports a mandate to review access to acidic food items such as fizzy drinks and packaged fruit juices. Whereas some of them contain little or no sugar, they remain detrimental to oral health owing to their acidic content.

Secondly, from an educational perspective, the study shows a strong need to raise public awareness of the impact of diet on children’s teeth. This does not only include sugary food items but also acidic ones. “Wealth does not translate to better oral health in the absence of awareness and routine access to dental care,” Dr Ahmed noted.

Finally, from a professional standpoint, dental healthcare professionals should perform oral health screenings for tooth wear in patients and include socio-economic status as a risk factor. As Dr Ahmed put it: “Early diagnosis and management can prevent long-term, irreversible damage to the dentition that will be challenging to address later because of its biological and financial cost.”

A journey to healthy teeth

Besides socio-economic status, other major factors, including caries experience, fluoridation, access to dental care, education, oral hygiene practices and obesity have been previously linked to tooth wear. Even though some countries are becoming more aware of the harmful effect of sugar on oral health and are offering diet, low-sugar or sugar-free alternatives to sugary beverages, these remain acidic. However, Dr Ahmed believes that the introduction of a sugar tax, which was imposed in countries such as South Africa, Australia, the UK and Singapore, is a step in the right direction, especially when coupled with awareness campaigns and advertising regulation. Nevertheless, the extent of its effect remains to be seen.

The study, titled “Tooth wear and socioeconomic status in childhood and adulthood: Findings from a systematic review and meta-analysis of observational studies”, was published online on 30 September 2021 in the Journal of Dentistry, ahead of inclusion in an issue.

TURKU, Finland: During the first wave of the pandemic, the number of hospitalisations for SARS-CoV-2 infections in Finland was relatively low compared with ...

SOKOTO, Nigeria: Noma, a rare disease found predominantly in underserved areas, causes rapid progressive destruction, or gangrene, of the tissue of the face...

ANKARA, Turkey: The use of standard dental implants has become a widely accepted treatment modality for the rehabilitation of complete and partial ...

CLEVELAND, Ohio, U.S.: Researchers at Case Western Reserve University’s School of Dental Medicine have found that about 7 percent of children between ages...

OSLO, Norway: The widespread availability of vaccines in developed nations has significantly changed the risk of dentists contracting SARS-CoV-2 in a ...

BELÉM, Brazil/RUGBY, UK: A recent study has investigated the association between stroke and periodontitis, one of the most common human diseases affecting ...

BIRMINGHAM, UK: To fill a research gap, researchers have recently examined whether dental professionals are, in fact, at an increased risk of becoming ...

COPENHAGEN, Denmark: Erosive tooth wear (ETW) is of growing concern to dental professionals and therefore the subject of extensive research. A survey has ...

LOUISVILLE, Ky., US: Researchers from the US have recently examined the role that oral microbes play in regulating antiviral responses in the oral ...