Pretreatment photograph showing the exostosis and the overgrowth of gingiva over the dentition. (Image: Rhonda Kalasho)

A 31-year-old female patient presented to our care with esthetic concerns regarding the appearance of her gummy smile and bony protuberances above her maxillary dentition. The patient had photographs taken at the initial visit and an in-action video of her speaking and smiling to better understand and document the patient’s concerns. We treated her gummy smile with esthetic crown lengthening and restored her dentition with veneers and removed the bony protuberances.

The patient’s photographs did indeed reveal a gummy or excessive gingival display, along with hypermobility of the upper lip. Anterior images taken using cheek retractors showed exostosis on the buccal anterior of the maxilla bilaterally, which may have been contributing to the upper lip appearing thin when the patient smiled fully (Fig. 1). The patient’s posed smile showed normal mobility of the lip and uneven excessive gingival display (Fig. 2). The patient had noticed the bony growths becoming more prominent over the years, which is a normal occurrence.

Our treatment plan was to perform aesthetic crown lengthening on the anterior teeth along with the use of an initiated diode laser to help contour and shape the gingiva. At the same visit, we would remove the bony protuberances. Once healing had occurred after eight to ten weeks, we would prepare the teeth with veneers to restore the aesthetics.

A full-thickness flap with vertical incisions was reflected, extending from the distal aspect of tooth #13 to the distal aspect of tooth #23. Bony protuberances on the buccal aspect are benign, natural occurrences that may pose an aesthetic concern; nonetheless, maxillary exostoses are not pathological, nor are they dangerous to have. Some patients may notice the growth becoming more exponential as they age. In this particular case, the maxillary exostosis posed an undesirable aesthetic alteration that the patient wanted reduced. The patient had also noticed the growths becoming more pronounced over the years, and this was becoming concerning to her.

Once the flap had been reflected, an osteotomy was performed using a surgical handpiece and carbide #702 bur (SS White Dental), along with a bone file and Rhodes chisel. The bone was continuously hydrated with sterile saline. Bone recontouring for the crown lengthening was done with a round carbide bur. Lingually tied inter-papillary sutures were placed to close the surgical site. Excess gingiva was removed with a scalpel and diode laser (Fig. 3).

Temporaries were not needed during the time of gingival healing. After eight weeks, the patient’s healing was complete, and the patient was treated for veneers and temporized (Fig. 4). The veneers were seated after eight days. The final photograph shows the 24-hour check that we perform after veneer placement (Fig. 5).

The patient was highly satisfied with the treatment and really enjoyed the aesthetic results. We advised normal brushing and flossing and placed the patient in a night guard to safeguard the restorations and natural dentition from occlusal wear. The patient would continue to follow up with the office for three- to four-month cleaning and oral hygiene appointments. 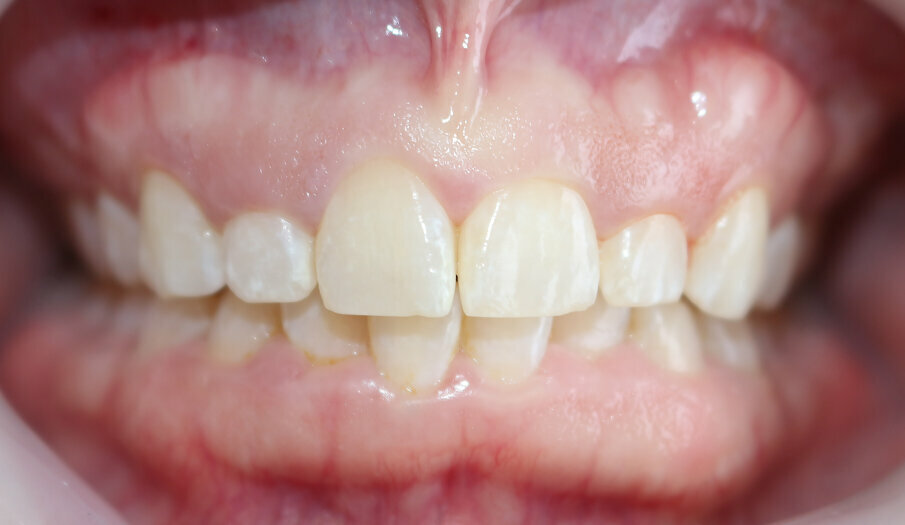 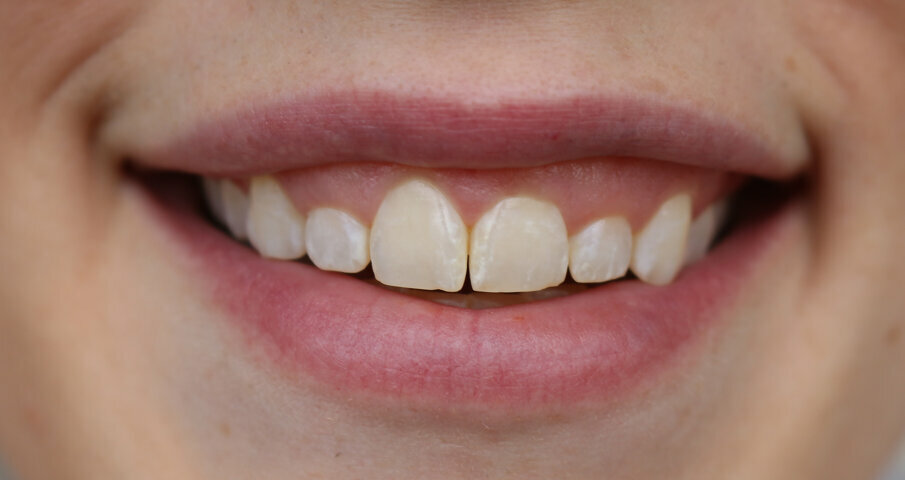 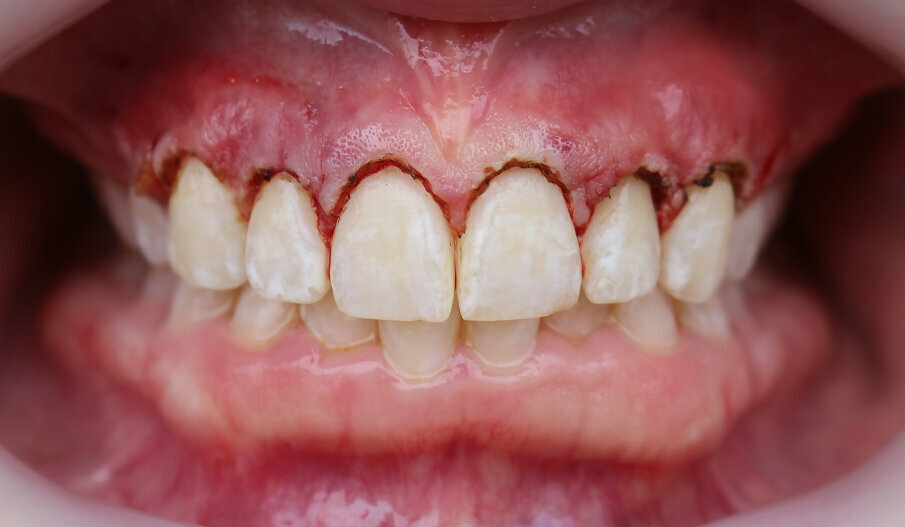 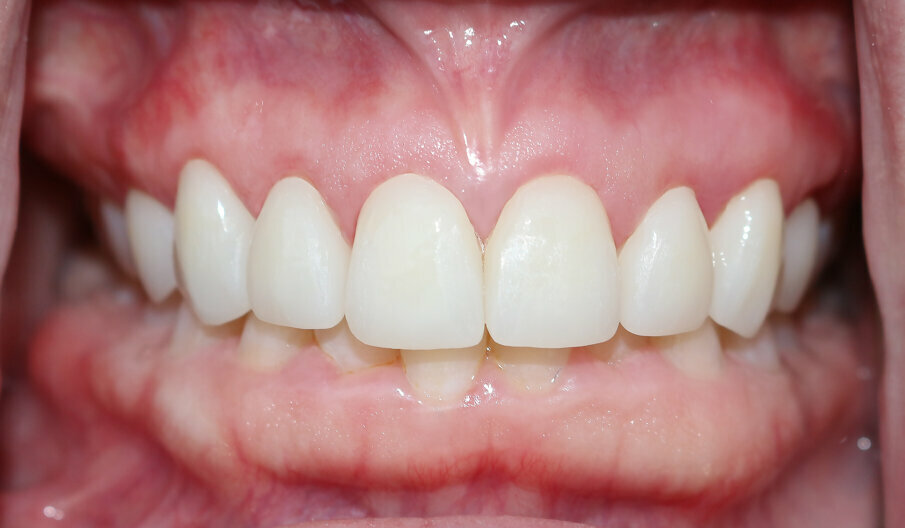 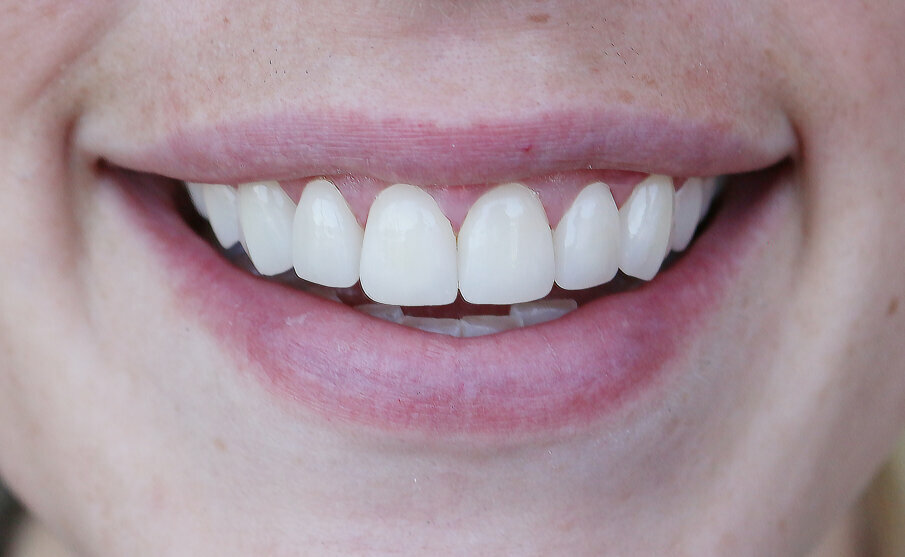 BEGO is a modern company with 130 years of dental expertise that has made a name for itself in 3D printing—most recently with the introduction of the ...

This article describes and demonstrates the use of the Erbium:YAG 2940nm laser system (LiteTouch, Syneron Medical Ltd.) as a central tool in the treatment ...

With greater public awareness about cosmetic dental reconstructions, the dentist is often challenged with greater demands from the patient. This increased ...

Natural teeth are complex in structure and difficult to imitate because many colours are distributed through the enamel and dentin.1 The structural ...

The restorative dental treatment possibilities available to practicing dentists have grown immensely over the past few decades. Considerable progress has ...

The aesthetics are always a significant challenge during implant restoration, especially in the aesthetic zone, in addition to the full consideration ...

Aesthetic dentistry is featured widely in the media as the field of dentistry that can change or enhance the appearance of the face, leading to an improved ...